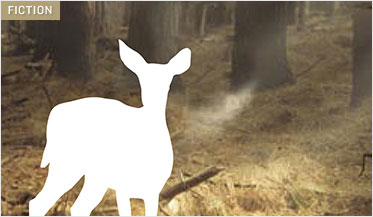 Intense psychological profiles dominate the literature of unease, sometimes known as “neo-gothic” and typified by such modern masters as Brian Evenson. In these tales, the suggestion of something not quite right about the narrator or the protagonist is followed by the dread that we will learn unsettling information not only about the character but about ourselves. In Castle, an often brilliant new novel by J. Robert Lennon, this classic paradigm is updated for a new century and a new context. Castle continues Lennon’s fascination with offbeat and alienated characters, explored in a different voice and meter in his prior novel, the black comedy Mailman.

Terrible events from the past anchor Castle. Their psychic weight presses down in unexpected ways on the present and in particular on Lennon’s narrator, Eric Loesch. Loesch returns to his childhood town of Gerrysburg, New York (pop. 2,310), intending to make a fresh start after experiencing severe trauma. A financial settlement received as a result of his discharge from military service has provided him with enough money to buy an old house sitting in hundreds of acres of nearly impenetrable forest.

The details of Loesch’s temperament and history aggregate to produce a subtly off-kilter portrait. A loner, Loesch keeps people at arm’s length out of an impulse to do no harm. He regularly practices relaxation techniques to keep himself calm. The circumstances of his parents’ death are sketchy at best, and he doesn’t keep photo albums because he isn’t “prone to reflection at all.” As Loesch puts it, “I make my most important decisions according to the facts on the ground, and do not allow the past or some sentimental interpretation of it, to interfere with my present actions.” The tragic absurdity behind these somewhat bloodless words becomes apparent later, but at the time the statement makes Loesch appear somewhat grounded and practical.

Have circumstances forced Loesch to come home, or is he searching for something? He asserts that “the world was my enemy; it had driven me here, to this sanctuary,” but can we trust him?

The “sanctuary” of Loesch’s house has a cellar that terrifies him. Invoking a traditional gothic feel, Lennon describes the paint on the walls as actually “peeling, although from an underlying dampness and rot.” He also finds, among other peculiar things left by the former owners, a child’s drawing of a “kind of castle, made of stone and turreted, with crenellated parapets, cannon ports, and a broad keep with round-arched windows.”

The house may be odd and creepy, but it’s the huge rock jutting out of the forest that proves downright perplexing. For starters, his realtor confirms that it doesn’t belong to him, despite being surrounded by his property. However, the monolith’s physical presence disturbs Loesch more than the question of ownership: “…the way it interrupted the gentle curve of the land seemed like some kind of challenge or rebuke. It appeared much the way I imagined a great whale might break the surface of a calm sea to draw a mighty breath.” Throughout the novel Loesch hides many things beneath the “surface of a calm sea,” revealing them only in his nervousness or unease. Lennon’s symbolism here may seem too overt, but it’s only from such clues that we can begin to piece together Loesch’s story.

After renovating the house, Loesch sets out to discover the owner of the rock. In doing so he sets in motion a series of events that force him to confront his past, and each encounter jars loose more memories. First, his sister Jill visits, and he drives her away because of a past grievance involving their family. Then he becomes fixated on an ethereal white deer that appears at odd moments. He tries to penetrate the woods to reach the rock, only to become disoriented despite his military training. This disorientation causes him to tumble into a pit clearly dug to trap human beings. While he is stuck in the pit, stress brings the memory of his parents’ death to the surface.

For awhile, the world does seem to be Loesch’s “enemy,” or at least somewhat threatening and mysterious. When Loesch finally makes it to the rock, he receives a further jolt to his psyche: “There was not one such outcropping, it now appeared; there were three, plus a fourth that was shaped like a box. They were all connected by a high stone wall, and were not natural formations at all.” In short, the rock is the castle in the drawing Loesch found on the wall in his new house.

Loesch’s discoveries at the rock — and a subsequent nightmarish retreat from the forest after someone steals his backpack of supplies — are the scenes on which Castle pivots and where the novel begins to subvert reader expectations. Lennon’s claustrophobic style and mood, which could support a classic supernatural approach, begin to veer instead toward the mundane. Meanwhile, the novel’s trajectory wormholes deeper into the past, opening up even more memories that Loesch has tried to keep hidden through his tricks of non-reflection. The primary revelation concerns the details of his parents’ involvement with a psychologist named Dr. Avery Stiles. Stiles’ methods were unsound, his research experimental, his results controversial. The man has also been missing for quite some time.

Pushing up against this discovery of Stiles’ role in Loesch’s past are other mysteries. What was the castle’s purpose? What happened to Loesch in the military? Who is stalking him through the forest? The answers often shock both Loesch and the reader, leading to a conclusion that is satisfying, appropriate, and oddly hopeful.

But plot doesn’t carry Castle — that burden falls to Loesch, the true castle under siege. He captures our attention by the bewildering number of defenses he builds to shut out what he doesn’t want to remember. In his silences and his aversions, we begin to see the outline of his burden, and we come to care about him because he chooses to try to shield others from the weight of that burden by locking it all inside.

This tale of alienation and unease, of a war both internal and external, serves as one of the best arguments I’ve read for the potency of neo-gothic literature in the 21st century. Lennon has mobilized all the elements of the classic horror tale — including the descent of a character into dark places — to speak to modern issues. Castle proves that in skillful hands these elements retain their power, relevance, and surprising ability to humanize, even in our jaded and surreal times.