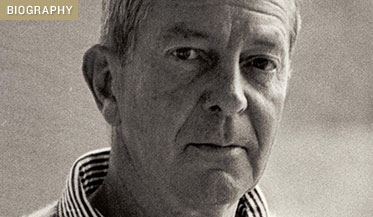 As conventions change and language shifts after an author’s death, his or her fiction tends to read differently. When this happens, speculation often arises through a new lens about what the true impetus for the work might have been. For the theories that emerge, even in our post-poststructuralist era, we are greatly beholden to Freud. Readers pick over texts and correspondence looking for clues and quotes to bolster pet theories — Fyodor Dostoevsky was bipolar, Emily Dickinson a closet case, Edgar Allan Poe a pedophile — that end up bound and sold as biographies. Although sometimes fascinating, these books generally rely on such scant evidence, stitched together with conjecture, that the very idea of an author’s novels providing any meaningful insight into his or her state of mind has become, in some quarters, a laughable cliché. Yet many writers do weave their own obsessions into fiction, and some also want to reveal the truth about the interplay between their life and work. In the end John Cheever, the subject of Blake Bailey’s magnificent new biography, was one of these.

Ranked in a survey, a few years before his death, as the third mostly likely American writer to “be read by future generations,” Cheever is largely remembered today — if he is remembered — as the nearly definitive practitioner of ’50s-era New Yorker short stories in which suburban husbands have a few too many martinis and wind up sleeping with the babysitter. Never mind that his best novel, Falconer, depicts an inmate and opium addict who achieves fulfillment in the slammer — a fulfillment he never had in life on the outside — when he begins meeting a fellow (male) prisoner for oral sex. What surprises the protagonist is not the act itself but the emotions it stirs up: “From what Farragut had read in the newspapers about prison life he had expected this to happen, but what he had not expected was that this grotesque bonding of their relationship would provoke in him so profound a love.”

At his death, Cheever left behind a 4,300-page journal whose “mostly typed, single-spaced pages” document his alcoholism, his troubled marriage, his myriad affairs, and his initial denial, but eventual slow-creeping acceptance, of his sexual attraction to men. Originally the author’s plans for this massive chronicle of his own evolution were unclear, but as the years passed and bisexuality entered his fiction more freely, Cheever took to showing explicit passages from his journals to visitors (although he never received the excoriation or absolution — whichever it was — that he craved). He also, notes Bailey, “became increasingly convinced that the journal was not only a crucial part of his own oeuvre, but an essential contribution to the genre,” despite or perhaps because of its focus on sex. “I read last year’s journal with the idea of giving it to a library,” he wrote. “I am shocked at the frequency with which I refer to my member.” It is a testament both to Bailey’s gift for storytelling and to the multitudinous variations of Cheever’s capacity for self-deception and self-loathing that this massive biography engages throughout its 700-plus pages.

Cheever’s sexuality was a fraught issue beginning in childhood. His downtrodden drunkard father appeared to fear he’d “sired a fruit,” while his mother, who became the breadwinner when the elder Cheever lost his job during the Great Depression, ordered the boy to do the housework and then accused him of sweeping “like an old woman.” Overall Cheever was a lazy and unremarkable student, distinguishing himself only by telling and writing gripping, highly imaginative stories. His most pleasant childhood memories revolved around his buddy, Fax, whose friendship he later described as “the most gratifying and unselfconscious relationship I had known.” It was Fax who explained how to masturbate, and the boys stayed indoors together on rainy days and practiced until the bed “got gummed up.” Then they moved to another bed. More than 50 years later the author was still given to pondering “substrata of aloneness” when he remembered Fax walking off a ball field “with his arm around someone else.”

Having lost his best friend, Cheever focused on little in high school apart from his writing. He drifted into and out of a prestigious prep school, where he rarely worked and was contemptuous toward the teacher who supported his writing most passionately. Because of his troubled home life and his talent, the school was willing to make allowances, but he remained lazy and recalcitrant and (if you believe his version of events) was finally expelled after being caught smoking behind the tennis courts one too many times. He quickly wrote a story about the experience and was only 18 when the piece appeared as the lead in a special issue of The New Republic. Thus did the start of Cheever’s professional writing career coincide with the end of his formal education.

Unable to place a second story, however, and unwelcome in the town where he’d been schooled, Cheever grew his hair out, took up with a “rather louche circle of intellectuals,” and became so close with his older brother, Fred, that he later told a psychologist the relationship — “the most significant?in my life” — was “like a love affair.” As Bailey concedes, “Whether it was an actual love affair is hard to say.” Yet Cheever’s journal suggests there was at least some physical component to their closeness, and writer Allan Gurganus says Cheever clearly implied “gay involvement” when describing the relationship to him years later. Regardless of what exactly transpired between the Cheever boys, Bailey shows that the author’s subsequent marriage and myriad affairs with women could not measure up, even with the aid of drink. Once he got sober in the mid-1970s, most of his erotic impulses were definitively homosexual. It was during this time that he finished writing Falconer, the prison story he called “the sum of everything I’ve ever known and smelled and tasted.”

In Bailey’s rendering, the awakening of Falconer‘s protagonist seems to correspond, metaphorically if not entirely factually, with the author’s own. While struggling to finish the novel, Cheever taught writing to some inmates at Sing Sing. He became fascinated by one student’s stories about “the casual homosexuality of prison life” and was instrumental in getting the man paroled. The two became involved in a “brief affair” that ended when the student got caught up in the drug scene. “I seem to love him,” Cheever confessed in his journal around that time.

What Bailey’s biography does best of all is to evoke Cheever’s terrible feelings of isolation. As his fame reached its pinnacle — after he’d appeared on the cover of Newsweek, been hailed as the “dean of the contemporary American short story,” and won the Pulitzer Prize — John Cheever was as lonesome as he’d ever been. Still married to a woman so worn down by his barbs and affairs that she barely spoke to him, he had few friends and no lovers, and was sexually frustrated much of the time. His brother’s death in those years sent Cheever “for the rest of my life, seek in other men the love he gave to me.” He hopped from writing program to writing program in search of a young buck to corrupt: “Such a person was not to be found at Bennington” or at Cornell, where, he wrote, “I meet no destroyer?. I would like to pluck someone from the gathering for my pleasure but I will not, I cannot.? No liquor, no sex, no love, no friendship, nothing but a cigaret and The New York Times. ” Ultimately, he met Max Zimmer, an aspiring writer at the University of Utah. Zimmer had fled the Mormon Church and a difficult life to devote himself to his craft; he became Cheever’s lover after the famous author suggested he alone could make or break the younger man’s career. For his part, Zimmer cherished no romantic notions about their relationship but felt “