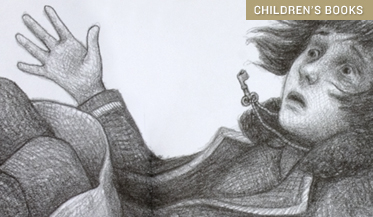 The Academy Awards of children’s literature were announced on Monday, January 14th. Although the American Library Association through its youth divisions bestows a variety of best books and media awards, the shiny gold stickers of the Newbery (for text) and Caldecott (for illustrations) are without a doubt the most familiar to consumers of children’s books. And in the world of children’s librarians, the annual excitement of bestowing those medals manifests itself palpably.

Indeed, for one hour, once a year, children’s librarians feel as if they are at the center of the universe. Their committees, consisting of representatives who have been elected from membership and appointed by leadership, have finished selecting the best books of the year, and the literary and publishing world takes notice. The decisions are made by the Saturday night of the conference — therefore, Sunday is a time of guessing and predicting. There is no knowing.

So, for the first three days of the midwinter meeting of the American Library Association 2008 Conference, the children’s librarians are buzzing with the likely contenders. ALSC (Association of Library Service to Children) and YALSA (Young Adult Library Services Association) members have read, critiqued, and blogged on the best of the year. At the conference they gather to discuss and speculate on the award winners. Public and school libraries conduct Mock Newberys and Mock Caldecotts in the fall with their constituents ,and the results are parsed with the idea that they may predict a winner (unlikely). The Newbery, Caldecott, Sibert, and Printz committees are closed. Their deliberations are secret. There is no shortlist as with the National Book Awards. The winners can be any of the eligible children’s books published in 2007. Committee members have read hundreds of books over the year.

This year the attendees lined up in an orderly manner at the Philadelphia Convention Center at a little after 7:00 a.m., waiting for the doors of the ballroom to open. This was not a quiet crowd. We knew nothing but couldn’t stop almost compulsively talking about the contenders and about our favorites. The press conference began at 8:00 with the most recently created awards.

First to be announced were the Alex Awards — a ten-title list of best books published for adults that would be of interest to teens. The first nine books I had heard of — the author was interviewed on public radio, I had read a review or recommendation, the book is sitting on a pile at home waiting to be read. I dutifully recorded the selections. I was shocked into a vocal “Yes!” when number ten, The Spellman Files, by Lisa Lutz, was announced. I loved this delightful mystery featuring a postadolescent protagonist who feels trapped in her family’s private investigation business.

The Coretta Scott King Award was established to commemorate the life and works of Dr. Martin Luther King Jr. and to honor Mrs. Coretta Scott King for her courage and determination to continue the work for peace and world brotherhood. It is given to African-American authors and illustrators for outstanding, inspirational and educational contributions. The odds-on favorite was Elijah of Buxton by Christopher Paul Curtis. The crowd of over 1,500 roared their approval when it was announced as the King Author Award. An equally enthusiastic response greeted Let It Shine, illustrated and written by Ashley Bryan, for the King Illustrator Book winner. I am sure awards aren’t chosen for the author’s public-speaking abilities, but, if given the opportunity, do not miss an in-person appearance by the inspiring Mr. Bryan.

The Pura Belpr? Award honors Latino authors and illustrators whose work best portrays, affirms, and celebrates the Latino cultural experience in children’s books. The winner for illustration was Yuyi Morales, illustrator of Los Gatos Black on Halloween, written by Marisa Montes. This is a dark and joyous intertwining of the Day of the Dead (El D?a de los Muertos) and Halloween. I had forgotten that 2006 publications were eligible for this biennial award. Margarita Engle’s The Poet Slave of Cuba: A Biography of Juan Francisco Manzano, is a book that, as clich?d as this sounds, brings history alive.

The Theodor Seuss Geisel Award (named for the artist and author most of us know as Dr. Seuss) for the most distinguished book for beginning readers was given to Mo Willems’s There Is a Bird on Your Head! I would like to express my gratitude to the committee. This new series of “Elephant and Piggie” books about two best friends, reminiscent of the dry humor of the now classic George and Martha series, are the best easy-to-read books this year. It must have been painful for the committee to choose just one. Fans of Willems got a double dose of joy that morning, as he also collected a 2008 Caldecott Honor for Knuffle Bunny, Too: A Case of Mistaken Identity. Go, Mo!

The Michael L. Printz Award is presented by the Young Adult Library Services Association for excellence in literature written for young adults. The assembly was surprised when they realized that the National Book Award winner, Sherman Alexie’s Absolutely True Diary of a Part Time Indian was shut out. The Printz was given to The White Darkness by Geraldine McCaughrean, an adventure story set in Antarctica. McCaughrean is a writer who has true storytelling mojo — no two books of hers are alike. I read whatever she writes and can’t remember ever being disappointed.

Most people haven’t heard about the Robert F. Sibert Medal. This is a medal given for the most distinguished informational book. The winner was the The Wall: Growing Up Behind the Iron Curtain by Peter S?s, a finely detailed illustrated memoir of the author’s life as a young artist living in Eastern Europe during the Cold War. This was the book with the most buzz for the Caldecott. My own favorite information book of the year garnered a Sibert Honor — Nic Bishop Spiders, written and illustrated by Nic Bishop, with its eye-popping photographs and cool arachnid facts.

Finally, the moment we had all been waiting for: the Newbery and Caldecott Awards: The winner of the 2008 Randolph Caldecott Award? sent our heads spinning. Did they say The Invention of Hugo Cabret? By Brian Selznick? “Whoo-hooo!!” (That was me screaming, hooting and hollering at the press conference.) This was the most groundbreaking book of the year. Selznik’s pencil illustrations are seductive, compelling, and certainly tell more of the story than just the words — in this volume, neither stands alone. A honking fat book of over 500 pages, Hugo Cabret contains over 200 drawings, and its appeal to children is undeniable. I had a group of 48 fourth-graders last spring who were enthralled by this cinematic story of an orphan who lives and survives in a Paris train station.

Conventional thinking said, No way could this win the Newbery. The Newbery committee can’t consider the illustrations. No way could it win the Caldecott. The Caldecott is given to a picture book. That’s usually a 32-page book in a large format intended for reading aloud to elementary-school children. This is crazy! This is outrageous! But, in fact, did Selznick’s work meet the award criteria? Oh, yes. (Did I think it had a chance? Oh, no.) Thank you, Caldecott Committee for thinking way outside the box.

The 2008 John Newbery Award went to Good Masters! Sweet Ladies! Voices from a Medieval Village by Laura Amy Schlitz and illustrated by Robert Byrd. Again, to say I was surprised is an understatement. I had read this book a while ago, enjoying its unique format: theatrical monologues interspersed with factual information about the Middle Ages. I remember thinking that it was a real gift for teachers, helping fill a major gap in the literature for children. The author, a school librarian clearly has in-depth understanding of her subject and her audience. There is nothing like this on my shelves. A few prescient bloggers proclaimed its excellence, but most writers asserted that a book this extraordinary could never win. Once more, the committee showed them!

People often ask me after the awards are announced if I was happy with the choices — was any writer “robbed”? Was I at all disappointed? Immediately following the press conference, the second-guessing begins. What were they thinking? How do you think they arrived at these honor books? Why two honor books not four? For me, that lasts about ten minutes. As I surveyed the winners, I was filled with pride in the hard work of my colleagues. And I was anxious to get home to share all of the chosen books with my teachers, with our students, and their parents.

Lisa Von Drasek is the children's Librarian at the Bank Street College of Education. Her reviews and commentary have appeared in School Library Journal, The New York Times, Kirkus Reviews, The Bark, Knowledge Quest, Teaching K-8, Nick Jr., and more.

Previous Previous Post: To Conquer Hell: The Meuse-Argonne, 1918
Next Post: In Defense of Food: An Eater's Manifesto Next