Cleaving: A Story of Meat, Marriage, and Obsession 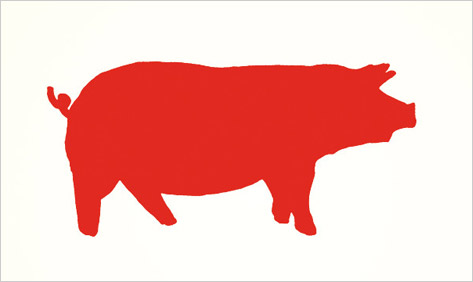 To fans of Julie Powell’s debut, the bestselling culinary memoir Julie & Julia, who settle down with her new book expecting another lighthearted and triumphant romantic romp, I offer four words of advice: Get comfortable being uncomfortable. At the start of Cleaving, before the split between Powell and her husband, Eric, has been delineated, she’s depressed enough to cry herself to sleep, sedated by alcohol and codeine-laced cough syrup.  A tremendous complainer, Powell launches herself out of her malaise and her love-rich but passion-exhausted marriage by temporarily relocating from her Queens apartment to a New York town appropriately named Rifton, where she apprentices as a butcher. There, she exerts enough energy hacking grass-fed cows to be waylaid by carpal tunnel syndrome.  The escape she seeks isn’t from Eric alone but also from a lover, D, with whom Powell has shared a grim affair that stretched from violent encounters against walls and in hotel rooms to a one-sided obsession she can’t shake. Carcasses provide relief; with butchery, instead of self-destructing, she can deconstruct whole animals, then devour her handiwork, with wine. After mastering the art of carving, along with sampling an array of anonymous sexual flings, she takes her curiosity on the road, to Ukraine, Tanzania, and Japan. Ostensibly, this quest is to compare global approaches to butchery; in reality, no matter the distance between them, she carries her two fractured relationships like heavy bones, undigested. Though the narrative is interspersed with recipes, it would be disingenuous to classify this as a book about food; Cleaving tells a messy, anguished story of heartache that cannot be cut away.

Sarah Norris, arts editor of The Villager, has reviewed books for The New Yorker, Village Voice, Time Out New York, and other publications.