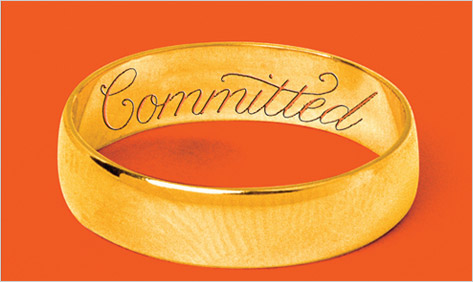 Anyone who has read Elizabeth Gilbert’s 2006 memoir, Eat, Pray, Love, probably feels they know the author pretty well by now.  In a book that became something of a publishing phenomenon, Gilbert swept the reader into her world, her travels, her very thoughts as she launched herself out of a miserable marriage and brutal love affair and onto a redemptive quest to find pleasure, God and, ultimately, a sense of balance. Like happy travel companions, Gilbert’s readers tagged along as she devoured the sensuous dishes, sights, and cadences of Rome; experienced a spiritual awakening at an ashram in India; and at last found contentment in Bali, in the gauzily mosquito-netted bed of her kind, handsome, older Brazilian lover, “Felipe.” Through it all, Gilbert entertained us with her keen humor and keener self-awareness, turning what could have been a maddening ego trip into a pleasurable journey. Having been so open with her confidences, Gilbert now seems, to many readers, like a dear friend.

When you’ve written a book like that — a book embraced by Oprah and squajillions of adoring women, a book that sat atop the New York Times paperback nonfiction bestseller list for 57 weeks, has been translated into 30 languages, and is currently being made into a movie starring Julia Roberts — what do you do for an encore? If you’re Elizabeth Gilbert, apparently, first you spend a year and 500 pages writing the book you think those readers want. Then you scrap that book, publish the book you really feel like writing, and hope your readers don’t hate you for it.

“In the end, I found a certain comfort in recognizing that I could not — cannot — write a book that would satisfy millions of readers. Not deliberately, anyhow,” she writes in the introduction to her new book, Committed: A Skeptic Makes Peace with Marriage. “The fact is, I do not know how to write a beloved best seller on demand. If I knew how to write beloved best sellers on demand, I can assure you that I would have been writing them all along…. But it doesn’t work that way — or at least not for writers like me. We write only the books that we need to write, or are able to write, and then we must release them, recognizing that whatever happens to them next is somehow none of our business.”

Fair enough. Still, Gilbert’s devoted readers may wish to know in advance that the book she needed to write this time around is quite different from the beloved bestseller she needed to write before. True, Gilbert and her Brazilian love, here again called Felipe (though that is not his real name), figure into both books. Committed returns us to exotic locales: Vietnam, Thailand, Laos, Cambodia,  and back to Indonesia, where Gilbert and Felipe first met. And Gilbert again assumes a loose, chatty, familiar tone. Yet despite these and other similarities, just a few years after many readers have met Gilbert, they may find her somewhat…changed.

At the end of Eat, Pray, Love, readers bid Gilbert and Felipe adieu on the bow of a fishing boat off the shore of a romantic island called Gili Meno, poised on the brink of their new life together. In Committed, we find them two years later, in decidedly more mundane circumstances, keeping house in Philadelphia, though still traveling from time to time: “He sold his jewelry; I worked on writing projects that required me to stay in one place and conduct research,” she writes. “He cooked; I took care of the lawn; every once in a while one of us would fire up the vacuum cleaner. We worked well together in a home, dividing our daily chores without strife. We felt ambitious and productive and optimistic. Life was nice.”

It does sound nice. And despite the domesticity, Gilbert appears in no immediate danger of crying and conversing with herself on the bathroom floor this time around. But upheaval comes when, during what the couple assumed would be an uneventful return home from a trip abroad, the Brazilian-born, Australian-passport-holding Felipe is refused reentry into the United States and taken into custody, due to visa restrictions of which, for some reason, the couple had been unaware. Before expelling Felipe from the country, a sympathetic Homeland Security officer explains that the easiest — perhaps only — way for the couple to continue to reside together in America is…to get married. That might seem like a no-brainer, but the very idea of marriage — with all its cultural, legal, and financial implications — fills these two divorce-battered souls with a deep, sinking dread.

However, as unthinkable as marriage is, parting is even more so, and so Gilbert sets out to make her peace with her fate. (She terms the exercise “a clamorous song of self-persuasion about marriage…until I could finally relax into my own acceptance.”) “I had failed at marriage and thus I was terrified of marriage, but I’m not sure this made me an expert on marriage; this only made me an expert on failure and terror…” writes Gilbert. “Yet destiny had intervened and was demanding marriage from me, and I’d learned enough from life’s experiences to understand that destiny’s interventions can sometimes be read as invitations for us to address and even surmount our biggest fears. It doesn’t take a great genius to recognize that when you are pushed by circumstance to do the one thing you have always most specifically loathed and feared, this can be, at the very least, an interesting growth opportunity.”

It can also be an interesting book opportunity. Committed is, basically, 300 pages of Gilbert picking apart the institution of matrimony in order to examine each piece from every possible angle — its history, its cultural implications, its gender inequities, its legal and personal entanglements — and then finding a way to put it back together so that it suits her. And though the book is rather a mishmash (no disciplined, tripartite, prayer-bead structure here) — neither a travelogue nor a history nor a scientific inquiry nor, really, even a memoir, though it combines all those elements — it does have a certain jumbled junk-shop charm, filled with random astute observations, amusing stories, and factual and literary bits and baubles for the reader to pause and admire.

Gilbert includes some banal finds as well. She can argue points at length that may seem all too obvious to some readers; she tends to sermonize. But it’s hard to accuse the author of preaching to the choir when her choir is so vast and heterogeneous. And if Gilbert’s multi-page defense of same-sex marriage or her extended argument on behalf of a woman’s choice not to have children prove to be perspective-altering for even just a few of her millions of readers — as they may be for many — then they are to be celebrated.

Yet while Committed‘s open-minded intellectual pursuits are its best feature, they are also its biggest flaw. Eat, Pray, Love was an exploration of the heart. Committed, Gilbert’s attempt to think marriage through, is all head. It lacks, to a great degree, the warmth and intimacy readers have come to expect from this writer. Halfway through Committed, Gilbert mentions that she loves Felipe. “Have I actually gotten this far in my book without having yet said that clearly?” she wonders. “I love this man.” In Eat, Pray, Love, all she had to do for us to get the gist was describe the way he kissed her shoulders, forearms, and fingertips.

Listen, it’s to be expected. If Eat, Pray, Love was like eating a tub of gelato with your best girlfriend (the single, funny, impulsive one whose entertaining outlook may not always match your own) and helping her through her latest heartbreak, Committed is like getting together after she’s settled into a long-term relationship. You haven’t seen her in a while, and it’s good to catch up, but gone are the frank discussions of sex, the teary confessions of loneliness and depression, the exciting tales of adventure. Sharing her life and her heart with another, she no longer has exclusive rights to parse it with you. What she can share are her thoughts and ideas. Sure, some of those thoughts and ideas are more interesting than others, but in a sense, this transition marks a certain growth. Elizabeth Gilbert has finally found her way to a contented place. And if she can accept her life on these new terms, who knows? Maybe her readers will, too.