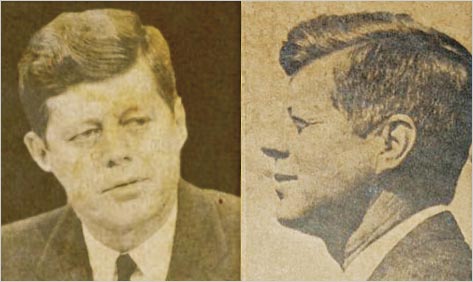 A well-spoken Democratic president whose background and ethnicity raised reactionary suspicions. A new government health care plan denounced as anti-American social engineering. Accusations of treason and talk of insurrection. Militia-like groups recruiting members. A powerful media machine waging all-out warfare on the president and his allies. In Bill Minutaglio and Steven L. Davis’s electric, frightening urban political history Dallas 1963, the authors don’t need to draw parallels between the conservative panic that erupted during John F. Kennedy’s presidency and the fears currently inflaming the far right wing. It’s all right there on the page.

Minutaglio and Davis aren’t interested in sifting the cold ashes of JFK assassination theories. “Our aim,” they state, “is to introduce and then connect the outsize characters and the singular climate in a city that many blamed for killing a president.” Dallas residents often carried a chip on their shoulder, resenting the belief that their home was just a jumped-up cow and oil town. But cattle and oil produced a lot of money. So when many of the city’s leading men decided in 1959 to wage war on the northeastern liberals, big-city Catholics, commie appeasers, and civil rights agitators they knew were destroying America almost as fast as Medicare, the effect was felt nationwide.

To one activist, Dallas seemed “a conservative paradise, a utopia overflowing with easy money and right-thinking people.” The authors describe a “seemingly staid city” whose placid mercantilist exterior barely hid a seething stewpot of paranoia and racism. It was stirred by a tight clique whose spittle-flecked hatred of Kennedy and his NAACP-loving liberalism make Rush Limbaugh’s commentary on Hillary Clinton seem tame by comparison. In clipped but striking prose, the book lays out a rogue’s gallery of southern gothics twisted with the gnawing terror that their (white, Protestant, xenophobic) America was being torn away from them.

There was H. L. Hunt, the richest man in America and a Howard Hughes–esque eccentric whose checkbook supported a stream of anti-Kennedy pamphlets and the country’s first wide-scale conservative radio show. Hunt’s well-funded spiritual adviser was Reverend W. A. Criswell, head of the city’s main Baptist church and a preacher whose thundering speeches furiously denounced liberals, Catholics, and desegregationists. Ted Dealey, publisher of the Dallas Morning News, made sure his paper fought a daily war against “all this unholy unthreading of American traditions”; founded by a Confederate officer, his paper even had a special term for Washington, D.C.: “The Negro Capital of the U.S.” The authors also give space to more positive characters like Stanley Marcus, the head of Neiman Marcus, who catered to the city’s wealthy while trying to boost the city’s cultural profile, and Juanita Craft, an NAACP organizer who was the first black woman to vote in Dallas County.

But the book’s landscape is more dominated by the likes of its dark star, General Edwin A. Walker. In one of history’s great ironies, Walker commanded the federal troops enforcing the desegregation order at Little Rock in 1959, but in 1962 he called for armed resistance to stop James Meredith from registering at the University of Mississippi. His flag-draped denouncements of the president led a senator to decry the likely mentally ill Walker as a “fascist-minded” traitor. Walker’s furious bigotry made him a hero to reactionaries across the South, especially in Dallas. That was where he made his home and where — in one of the stranger twists in history — Lee Harvey Oswald tried but failed to assassinate him in April 1963.

All of Walker and company’s invective isn’t tied directly to but laid alongside examples of an increasingly sour and hateful mood in Dallas. The twelve- and fourteen-year-old Fort Worth kids with Nazi armbands and bombs, stopped by a policeman before they could attack a synagogue. The “minkcoat mob” of wealthy conservative female protestors who swarmed Lyndon and Lady Bird Johnson in November 1960, screaming “Traitor!” and “Judas!” The cross burned on a Holocaust survivor’s lawn. By the time 1963 comes around, more people than not were cautioning Kennedy not to travel to Dallas.

The crackling narrative that these Texas journalists lay out is strictly chronological, running from September 1959 up to November 22, 1963. While generally restricting themselves to a punchy tick-tock of can-you-believe-this events, the authors have an unfortunate tendency to place themselves inside people’s heads: “As he ages, Dealey also likes to think…” This and the authors’ sharp eye for details (“businessmen in their long, fine Neiman Marcus woolen overcoats”) gives the story a novelistic sheen.

By brushing right past any theories about what shadowy cabal or band of assassins was behind JFK’s killing, Minutaglio and Davis go beyond the stream of new books that toss cold water on such X-Files fare (see Vincent Bugliosi’s Reclaiming History and Larry Sabato’s The Kennedy Half Century) in order to point the finger at an even more disquieting target. Nowhere do the authors say that furies stirred up by some of Dallas’s leaders were responsible for Oswald killing the president. But what this book strongly suggests is that while words can’t kill, they can certainly help to pull the trigger.