Diagnosing Giants: Solving the Medical Mysteries of Thirteen Patients Who Changed the World

By PHILIP A. MACKOWIAK 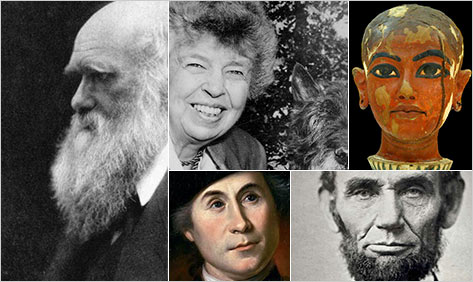 First, a word about Oxford University Press. Here is a publishing house that, like a shotgun with an open-bore pattern, sprays out a great many — often good and/or useful — books about wildly varied subjects without a lot in the way of promotion, marketing, or publicity. Its recent releases include From the Closet to the Altar, about same-sex marriage (nice title); H. P. Lovecraft: The Classic Horror Stories; Beyond “A Love Supreme”: John Coltrane and the Legacy of an Album; and, more prosaically, Measures for Clinical Practice and Research, Volume 1, Fifth Edition. Its backlist is as various as it is enormous — befitting a publishing enterprise that began in the fifteenth century. There are odd ducks quacking all over the Oxford catalog, past and present, and here is one of the currently loudest and most compelling of the species.

I mean, if I hadn’t had to head this article with the title and subtitle of a single volume, I would have been tempted to open my review this way:  Here are three sentences from three different nonfiction books (and you probably would have believed me): “He, perhaps more than any commander in history, bewildered his enemies and kept them bewildered.” “[Her] mother was a debutante of such great beauty that the poet Robert Browning was said to have asked to be allowed to sit and gaze at her while she had her portrait painted.” “Cyclic vomiting syndrome is a little known yet surprisingly common and disabling disorder characterized by recurrent episodes of nausea, vomiting, and abdominal pain separated by asymptomatic intervals.”

But they are indeed feathers from the same odd and fascinating duck, Diagnosing Giants, by Philip A. Mackowiak, a doctor, researcher, and administrator who holds well over the federal legal limit of titles and degrees. It’s a follow-up to Post Mortem: Solving History’s Great Medical Mysteries, which was well received and which basically did what Diagnosing Giants does, only with different large-looming historical figures. Post Mortem tried to figure out how and why Joan of Arc, Edgar Allan Poe, Mozart, et al. died. This time around it’s King Tut, Stonewall Jackson, Eleanor Roosevelt, and so on, and each brief chapter gives the reader not only medical speculations and diagnoses but capsule histories of the patient’s life and times. And I do mean “the patient,” because until about halfway through each “case,” Mackowiak refers to the subject as just that, “the patient.” So about half of each section is a delightful and frustrating guessing game as well as a test of the reader’s knowledge of history and biography. I failed, miserably, guessing only Eleanor Roosevelt early on. (The second paragraph tells us that “[the patient’s] husband lost the use of his legs to polio sixteen years after they were married.”) In other cases I thought it was Nero, not Caligula; I knew it was an ancient Egyptian ruler but not which one; and so on. (Warning: what follows contains spoilers for anyone hoping to read in this fashion.)

Dr. Mackowiak wonderfully synopsizes whole eras of history before he arrives at the differential and detailed diagnoses of the cyclical vomiting (Darwin), the tuberculosis (Mrs. Roosevelt), the “IgA nephropathy” (John Paul Jones), and inbreeding (King Tut). Yes, the medical language is sometimes above the heads of most lay readers: “Upon removing the skull cover, a solid fusion of the dura matter with the inner surface of the cranium is noted, primarily along the course of the longitudinal sinus.” But you kind of get what’s going on anyway, because Mackowiak often presents the various afflictions, wounds, disorders, and genetic problems in ordinary language. And he often provides contemporary descriptions of the patients’ symptoms and appearance — descriptions much less technical (and far more ignorant) than modern medicine provides. “He was prone to fits of melancholia so profound that he once claimed ‘If what I feel were equally distributed to the whole human family, there would not be one cheerful face on the earth.’ ” (Lincoln.)  “By the next day, ‘the perspiration was so profuse that it had gone right through the mattress and the mats, and the moisture could be seen on the floor.’ ” That description comes from “a close associate of ‘Al-Malik al-Nasir Salah al-Din Abu ‘l-Muzaffer  Yusuf ibn Ayyub ibn Hadi. (Saladin.)”

Those parentheses around “Saladin” at once convey the majesty of “the patient” and Mackowiak’s general tendency to approach each historically crucial case as one of a suffering and dying human being. The most impressive aspect of the book, besides its medical expertise and historical sweep, is its general tone of philosophy, its acceptance of mortality (or is it resignation?), and an implicit but strong emphasis on the excesses and limitations of medical knowledge and procedures in the face of death. It’s especially impressive because these tonalities emerge from — and in spite of — a thick scholarly apparatus. The 12-page Lincoln chapter alone has 83 footnotes (and an appendix consisting of the entirety of the 25th Amendment to the Constitution, passed only in 1967, which deals more carefully than the original document with presidential succession).

Mackowiak has a mordant sense of humor, and what better kind for a book that deals in disease, disaster, and death? “When Lenin begged for potassium cyanide to end his misery…there are those who believe that Stalin saw to it that his plea did not go unanswered.” And a gift for the grand and sonorous sentence: “We can never know which path history might have followed had Lenin’s vessels not turned to stone.” But mainly, Diagnosing Giants combines its author’s dispassionate approach to both history and affliction with a physician’s compassionate response to his “patients,” even the evil ones.