The creator of the bestselling Outlander novels on three of her favorite series. 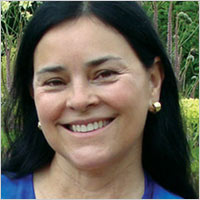 With Outlander and its bestselling sequels, Diana Gabaldon uniquely merged historical fiction with a time-traveling romance, sweeping readers away to intrigue and adventure in 18th-century Scotland. Her new work of fiction, The Scottish Prisoner, finds Lord John Grey investigating a mystery and threats of rebellion. When we asked Gabaldon to pick three favorite books, she responded, “When you have engaging characters and a terrific setting, my motto is — one book is not enough! These are my three favorite series.”

“The Aubrey/Maturin Novels: The very best of the many Napoleonic sea-sagas, and one of the very best literary portraits of a lifelong male friendship. Jack Aubrey, captain of His Majesty’s navy, and his particular friend, Doctor Stephen Maturin, engage in adventures of the mind, the heart, and the body, in stories dealing with espionage, natural philosophy, horrifying medical procedures, and — of course — sea-battles so detailed and immediate that you might be seasick if it weren’t so exciting. Rich characters, immense humor, and tremendously detailed, accurate history.”

The Game of Kings

“The Lymond Chronicles: Not to be confused with George R. R. Martin’s Game of Thrones, this is a fabulously rich series set in the Europe and Mediterranean of the sixteenth century. Pre-eminent for complex plotting, political intrigue, and multi-layered characters, Dunnett’s books are love ’em or hate ’em. The writing is rich and allusive but often dense, the emotions are gripping, but motivations are often deliberately obscure. Not for the faint of heart, but those readers willing to invest the necessary time and attention will be rewarded.”

The Wine of Angels

“And for something more contemporary — the Merrily Watkins Series: The Reverend Merrily Watkins is a widowed Anglican vicar, with an obnoxious teenaged daughter. She’s also the official exorcist (aka “Deliverance Consultant” in the church’s discreet parlance) for the Diocese of Hereford. By turns gripping, hilarious, and Truly Scary (Rickman was originally a horror writer), these books are superficially mysteries — but with a major thread of the supernatural running through them. Wonderful characters, great plots, and lyrical language that evokes the mysterious lands of the Welsh border country.”