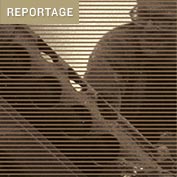 If a book could supply electricity, Michael Herr’s Dispatches would sustain the grid of an international city by itself; no wonder it’s now been reissued in the prestigious Everyman’s Library series. In November 1967, Herr arrived in Vietnam as a correspondent for Esquire magazine. As a freelancer, he was liberated from having to meet panicky deadlines; seemingly, this leeway allowed him to evade the fog of officialdom that hexed a lot of reporters. Herr was infinitely less preoccupied with sussing out dubious statistics, in comparison to diagnosing the hydra-shaped personality of the conflict to peer into the war’s “secret history.” His sentences read like the work of a hopped-up metaphysician who’s consumed by the aesthetics and ontology of a vicious slaughter he volunteered to experience (his willingness to take on the task was a head-snapping fact for many of the draftees he met). This evocation of the geography of a region illustrates the hazards to which the author exposed himself in pursuit of his fever dream: “You were there in a place where you didn’t belong, where things were glimpsed for which you would have to pay, and where things went unglimpsed for which you would also have to pay, a place where they didn’t play with the mystery but killed you straight off for trespassing.” That Herr made it out alive and bequeathed us these restless pages ranks high on the index of the most stupendous benedictions visited upon literature in the English language.