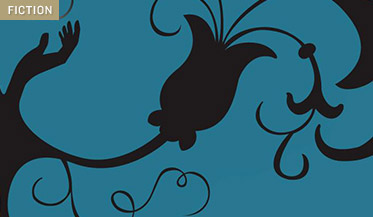 In Orwell’s essay “In Defense of the Novel,” he argues that praise inflation in literary criticism — the ever-increasing number of “must read” novels — damages the entire genre of fiction. A mediocre book becomes a good one. A good book is promoted to great, and the truly remarkable few are overlooked, drowned by the din of acclaim. How, then, should a reviewer write about a book that is so alarming and so extraordinary that she wants to take up a one-woman advertising campaign on its behalf, to exclaim its virtues, and to fling superlatives with abandon? Julia Leigh’s new novel, Disquiet, is such a book.

Fortunately, this novel itself is a model for literary exactitude and restraint, characteristics that are embodied in the spare and elegant plot. A mother, Olivia, and her two children, Andrew and Lucy, return to the mother’s childhood home, a château in France, after 12 years away. In the days leading up to Olivia’s unexpected return, her mother has been preparing the house for the arrival of the newborn child of her son, Marcus, and his wife, Sophie. When Marcus returns from the hospital, he is quietly surprised to see his sister, but his shock is overwhelmed by grief. Moments after she was born, his daughter died. Marcus and Sophie have brought the baby back to the château with the intention of burying it in the family plot. Sophie is reluctant to give up her dead child, and so a terrible tension builds as the characters wait for Sophie to relinquish the corpse. On the first night, Marcus prepares a satin-lined lair in the freezer were the baby will “sleep,” but as the story continues, temporal markers fade, and the house fills with a pervading and indeterminate aura of distress.

Disquiet is so carefully constructed that it seems heavy-handed to pluck a central theme from its plot. But Leigh is clearly fascinated by the proximity of life and death, and uses it not only to construct this story, but also to meditate on various types of death within life. The philosophical inquiry is subtle, lightly but powerfully manifested in her grammar, syntax, and diction. Explaining to his family that he has brought home a dead child, Marcus stumbles over his sentences: “Our beautiful child, our Alice, has died. Did not live.” Olivia, describing her utterly broken and shattered state upon returning to her childhood home, says to her brother, “I am murdered.” The diction and tense jar the reader, turning a simple sentence into a sweeping summary of her misery. When Olivia asks the housekeeper if her mother, who is not far from death herself, is awake, the housekeeper replies in stilted English: “Oh yes, at this hour she will be living,” as though there are times when vital signs belie one’s true condition.

If the difficulties plaguing this family as they confront death when they expect life manifest themselves in the characters’ awkward speech, Leigh’s language shapes the characters into sparklingly sharp beings. After her long flight from Australia, Olivia feels an “atomic exhaustion.” She lies on her bed with “the white plain of her back covered in rotten yellowed bruises.” Lucy strikes a “geyser of enthusiasm” when ice cream after dinner becomes a possibility. Leigh’s skill extends to the description of places and things as well. The children’s room is a mess, “suitcases disemboweled, bedspreads kicked to the floor.” Cars approaching the château drive slowly, “as if the machines themselves knew the slow pace of mourning.” The steps “leading to the château were wide and shallow and worn like soap.”

In an interview, Leigh said that when she wrote that last sentence she was conscious of trying to emulate the fall of footsteps on the stairs. This extreme care with words is apparent throughout Disquiet, and so it does not feel excessive to call Leigh’s writing truly poetic. While the echo is never overwhelming or overbearing (nothing in Leigh’s writing is), Disquiet was shaped by William Wordsworth’s poetry. Olivia and Marcus experience Wordsworth’s famous “spots of time” — moments in the present that trigger recollections of the past — as they return to their childhood home and recall their past lives. “The Child is father of the Man,” wrote Wordsworth, and the characters in Disquiet age and regress at accelerated speeds. After eating, Olivia asks her mother if she can be excused from the table, and is called a “good girl” by the village pharmacist, while Andrew — not even in his teens — helps Olivia dress and keeps tabs on his sister when his mother has numbed herself with alcohol. A priest who comes to comfort the family quotes from the Bible: “He who dies at a hundred will be thought a mere youth.” When she looks at her son, Olivia sees something “ancient and implacable.” The poles of age and youth, like life and death, are not as far away as they might seem.

While Leigh has woven Wordsworth (and surely countless other influences) into her novel, she leaves no doubt that Disquiet is a true original. Perhaps the best strategy for a reviewer faced with the daunting prospect of making genuine enthusiasm sound fresh, is simply to defer to the author, and end with a quotation. Olivia, who has injured her right arm, learns to eat, wash, and carry out other daily activities with her left hand: “each gesture normally habitual, unnoticed, careless, was now new to her, not entirely new, but was seen in a new light, or was seen as if she had — for the first time in her life — lifted from the root of her being, taken a step aside. And there was an element of wonder in her movements.” Disquiet is a book that casts a simple, haunting story in an ethereal light, and it will leave its readers in awe of its movements.

Previous Previous Post: Khan al-Khalili
Next Post: Banquet at Delmonico's: Great Minds, the Gilded Age, and the Triumph of Evolution in America Next