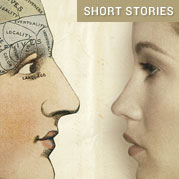 In the opening sentence of Kirsten Menger-Anderson’s collection of linked short stories, we’re told the titular doctor arrives in New Amsterdam in 1664 “with his lunatic mother, two bags of medical implements, and a carefully guarded book of his own medicines.” He is the first in a long line of physicians who treat maladies with a mixture of experiments, fringe science and spiritualism. Doctor Van Schuler?s obsession is dissecting brains which contain “the seat of man’s soul,” but his descendants specialize in phrenology, spontaneous combustion, hysteria, neurasthenia, electric shock therapy, lobotomies and a radium curative called a Revigator. If some of those terms are lost in today’s lexicon, the tales in this book remind us how they were once hotly debated medical practices. On her web site, Menger-Anderson writes: “We are all limited by the sophistication of our tools and the generally accepted theories of our times.” Yesterday’s animal magnetism was once today?s silicone breast implants (the subject of a story in the latter pages of the collection). As Sheila Talbot’s leaking implants show, the medical field may have advanced but human misery and suffering remain the same. Menger-Anderson has not only done her research — deftly documenting three centuries of medical quackery — but she also knows how to weave a tale. She holds the reader spellbound from the first slice into a corpse’s brain to the final probe of genetic research.