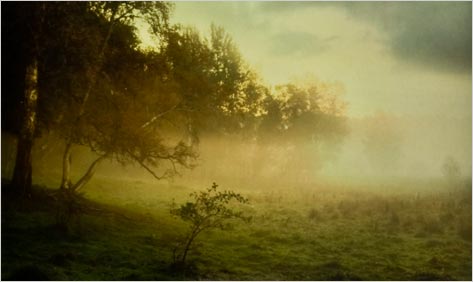 In 1820, the Hungarian noble Farkas Bolyai wrote an impassioned cautionary letter to his son Janos:

“I know this way to the very end. I have traversed this bottomless night, which extinguished all light and joy in my life… It can deprive you of your leisure, your health, your peace of mind, and your entire happiness… I turned back when I saw that no man can reach the bottom of this night. I turned back unconsoled, pitying myself and all mankind. Learn from my example…”

Bolyai wasn’t warning his son off gambling, or poetry, or a poorly chosen love affair. He was trying to keep him away from non-Euclidean geometry.

Staging an intervention to keep a child out of math trouble comes off as comic to the modern reader. But in the early nineteenth century, as Amir Alexander ably demonstrates in Duel at Dawn, mathematics was viewed as a passion on par with poetry—an occupation that could lift a youth like Janos Bolyai to exalted heights, and just as quickly fling him into death or dissolution.

At the heart of Alexander’s book is the story of Evariste Galois, the French mathematician who died at 20 in the titular duel. In his short life he managed to revolutionize algebra in a series of papers begun in his late teens—with time left over to serve two prison sentences for political insurrection and to court the 16-year-old girl whose honor eventually demanded his presence at the dueling ground. His life was romantic, to be sure—but not as romantic as the usual accounts have it. The story of Galois frantically writing his treatise on equations the night before his death, familiar to all aspiring mathematicians via E. T. Bell’s account in Men of Mathematics, is a fabrication. And the extent of Galois’s rejection by the mathematical grandees of the time was greatly exaggerated, not least by Galois himself. In prison for threatening the King’s life, he wrote:

“I tell no one that I owe anything of value in my work to his advice or encouragement. I do not say so because it would be a lie. If I addressed anything to the important men of science or of the world (and I grant the distinction between the two [is] at times imperceptible) I swear it would not be thanks.”

The quote encapsulates the character of Galois as Alexander presents him: an impetuous, peevish adolescent whose mathematical brilliance is matched only by his ability to make trouble and enemies. But in the posthumous mythology his co-revolutionaries erected around his memory, he was an innocent martyr whose flame burned too bright to last. That trajectory, Alexander argues, is characteristic—almost obligatory—for the genius in the romantic era of Keats and Byron. The genius gazes (ideally with smoldering eyes) into transcendent realms of truth and beauty invisible to lesser beings, and is inevitably destroyed by proximity to absolute truth and/or the jealousy of the dim establishment. Whether this accurately describes the genius’s biography is beside the point; it was the story the romantics wanted to tell each other, and to hear.

As Alexander details, other great mathematicians of the era had their life stories pressed into the same romantic cookie-cutter, despite the wide range of their actual circumstances. In Duel at Dawn we meet the affable algebraist Niels Abel, who died poor and consumptive at 26 after having been turned down for an academic job in Norway; the politically ultraconservative but mathematically avant-garde Augustin-Louis Cauchy, fired from his professorship for refusing to teach what he considered a watered-down calculus course; and Janos Bolyai himself, who successfully got to the bottom of the problem that had bested his father, but retreated into bitter seclusion after the great Gauss failed to acknowledge his victory. All these mathematicians were viewed by their eulogists as martyrs to their own genius, and victims of a world too stupid to appreciate their brilliance.

The history of math is by now a ground well gone-over by popular biography; Alexander is to be praised for venturing beyond the usual “greatest hits” to cover underexposed mathematicians like Cauchy and d’Alembert. While Duel at Dawn is too long, revisiting the same interpretive claims over and over with minor changes, Alexander’s broad range and ear for a pungent quote keeps it readable.

In the book’s strongest sections, the author ties the new vision of the mathematical genius to a foundational shift in mathematical practice. Until around 1800, mathematics was yoked to physics—the mathematician’s role was to solve problems that arose, directly or indirectly, from material experience. Galois, Abel, Cauchy, and Bolyai, despite their disparate politics and biographies, had one thing in common: they represented a new notion of what mathematics was, in which the subject unhooked itself from the physical universe and held itself accountable only to its own logical rules.

In order to make this argument, Alexander needs to go past mathematical biography into mathematics itself. Accordingly, Duel at Dawn features brisk write-ups of the furious battle among the early modern Italians to solve the cubic equation; of the curve described by a hanging chain; of Cauchy’s expulsion of infinitesimals from the calculus; and many more. The reader who is truly unwilling to encounter an equation may have to drape a cloth over these sections, but others will find much to gain from Alexander’s clear and careful exposition. The history of non-Euclidean geometry is handled particularly well, offering many details absent from more casual treatments, and laying the ground for Bolyai’s revolutionary advance.

Before Bolyai’s era, Euclidean geometry was geometry. Euclid’s so-called “parallel postulate”—that every line admits a unique parallel through a given point not on that line—was considered self-evidently true, though no one had been able to derive it logically from Euclid’s other axioms. Bolyai took a different route, asking: what if it’s not true? What if there were a whole spray of lines through the same point, all parallel to the same line? Mathematicians of an earlier era might have found the question incomprehensible; draw a picture on a napkin and you’ll see there just aren’t such lines. But Bolyai was different. He envisioned a geometry having nothing to do with the universe you can sketch on paper. And not only envisioned it—he pinned it to the page, understood its rules and features.

“All I can say now,” he wrote his father in triumph, “is that I have created a new and different world out of nothing.” That’s traditionally the artist’s prerogative; when mathematicians took it on, Alexander writes, they became suitable, even inevitable subjects of the romantic myth. As G. H. Hardy observed, the age of Galois is the age in which mathematicians stopped asking what things were and started asking, instead, what they might be defined to be.

That might sound like a bad thing. Wouldn’t it lead to a cloistered, inward-looking profession, making products of interest mostly to its own practitioners? The kind of profession, in other words, that contemporary art is routinely accused of being?

No. The irony, of course, is that yesterday’s transcendent realm of pure thought is today’s physics is tomorrow’s basic engineering. After Poincaré and Einstein, we know that the geometry of the actual space we live in is non-Euclideanly weird. And the “group theory” pioneered by Galois, in its time an extravagant spin-out into abstraction, is by now a routine tool for any serious researcher in physics, chemistry, or signal processing. Once the idea of a square root of negative one was a passport into an alien universe; today we teach it in tenth grade.

If the romantic vision of the mathematician persists (see David Foster Wallace’s 2000 essay “Rhetoric and the Math Melodrama” [pdf] for a good rundown of recent examples in fiction), it is weakening. Recent popular portrayals of math like A Beautiful Mind and Proof feature mathematicians decoupled from ordinary reality, but this separation is presented as a hindrance to their research, not as its highest aim.

Maybe the reason is demographic. The romantic view of the self—”nobody understands me, I’m made of higher stuff than the mundanes I have to live among”—belongs, these days, to teenagers. And mathematics is no longer a teenager’s game. It’s too deep, the path to the frontier of research too long. We will likely never again encounter a figure like Galois, who can redirect an entire field of math while still young and emo enough to write, “I am disenchanted with all, even the love of glory. How can a world that I detest soil me?” The production of romantic mathematical heroes requires mathematicians who believe their own romantic hype, and that’s not easy for a grown-up to do.

Alexander closes Duel at Dawn with a question: what will replace the romantic hero? He suggests that, as mathematics grows more computational, the mathematician of popular imagination will become a hypertechnical computer nerd. Unfortunately, I think a different outcome is likelier: the mathematician as neuroaberrant, like the narrator of Mark Haddon’s blockbuster The Curious Incident of the Dog in the Night-Time, whose funny-peculiar brain is the cause, not the result, of his mathematical endeavors. We live in a world eager for medical etiology; “slightly elevated on the autism spectrum” goes down easy, while “touched the aether by sheer force of will” sounds antique. The mythology around Galois and Bolyai was a distortion of history and of mathematics, as Alexander amply demonstrates. But we might miss it when it’s gone.

Jordan Ellenberg is Associate Professor of Mathematics at the University of Wisconsin-Madison, and the author of The Grasshopper King, a novel. He blogs at Quomodocumque.

Jordan Ellenberg is Associate Professor of Mathematics at the University of Wisconsin-Madison, and the author of The Grasshopper King, a novel. He blogs at Quomodocumque.