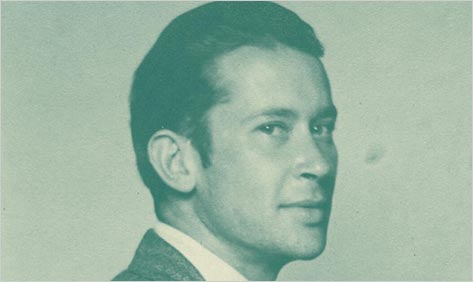 As a poet whose reputation has waxed and waned with regularity in the fifty-plus years after his death, there’s a certain uneasiness to E. E. Cummings’s claim to be one of the great American poets of the twentieth century. The knock on him — and it’s a big one — is that he specialized in a kind of middlebrow modernism, with an emphasis on form over substance. There are not, after all, many poets best known for their deployment of lowercase letters. Lowercase letters, though, will only get one so far, and Susan Cheever’s chatty bio — it’s a book that “dishes” rather than illustrates — shows just what role nepotism and cronyism had in Cummings’s ability to get anywhere, and makes you wonder if he would have done so at all on his own.

Cummings’s father was a Harvard man, and so Cummings himself becomes one, living just down the road from the campus. Cheever frequently describes the poet as pretentious, and yet, his was a pretentiousness at odds with his more playful, often childlike aspects. The flight from Cambridge is funded by one Scofield Thayer, conceivably the most fascinating, maddening, ephemeral character in the entire book, a guy who deserves, if not a bio of his own, an author to come along and fashion the rudiments of his life into a novel.

Rich and quite mad, Thayer offers Cummings $1,000 to write a poem for his wedding, which allows Cummings to set up house — or a studio apartment, anyway — in Greenwich Village. Thayer then turns his wife over to Cummings, after creating the magazine The Dial, telling his friend that he can publish whatever he wants in those pages, sans editing.

The romantic situation/entanglement goes, of course, dreadfully wrong. Thayer enters into therapy with Freud; Freud tells him to let Cummings have his wife; Cummings gets the wife, has a kid with her, and then has his child taken away from him for a couple of decades. When Cummings and child are reunited, she doesn’t know who he is; he doesn’t tell her, and she starts to fall in love with the man, now in his fifties, who sired her. All of which leaves out Cummings’s second wife, who may have been worse than the first.

By no means a thorough account, this is a bio that is largely anecdotal in nature, and some of the sentences land with a clunk: “There were plenty of broad jokes and plenty of broads,” for example. Much mention is made of Cummings as a painter, but rarely are we given a glance into what this element of his creative output entailed. Instead, we get inventories of his various tics, and it comes clear just how trying Cummings’s life could be for those who shared it with him, despite all of the playful verse making. There are pills, open marriages, drinking jaunts with Brendan Behan, a crankiness that apparently emanates from back pain but, really, speaks to deeper, more internalized notions of hurt.

Then there’s the question of  Cummings’s anti-Semitism, which Cheever contrasts with Ezra Pound’s more virulent prejudice, and while nothing is excused away — quite the contrary — Cheever argues that in Cummings’s case it speak more to a prevailing disgust with the world rather than a disgust centered on one group in it:

So: hate. Yet, also, a lot of love, for children, rural New England, and, quaintly, blue jays, with their rakehell personalities (Cummings and Pound had heated blue jay debates). Cummings knew a rascal when he saw a rascal, and rascals pleased him. So, too, did the woman, Marion Morehouse, who became his common-law wife. She was an odd mix, alternately draconian and nurturing. Cheever informs us that Morehouse could not have been less interested in literature when the two met, and yet, by the end of Cummings’s life, she was his literary shepherdess, encouraging him in his work and then, after his death, overseeing where it went in the world.

He seems to have needed as much shepherding as he could get. At what should have been the apex of his fame, Cummings had to borrow money from his mother — she funded him for her entire life — to put out No Thanks, a book that no one would touch, not because it was worse or different than anything else he had ever done. So much of lauded achievement in a life like this, we come to see, is circumstantial. Having a Scofield Thayer, say, versus not having one. More often than not, Cummings had one, and so now we have this biography, a work that finds more meat in the foibles of a man than the life of an artist.