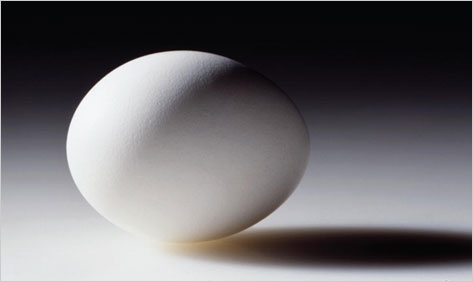 “First catch your hare,” begins one of the most famous and DIY-minded recipes of all time. Except — no such recipe exists. It is typically attributed to Isabella Beeton, she of Mrs. Beeton’s Book of Household Management (1861), though some claim it is found in Hannah Glasse’s The Art of Cookery Made Plain and Easy (1747). The disappointing truth is that the phrase is merely an old saw, akin to “Don’t count your chickens,” and has nothing whatsoever to do with the culinary arts.

Likewise, the line “First catch your big break” does not appear in Jason Epstein’s Eating: A Memoir, but one could be forgiven for thinking it did. Mr. Epstein is not a cook by trade; he is in fact one of the most important figures in American book publishing, having not only more or less invented the trade paperback format (at Doubleday, aged 22) but also having helped create the New York Review of Books and the Library of America. He spent 40 years as the editorial director of Random House, working with luminaries like Nabokov, Mailer, and Doctorow.

Insofar as he is a cook, Epstein is one partly by habit, partly by accident. “[I]n my youth,” he writes, “I worked in restaurant kitchens, and later published many fine books by famous chefs who became friends — Alice Waters, Wolfgang Puck, Daniel Boulud, Maida Heatter, Patrick O’Connell, among others.” Nice work if you can get it — alas, this improbable dishrags-to-riches story is unlikely to give much hope to the scalded wage slave at his Hobart TurboWash II. The question is whether Epstein’s passion for cooking and eating is singular or entertaining enough that the reader forgives him his unbelievable good luck.

Epstein’s gustatory memories go all the way back to childhood. “I became interested in cooking,” he recalls, “as I watched my grandmother Ida bake pies, preserve peaches and applesauce from her own trees, and roast chickens she had fattened herself in the cellar when it was too cold for them outdoors.” He was fascinated as much by the independent spirit as by the food itself, and this is a theme that permeates every page. Indeed, Epstein (fondly) remembers old Ida as an abysmal cook, her most vile production being a “chicken pot pie made from a worn-out laying hen…. The crust, shiny on top, was gummy underneath, the broth was thin, and the chicken itself overcooked, dry, stringy, and tasteless.”

Epstein supplies an elaborate recipe for a quality pot pie, but it’s the rubbish one that seizes the reader’s imagination. The will to soldier on in the kitchen despite a manifest lack of natural ability is something to which many of us can relate. We can respect it in others, too, as a mark of character, a desire for self-reliance and productive engagement with one’s GI tract. Last but not least, we can laugh at its frequently charred, congealed, or mildly poisonous results.

We can’t laugh at Jason Epstein, though. There is scant evidence in this volume that he has ever put a foot wrong in the kitchen. There are no third-degree burns, or accidental amputations, or hilarious substitutions of, say, Comet for instant pistachio pudding. “[I]n this book,” he promises, “I shall describe some favorite dishes as if I were talking to friends who have liked something I’ve cooked and want to try it themselves.” The trouble is that those friends are invariably the likes of “Craig Claiborne, the New York Times food writer” or “the late Norman Mailer and his splendid wife, Norris” or Jackie O. In other words, expect heavy gravity and watch out for dropping names.

There is no denying that Epstein knows his stuff. His recipes sound delicious, despite his frustrating insistence on taunting the reader with specialty ingredients: “[Y]ou will need a twenty-eight-ounce can of San Marzano tomatoes. These are grown in volcanic soil on the slopes of Vesuvius” or “[a]dd…a teaspoon each of Harvey Sauce and Mushroom Ketchup, nineteenth-century English condiments which you can order from the British Shoppe.” (Much like Patum Peperium, a little bit of this ostentatious finickiness goes a long way.)

It is his mastery of and ability to articulately explain technique which make Epstein’s book a treasure. One finds in every recipe a nugget like this: “Because oil floats on water, the drier the potatoes, the more they will be exposed to the oil, the faster they will brown, and the less your oil will bubble up when wet potatoes hit the hot oil.” If you’ve got it, why not flaunt it?

The memories Epstein selects as backdrops for his recipes are hit-and-miss. Here is a terrific one, from the Cape Cod restaurant where young Epstein cut his teeth: “One night the [itinerant chefs] drifted away in the middle of dinner when the owner, having told them to stop stealing Four Roses from the bar, found them drinking his vanilla extract instead. They retaliated before they vanished by stuffing four boned loins of black-market beef into two ice-cream freezers, where the meat froze solid and could not be removed through the round openings.

As Epstein gets older, the reflections take a turn for the dull and status-conscious and, worst of all, political. September 11th yields a tiresome preach-to-the-choir dig against the “shoot-from-the-hip Texan in the White House,” followed by a bittersweet reminiscence about passing through a police checkpoint on the way home from Russ & Daughters on Houston Street. It’s not quite as non sequitur as Adam Gopnik’s tasteless comparison of burning bodies to “the smell of smoked mozzarella,” but it feels every bit as forced and inappropriate: Who can think of food at a time like this?

Then there is the ghoulish tale of a party held by Roy Cohn — “His entourage had abandoned him and he would soon die” — which Epstein alone was humane enough to attend. This hardly whets one’s appetite for the Daniel Boulud-style “black and blue” hamburger recipe that follows. It does make one wonder what purpose is served beyond moral self-aggrandizement. Check, please!

If one can stomach the inevitable boasting and celebrity worship (“My friend Pete Hamill, who had once taken Jackie [Onassis] out, said it was like ‘taking King Kong to the beach’ “), Eating really does feature some beautiful, lyrical, and above all passionate writing about food. Yes, like many memoirs, it would have benefited greatly from an extra heaping cup of self-awareness. But many readers will enjoy putting themselves in Epstein’s shoes and imagining his glamorous, high-cholesterol existence. The rest of us will, at very least, have learned to make something other than English muffin pizzas for a change.