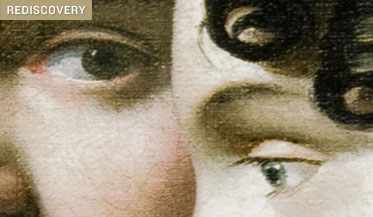 When André Gide was asked to name the greatest French poet, he reportedly answered, “Victor Hugo, alas.” In like spirit, the greatest German novel before the 20th century is probably Goethe’s Elective Affinities, alas.

Alas, mainly because there is so little competition. Truth be told, German prose literature really excels in short stories and novellas. The 19th century alone boasts such masterpieces as Ludwig Tieck’s “The Elves,” the Grimm fairy tales, E.T.A. Hoffmann’s “The Golden Pot” and “The Sandman,” Heinrich von Kleist’s “Michael Kohlhaas” and “The Marquise of O,” and Theodor Storm’s “The Rider on the White Horse.” Quite probably the constraint of brevity, and perhaps the influence of folktale, tamps down the German fondness for metaphysical speculation and general wordiness. What’s more, all these wonderful stories verge or cross over into the mysterious and uncanny. Anyone who likes modern-day fantasy or Kafkesque parable should try them.

No, before Thomas Mann’s Buddenbrooks, there are really only a handful of German novels that ordinary people still read, and all of them are short. In fact, Novalis’s Heinrich von Ofterdingen (about a medieval poet’s quest for the unattainable “blue flower”) and Holderlin’s Hyperion (an account, in letters, of a young Greek’s ecstatic and sorrowful coming of age) are so intense and rhapsodic that they might be called prose poems — but what else would you expect from the two finest German romantic poets? Only Theodore Fontane’s Effi Briest, which Samuel Beckett so ardently admired (there are allusions to it in Krapp’s Last Tape), seriously rivals Elective Affinities in scope and artistry. Both offer portraits of married life — and of marital discord. No surprise there: What would the history of the novel be like without unhappy wives and husbands?

Elective Affinities — the title refers to the chemical attraction of elements — is, above all, an elegant book, with something of the stylized formality of a baroque opera by Gluck or one of Watteau’s paintings of a fête galante. The modern reader will need to slow down to appreciate its somewhat austere beauty. The narration is unemotional, heavily descriptive, and by contemporary best-seller standards, even somewhat colorless and flat. Similarly, the principal characters always maintain the strictest decorousness, no matter how turbid their emotions. Many of them don’t even merit personal names — they are called simply the Captain, the Baron, the Countess, the Architect, the Tutor. An air of fatedness hangs over the action; there are symbols galore (paths, water, the changing seasons, an unbroken goblet, birthdays and anniversaries); and Goethe keeps his overall tone serenely august. So don’t expect the sparkle and wit of a Jane Austen.

Admittedly, none of this makes Elective Affinities seem particularly inviting. Yet give the novel a chance — it’s not a classic for nothing. The subdued surface manner never wholly conceals passion’s Sturm und Drang, and the characters’ politeness and mutual consideration largely serve to make more bearable an increasingly unbearable tension.

Elective Affinities is, primarily, the study of four people. The middle-aged Eduard is quietly married to Charlotte, and the pair pass their tranquil days pottering around their huge estate, overseeing the clearing of paths and the layout of gardens, creating beautiful vistas and keeping tabs on the construction of a little summer house. Years before, Charlotte and Eduard — though already drawn to each other — had been compelled by their families to marry others for money. Only after the death of their respective spouses were they able, finally, to wed. By this time, Charlotte had under her care a vivacious adolescent daughter named Luciane and an even more beautiful, if rather fragile niece named Ottilie. Both girls have been living for some while at boarding school.

Thus this handsome couple in their late 30s or early 40s, wholly absorbed in each other, lack any serious responsibilities. Their days are measured, mildly gratifying and just a bit dull, their love clearly more platonic than passionate. But when the novel opens everything is about to change: on page one Eduard is — symbolism alert — grafting new shoots onto young trees.

The action builds slowly, though. That day Eduard decides that his friend the Captain — temporarily unemployed — should be invited for an extended visit to the estate. Charlotte, after some hesitation, agrees but mainly because she wishes for her niece Ottilie to come stay with her. The girl has had some trouble in school, appears dreamy and withdrawn, hardly eats, and is easily flustered by public attention.

At first, of course, these four people all get along famously; they read and converse, play music together, take long walks in the countryside. But like elements in a chemical reaction, Eduard and Ottilie inexorably find themselves drawn to each other.

In the evening they usually gathered around a small table in their customary places: Charlotte on the sofa, Ottilie opposite her in a chair; the men completing the circle. Ottilie sat at the right of Eduard, who moved the lamp closer to her when he was reading. Then Ottilie would move a little closer to him and look into his book, because she trusted her own eyes more than the lips of another; and Eduard would also move closer, so she could see more easily. He even paused frequently, longer than was necessary, in order not to turn the page before she had finished reading it.

This did not escape Charlotte and the Captain…

Of course, keeping with the chemical analogy, Eduard’s wife and friend also find themselves beginning to bond. In fact, their tender affection, their affinity is “perhaps even more dangerous since they were both more serious, more self-possessed, and more capable of controlling themselves. The Captain had already begun to feel that a strong attachment threatened to draw him irresistibly to Charlotte. He forced himself to avoid her. . . ”

“The Baroness felt something like bitterness in her heart as she watched. Although she could not approve of the improper side of this affection, she could not bear to see its sweet and pleasant side wasted on so simple and inexperienced a girl.”

These two sentences reveal something of the conciseness and delicacy of Goethe’s art. Note how he subtly conveys that the Baroness feels an unacknowledged jealousy, paradoxically disapproves of Eduard’s illicit attachment (even though she is herself an adulterous spouse), and simultaneously regrets the waste of such devotion on a mere slip of a girl when, obviously, a more mature and sophisticated woman would be more appropriate. Not least, there is the middle-aged woman’s soupçon of envy for Ottilie’s youth and simplicity. Experience, after all, accumulates and accumulates, but innocence when lost is gone forever.

Out of friendship for Eduard and Charlotte, the Baron and the Countess attempt to break up these incipient love affairs: the Captain is offered a job at court and Ottilie a position in a noble household as a companion to a young girl.

There comes then an evening of crisis. Charlotte realizes the Captain may soon leave, perhaps never to return:

The figure of the Captain rose up before her. His presence still filled the house; he still enlivened their walks; but soon he would be gone, and nothing left but emptiness. She told herself all the things we can tell ourselves; she even anticipated, as we usually do, the cold comfort that time will heal even such wounds as these. But she dreaded the time needed to heal them, and she dreaded the deadly period when they would be healed.

That last sentence, and especially that last phrase, reveal the acuteness of Goethe’s understanding of romantic infatuation.

As it happens, this same night Eduard — intoxicated with thoughts of Ottilie — stops by his wife’s room. Unable to be with the ones they love, their passions are diverted to each other:

Eduard was gentle, affectionate, insisting — he implored her to allow him to stay — he did not demand but, half serious and half laughing, tried to persuade her. At last, he simply blew out the candle.

And immediately, in the dim light of the night lamp, their passions and their imaginations asserted their rights over reality. It was Ottilie who was closed in Eduard’s embrace; while the Captain’s image — now clearly, now vaguely — hovered before Charlotte. The absent and the present, strangely interwoven, blended in their blissful ecstasy.

But the present will assert itself. They spent part of the night in playful small talk which was quite unrestrained as their hearts had no part in it. But when Eduard woke the next morning, at his wife’s side, the day before him seemed ominous, and the sun seemed to illumine a crime. He stole away, and Charlotte found herself alone when she woke.

Shortly after this fateful encounter, relationships are acknowledged, both men agree to leave the estate during a kind of trial separation, and the novel slows down considerably. Charlotte and Ottilie remain together, each tenderly solicitous of the other. To pass the time, the two women hire a young architect to restore and decorate an old chapel, and later one of Ottilie’s teachers comes to visit. When Luciane, Charlotte’s daughter, descends like a whirlwind, she brings in her wake not only a rich and noble fianc? but also a troupe of servants and hangers on. While Ottilie gradually turns inward, Luciane, by contrast, grows dizzyingly outgoing and hyperactive. Her life is a constant social whirl of picnics, party games and late nights. As Goethe disapprovingly observes: “It had already become a habit with Luciane never to get out of bed in the morning and never to get into it at night.” By contrast, the increasingly ethereal Ottilie confides her thoughts to a diary. These generally take the form of strangely impersonal, but apposite, observations and maxims: “We are never so far from our wishes as when we imagine that we possess what we wished.” Surprisingly, Ottilie does admit to being unexpectedly attracted to Luciane’s fiancé: “When she was with Eduard the world was forgotten, while in the presence of the Count, the world seemed desirable for the first time.”

As time passes, the symbolism of the novel grows darker. The characters stroll along the still waters of the lake, Ottilie helps decorate a disused chapel, an old graveyard is heartlessly beautified. And still hope springs eternal: Charlotte believes she can give up the Captain and win back the love of her husband; Eduard is certain that he will obtain a divorce and marry Ottilie; and the Captain hesitantly wonders if he might, after such a divorce, find favor with Charlotte. But what of Ottilie? She remains the linchpin of the story, and her actions ultimately determine and undermine the lives of those she cares about most.

Let me repeat that Elective Affinities is a novel one doesn’t readily forget. As in Ford Madox Ford’s The Good Soldier (which it may have influenced), everyone caught up in these interwoven destinies behaves with perfect courtesy. Eduard, Charlotte, the Captain and Ottilie all try to do the right thing, and they all yearn, with quiet but real desperation, for the happiness they deserve. It is almost the saddest story I have ever heard.