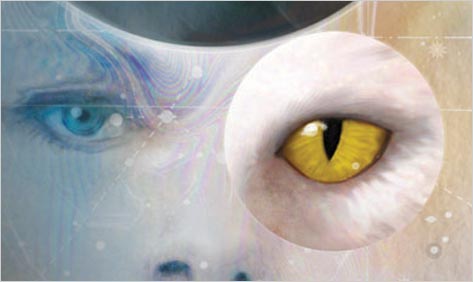 A number of still-flourishing science fiction writers have reached or are approaching their fiftieth anniversary of professional publication. These men and women are repositories of the genre’s history and lineage and are often dubbed “Grand Masters” by the Science Fiction Writers of America.

Among them, M. John Harrison, whose debut story, “Marina,” appeared in 1966, looms large. Harrison has had a distinctive career of across-the-board achievements. At times famously at odds with the very idea of genre and its limitations, he has — in part because of that iconoclastic stance — remained an essential voice in the field.

British by birth, Harrison entered science fiction at the height of its New Wave movement and became integral to that revolutionary refashioning of SF. He edited the movement’s flagship magazine, New Worlds, and wrote many stories in their transgressive vein. Subsequently, he helped to reinvigorate modern (or postmodern) fantasy with his Viriconium books, full of crepuscular, entropic sword-and-sorcery. He essayed magic realism or urban fantasy with The Course of the Heart and biopunk with Signs of Life. He recently co-created, with China Miéville, an entire fresh subgenre: “the New Weird,” articulating critical insights that derived from a long career of scrutinizing fantastical texts and their unspoken paradigms. And Harrison continues to deliver fresh aperçus at his blog, including a recent thread on the quintessential fantasy novel practice of worldbuilding.

But it’s in the realm of space opera that Harrison has lately made his greatest impact. (Portents of this literary program appear as far back as his early novel The Centauri Device from 1974.) In 2002 he published Light, which braided three narrative threads into a glittering whole, centering around a mysterious realm of the galaxy called the Kefahuchi Tract, a rift in the spacetime continuum that opens onto massive strangeness. It fulfilled a demand for a sense of — to quote my own review of the book — “immersion, of immanence, of immediacy” in the grandeur of a space-operatic setting.

I compared the book to what had been the previous pinnacle of such work, Samuel Delany’s Nova, despite Harrison having his public qualms about Delany’s fine book. As if listening, Harrison brought out the sequel, the allusively and counterpunchingly titled Nova Swing, in 2007. Again set in the Kefahuchi Tract and focused on the exploration of an alien labyrinth, the loosely linked second installment was lighter and more playful, shot through with laughter and shadow.

Now comes the third and perhaps final outing to the Kefahuchi Tract, Empty Space, in which Harrison revives his triple-stranded narrative approach from Light.

We begin with Anna Waterman, a lonely widow on a near-future Earth, circa the 2030s. Although she has the anchors of a practical-minded adult daughter named Marnie, with whom she has a prickly relationship, and a prosaic psychoanalyst, Dr. Helen Alpert, seen on a regular basis, Anna lives a life akin to those found in J. G. Ballard’s The Terminal Beach. Her spiritual essence seems to be sublimating across various planes of reality. Landscapes and interiors become projections of psychic states.

Like the French Situationists, Anna is prone to rambles across suburban wastelands. She encounters odd figures — a Pan-like boy with dogs; a querulous old man in a wheelchair — and back at her house, alien flowers sprout in her garden and a gazebo bursts into recurrent cold polychromatic flames. Could all this be connected with her first husband, Michael, a suicide who was a cutting-edge physicist? Anna Waterman’s eventual transcendence will breach the barriers between the cosmic and the quotidian.

We also learn that in her era the Kefahuchi Tract has been sighted and named by Earth astronomers, a little-comprehended cosmic anomaly. Later, we will discover that around 2100, mankind goes out to populate that strange cosmos.

The Galaxy was theirs. Everywhere they went they found archaeological traces of the people who had solved the problem before them — AIs, lobster gods, lizard men from deep time. They learned new science on a steep, fulfilling curve. Everything was waiting to be handled, smelled, eaten. You threw the rind over your shoulder. The eerie beauty of it was that you could be on to the next thing before the previous thing had lost its shine.

And so, interspersed with Anna’s Beckett-like drama are scenes from the 2400s, along two main tracks.

We are back in louche Saudade City, the main venue of Book Two. This future galactic outpost beneath the glower of the Kefahuchi Tract is now witness to some unprecedentedly bizarre occurrences, even for this outré place and time. For one thing, murder victims begin to levitate, drawing the attention of the police. Our narrative guide here is a heavily modified cop known simply as “the assistant,” along with her co-workers and her liaison with the Earth Military Contracts, a superhuman fellow named R. I. Gaines, or Rig for short. A godlike entity known as the Aleph figures into their investigation, as does a mysterious woman called Pearlant. The assistant’s quest for her own identity runs in parallel with her dangerous criminal sleuthing.

Meanwhile, the second narrative locus in the future concerns the ship called Nova Swing and its owners: Fat Antoyne, pilot Liv Hula, and Irene the Mona, an exotic akin to Cordwainer Smith’s “girly-girls.”  Hired to transport a “mortsafe” — a high-tech container filled with unknown contents — they journey across their exotic quadrant of space, eventually picking up more such containers that begin to interact in odd fashion.

Meanwhile, an interstellar war simmers, then rages. But in Harrison’s typically revisionist fashion, the conflict is deracinated and utterly postmodern:

Then war was everywhere and it was your war, to be accessed however it fitted best into your busy schedule. Seven second segments to three minute documentaries. Focused debate, embedded media. Twenty-four-hour live mano a manobetween mixed assets in the Lesser Magellanic Cloud, or a catch-up of the entire campaign…

Of course, this sardonic portrait speaks volumes about our own era’s belligerent practices, the “real year” (to borrow John Clute’s term) of Empty Space being, of course an eagle-eye autopsy of 2013.

Besides the aforementioned influences, Harrison’s brand of space opera owes much to two other giants, one “literary,” one “genre.” The former is William Burroughs. Burroughs’s caustic take on society and interpersonal relationships; his spicy stew of language that mixes the clinical with the gutter; and his sense of dysmorphic body horror are evident everywhere in Empty Space.

Leaked navigational nanoware or eleven-dimensional imaging code slips up someone’s anus at night and discovers it can run on a protein substrate. In a similar way, ads, memes, diseases and algorithms escape into the wild. They can run on your neurones [sic], they can run inside your cells. They perform a default conversion…everything collapses suddenly into an unplanned slurry of nanotech, tailored viruses and human fats…

The other progenitor of Harrison’s template, to whom we are tipped off by a prefacing quote, is Golden Age pulpmeister A. E. van Vogt. Van Vogt is the acid test for a reader’s empathy with and understanding of science fiction. To admit that van Vogt is an SF genius is to abandon all conventional academic and critical standards about what makes literature work. All attempts by trend-riding literary types to cozy up to SF crash into an impenetrable stone wall in the work of van Vogt. His clunky prose, his oneiric, broken-field-running plotting, his one-thousand-new-ideas-per-page exuberance defy not only belles lettres but common sense.

And yet here, Harrison, a much more knowing and proficient writer than van Vogt ever was, takes the van Vogt toolkit and employs it to new heights, honoring the core impulse of science fiction to privilege eyekicks and sense of wonder over fine writing any day.

Finally, it should be observed that Harrison delights in deep and sensitive portrayals of his female characters. In fact, putting aside the not negligible Rig and Fat Antoyne, this book is that rare creature, an SF novel whose major stars are all women. Disintegrating Anna and her female circle; hard-nosed pilot Liv Hula; Irene, good-time girl in search of love and comfort; the name-seeking vat-born killer, “the assistant” — these roles would reward any Hollywood actress in the film of this novel, a movie that would constitute a quantum leap in cinematic sophistication.

In fact, isn’t it time for M. John Harrison’s Grand Master Award?  I say there’s no sense waiting for the fiftieth anniversary of “Marina” in 2016!