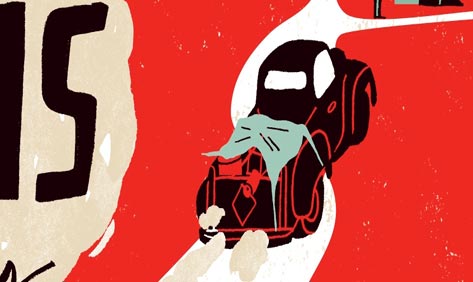 Those of us who have been going on about Charles Portis for decades have the Coen brothers’ 2010 movie of True Grit to thank for elevating him from “Who?” to “Oh, that guy,” but still plenty of mystery surrounds this great and notoriously reticent writer. So much, indeed, that he might be one of his own characters, as elusive as Sidney Hen of Masters of Atlantis. Leader of a renegade splinter of the Gnomon Society, Hen is, at one point, the subject of questions at a Senate hearing:

“You have no knowledge of his whereabouts?”

“No direct knowledge, no, sir. There are several stories going around. I have heard that he was living on a barge in Mexico, wearing a yachting cap and selling fish bait and taking in a Saturday corrida now and then and quoting Virgil at the drop of a hat….

“I have also heard that he is in Cuernavaca in a deep trance of some two or three years’ standing, and I have heard that he is not in a trance but is living alone in a small downtown hotel in Monterrey, wearing a beret, calling himself Principato and claiming to be five hundred years old. They say he looks six hundred, with his body all dried up from the desert air. They say he’s all head now like a catfish and just tapers away to nothing. These are some of the rumors I have heard.”

“Somewhere in Mexico quoting Virgil, if alive. Not much to go on.”

For years the biggest mystery of all has been: Will Charles Portis ever publish another novel? (There has been none since Gringos of 1991.) Perhaps we will have to make do with the past, and to this end, Jay Jennings has done a great service in putting together Escape Velocity: A Charles Portis Miscellany and providing it with an excellent introduction and appreciation. Further tributes are provided by Roy Blount, Jr., Ed Park, Donna Tartt, Wells Tower, and Ron Rosenbaum, whose piece, published first in 1998 in Esquire, led to Portis’s novels entering the fold of Overlook Press, which has kept them in print ever since.

The book includes four short stories: “Your Action Line,” a spoof of an ask-the-expert column in which both questions and answers are gems of bathos; “Nights Can Turn Cool in Viborra,” a satirical travel piece composed of chipper banalities and frisky asides by one Chick Jardine (inventor of “Chick’s Wheel of Adjectives, a handy rotating cardboard device, which at $24.95 was a super hit with the travel journalists at our annual conference in Macao.”); “I Don’t Talk Service No More,” a brilliantly dark piece told in the voice of a veteran of the Korean War; and “The Wind Bloweth Where It Listeth” which gives a good sense of why Portis turned his back on newspapering.

“Delay’s New Moon,” the single example here of Portis as a dramatist, is a wonderful black comedy and tour de force of inspired dialog about some old people waiting for the van that will transfer them from a small residential hotel to a dubious retirement home called Avalon. (“The days are full at Avalon and before you know it, it’s bedtime!”) Their misgivings are amplified by the speculations of an ex-journalist, Mr. Mingo, one of their number: “You must have noticed — all these old folks’ homes have giant evaporators in their basements. You can hear the turbines roaring under the floors. Avalon will be no different. They’ll draw all the moisture out of our bodies, all the volatile components, until we’re reduced to living mummies…. That’s how those places work. They dry old people up, by painless degrees. Death by slow desiccation. It’s virtually odorless, they say.”

A rare interview with Portis, chiefly about his newspaper days, is also here, as are examples of his reporting and a number of travel pieces. The automobile has a distinct presence throughout the book, most particularly in “Motel Life, Lower Reaches,” where Portis “came to know celebrity, two onerous weeks of it, as ‘that guy in number twelve with the great jumper cables,’ ” and in “An Automobile Odyssey through Darkest Baja,” whose main character is a 1952 Studebaker pickup.

The high point for me is “A Combination of Jacksons,” a memoir that grants Portisians a glimpse at the antecedents, elements, and predispositions that combined to create the Master’s particular genius. The title is drawn from a misremembering of Lincoln’s call to arms against the rebel states of the South, a proclamation that made no mention of “Jacksons.”  But there you have Portis, the genuine article, forever sticking baffling, behind-the-scenes people into the picture. The piece begins with the author’s young self, an Arkansan boy in wartime, intent on learning to breathe underwater through a reed as demonstrated in comic books and movies. It was quite simply a matter of survival:

Agents of the Axis Powers were never far behind me. I could slow them a little with pinecone grenades, but I couldn’t stop them. They came crashing through the woods firing their Lugers at me as I raced barefooted for the reed beds of Beech Creek, a last hope. If I could get there in time to make my arrangements, then the agents in their stupid fury would overlook the life-giving reed, one among so many, and, with their boots splashing down eight inches away from my rigid underwater body, go stupidly on their way downstream.

What with Arkansas’s insufficiently rigid reeds and the universal problem of one’s feet floating to the surface, the tactic was not quite so simple as it should have been. Young Portis never really mastered it, but with the end of the war he could move on: “I put all that juvenile dementia behind me. It was time to take on some serious responsibilities in life. I cut a coupon from the back of a funny book and bought a $1.98 money order at the Mount Holly post office and sent them off to a place in New Jersey for a home-study course in ventriloquism.”

Sandwiched between these projects, Portis writes of his family, in particular of a couple of ancient personages, one his great-grandfather who had fought for the Confederacy. This brings us to several battles of the Civil War, the James brothers, and the present character of the South. Remarking on the last, Portis comes as close to a sociological observation as you will ever find in his work: “That postbellum movement into the South of all the pale cranks in the Midwest, similar to one of those sudden squirrel migrations in the woods, has been overlooked, I think, as a source of some of the weirdness to be met with in our region.”

Everything in this volume underscores what fans of Portis’s novels already know: for this man nothing is abstract or seen in the mass. He is writing about a world composed of a big bunch of different people — among them those mysterious Jacksons — with their own idiosyncrasies, forms of willfulness, and specialized bees in their personal bonnets. Among the last, often enough, is a belief that somewhere a nefarious plot is being hatched and somewhere else a key is hidden: to the universe, to history, or to a smooth-running engine.