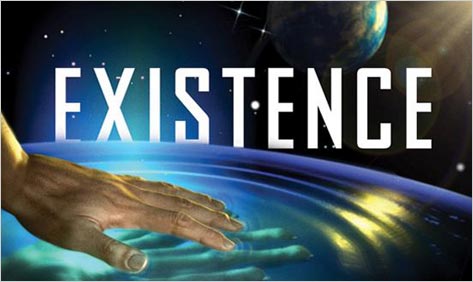 Recently a very perceptive essay by Maria Konnikova, “The Great American Novel”, set me to thinking:

By my lights, and working along the descriptive lines laid down by Konnikova, such an artifact should be fairly easy to recognize.

The GGNFSFN (I promise never to use that acronym again — let’s just call it the Great SF Novel from here on out) would be an ambitious, panoramic, macroscopic, and microscopic portrait concerning a speculative future that was near enough to the date of composition to allow for an assessment of its probability and extrapolative verisimilitude. (It’s hard to rule on the naturalistic qualities of a hypothetical galactic empire ten millennia and as many light-years distant from us.) It would feature a large cast of characters scattered across many representative venues and employ a wide range of literary and quasi-journalistic techniques. Its thematic and narrative foci would be multivalent, not narrow. It would not deploy any wild-card factors of major plot significance.

As you can see, to list the stringent requirements for this type of book immediately constrains nominations. And in fact if we journey through the history of science fiction, the very notion of such a text takes a long while to emerge.

We could point to Wells’s The War of the Worlds as a rudimentary forerunner — save that its wild-card Martian invasion disqualifies it. Huxley’s Brave New World is a good candidate, probably the record holder for a long time — although its focus on a small set of protagonists and limited concerns is off-puttingly restrictive. Robert Heinlein’s seminal Beyond This Horizon is another prototypical contender, poking into every corner of its future, but again with a small cast. We might be tempted to nominate Alfred Bester’s The Stars My Destination and The Demolished Man, if only for their sophisticated, convincing portraits of complex, fully functioning worlds, were it not for, once more, the wild-card issues of teleportation and telepathy. Dystopias with their ashcan realism and extensive remit often seem to half qualify: George Orwell’s 1984, Bernard Wolfe’s Limbo, and Kurt Vonnegut’s Player Piano.

By the time the 1960s arrived, though, writers of speculative fiction had perhaps made enough ranging shots at the target that something like a “Great American Novel with an SF slant” looked within reach — and the tumultuous, polymorphic zeitgeist definitely called for such a heroic response. Again, Heinlein led the way, with Stranger in a Strange Land and The Moon Is a Harsh Mistress, imperfect versions of the ideal though they were.

In hindsight, two other period literary phenomena also contributed to the DNA of the GGNFSFN. First came the encyclopedic novel typified by Thomas Pynchon’s V. Then came the sprawling technicolor DeMillean novels of such folks as Arthur Hailey, Herman Wouk, and James Michener.

But it was an Englishman who would crystallize this mode and indelibly put his stamp on it.

Released in 1968, John Brunner’s Stand on Zanzibar met every elusive, half-envisioned hallmark of the mode, as if it had dropped to Earth direct from God’s workbench. Its multi-threaded plot enacted by a big troupe with a diffuse set of centers; its omniscient eye and grab bag of narrative tricks; its topicality and assimilative, totalizing affect: here in Platonic form was the Great SF Novel.

In any case, after the minds of readers were blown and awards were given came the recognition by Brunner’s authorial peers of the heavy lifting involved. How daunting! Producing such a work seemed to require polymath genius and jackdaw research talents. Even Brunner himself, in three subsequent allied books, never hit those heights again. And as for others — well, the Great SF Novel remained an elusive beast, with some doubts even as to its desirability.

Something like Oath of Fealty by Larry Niven and Jerry Pournelle came close, as did Greg Bear’s Queen of Angels. Bruce Sterling and John Barnes and Howard Hendrix have worked along and slightly over the borders of this mode, and Neal Stephenson’s explicitly SF works Snow Crash and The Diamond Age exhibit its hallmarks. Just recently I mentioned Kim Stanley Robinson’s 2312 in the same breath as Zanzibar, but Robinson’s novel exists tentatively on the very edges of testability for its predictions.

But admirers of this type of novel — and I’m one — can take renewed hope with the appearance of David Brin’s Existence. It’s an overt claimant to the Zanzibar throne, and a worthy one, Version 2.0 of his similar performance in 1990’s Earth.

Brin deliberately fudges the exact date of his novel’s action, as if to preserve it from becoming outdated. Let’s just call it mid-twenty-first-century. But that’s the only nebulous part of this immaculately conceived and rendered book, massive and dense but somehow light-footed as well.

Whatever the exact year of the action, our poor old planet has seen a lot. A past milestone dubbed “Awfulday” (so famous and cataclysmic that its specific horrors are never uttered) left behind lots of damage, including a significantly irradiated Washington, D.C. — a misfortune that does not discourage desperate immigrants from squatting in abandoned Georgetown mansions. The Southeast is rapidly depopulating, thanks to assaults by kudzu and climate, filling handily empty Detroit with government-sponsored displaced persons.

Additional terrorist threats are ongoing, mainly from a Luddite group that worships “the Great Ted [Kaczynski].” Humanity has retreated from space exploration, contenting itself with cleaning up orbital debris. NASA as junkman: it’s the ultimate SF insult and dreaded comeuppance for our shortsighted hubris.

But of course, this being a balanced depiction of a future with irregularly distributed benefits and pitfalls, some spectacular advancements have been made as well. Augmented Reality — know here as the Mesh — is fully installed, a thousand times more useful (and distracting) than the Web of today, with hundreds of layers of information and disinformation, opinions and facts, available to the average specs-wearing citizen everywhere they gaze. Medical technology can work wonders, preserving those who would have formerly died of their injuries in prosthetic gel-immersion units. Smart mobs of citizens act as an instant counterforce to corporations and governments. Rich folks race suborbital cruisers against each other. And still regnant are the myriad quintessentially human loves and hatreds, ambitions and fears of our species, mutatis mutandis.

Some of our main characters: Gerald Livingstone, an astronaut. Hamish Brookeman, a scare-mongering “sci-fi” author on the lines of Michael Crichton. Hacker Sander, rich scion and rocket jockey. Tor Povlov, a female ace reporter whose persona and abilities suggest Lois Lane crossed with Rachel Maddow and the whole staff of Boing-Boing. And Peng Xiang Bin, impoverished Shanghai scavenger. And there are scores of subsidiary characters.

Not neglecting many lesser threads of interest, Brin promptly offers us the main MacGuffin that sends all our characters scurrying, in the form of that classic SF trope, “First Contact with ET.” Gerald finds an artifact in orbit that proves to be of alien origin, and all the neat if unstable equations of life on an overburdened Earth swiftly begin to fall apart. To reveal too much about the artifact and its impact would be to spoil some neat twists and turns Brin lovingly lays down. But I think it’s fair to say that Brin — who previously imagined alien-human relations in some detail in his Uplift series of far-future novels — has put his unique stamp on the notion.

Brin’s text is dense with speculative elements on nearly every page, from postmodern zeppelins to underwater survival suits. Like Brunner’s, his story often reads as if he had journeyed to the future and filmed it. We get a sense not only of a broad spectrum of people who have adapted themselves to new habits of information usage, of earning a living, of recreational pursuits, but who have also internalized new baseline assumptions and expectations about how the world works. These are not merely people from 2012 transplanted to different circumstances, but true denizens of the future. For additional angles, recurring “nonfiction” chapters from various imaginary sources add documentary sidebars to the tale.

Much of Brin’s exciting and scary new technology is reflected in neologisms of greater or lesser likelihood, including the tricky move of inserting “ai” for “artificial intelligence” into the middle of common words. I’m a big fan of invented or repurposed vocabulary, since I believe that’s how language actually evolves. Imagine telling someone in the year 1980, “I had to quit posting because a troll was starting a flame war on Facebook.” The delightful sense of cognitive estrangement that altered language brings about is a prime pleasure of SF, and Brin mostly does it well. But we do encounter a few clunky inventions in Existence. Ever since Robert Heinlein coined TANSTAAFL (“There ain’t no such thing as a free lunch”), we’ve had authors laboring over similar awkward acronyms. Niven’s “Tanj!” as a cussword was a prior low point. (“There ain’t no justice!”) In Brin’s case, it’s WAIST: “Wow, ain’t it strange that…” Here’s my response: NGH, or “Never gonna happen.”

Additionally, Brin at age sixty-one is not, oh, forty-year-old Paolo Bacigalupi or Ernest Cline. Some of his Boomer reflexes trigger a few rare moments where you might feel you’re dealing with one of “yesterday’s tomorrows.” I doubt anyone under the age of fifty is going to get the somewhat pointless allusions embedded in “Autie Murphy” and “Gene Autie,” when referencing two autistic persons.

But these tiny tics disappear in the oceanic onrush of action, philosophy and world-building, especially in Parts 7 and 8, which blossom out laterally in quantum leaps of arena-widening wonder.

“Cicada Lifebloggers had already given [Gerald] free biograph-storage — geneticodes, petscans, q-slices, and all that…. Now they wanted him to put on their omni-crown, a hot-hat guaranteed to see what he saw, hear what he heard, and store his surface neuroflashes down to petabytes per second!”

Reading Existence is like downloading the datastream from David Brin’s hot-hat as he insatiably surveys the marvelous destinations awaiting us just around the bend.