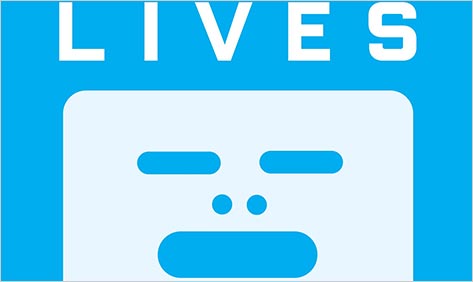 When Valve recently updated its shiny Steam client—that flashy desktop app permitting the user to waste numerous hours on video games and to spend precious dollars on special weekend sales—I received the soul-shattering news that I’d clocked in an alarming 131 hours of Team Fortress 2. I had not asked for this statistic, yet this seemingly benevolent software company had given it to me in the game launch window. And the size of this embarrassing timesink felt incommensurate with my daily duties as a books enthusiast. It was enough to make me wonder if I needed to register for some national time-offender database.

But why should playing video games afford us the same shame generally reserved for a trenchcoat-clad saunter into a video store’s dusty back room? According to a recent games industry study, an estimated 183.5 million Americans spent $25.3 billion on video games in 2009. And this young yet financially robust medium isn’t going away anytime soon. With Junot Diaz writing about Grand Theft Auto IV in the Wall Street Journal, and another Pulitzer Prize winner stirring up online controversy with the bold (and fallacious) claim that “video games can never be art,” Tom Bissell’s brave book, occupying a niche somewhere between journalism and an extended personal essay, couldn’t come at a better time.

It isn’t too much of a surprise to see Bissell, who once constructed an imaginary tableau from a solitary photo in his moving memoir The Father of All Things, very keen on exploring every nook and cranny of a virtual world. He notes that he is “frequently startled by how well I remember certain gameworlds” and registers his mirth at discovering a profane tag in “an isolated, hard-to-find corner of Fallout 3‘s Wasteland.” He attends conferences, talking with the industry’s graying progenitors when not parrying publicists who keep game details more tightly lidded than classified military intelligence.

Some of his intrepid encounters at these geek-populated industry events allow him to raise questions about the emotional and ethical realities of games, revealing the savvy strategies which secure such visceral reactions from players. He interviews Ubisoft’s Clint Hocking about BioShock‘s “ludonarrative dissonance”—a design shortcoming in which the game’s moral choice is more of a binary opposition without genuine consequence—and observes that Hocking’s Far Cry 2 is just as guilty in neglecting to populate its ravaged universe with innocent civilians. But if the video game has floundered on the narrative question, it’s atoned for these inadequacies with more open-ended innovations, such as Left 4 Dead‘s AI Director, an in-game engine that computes the number of zombies to generate based on live player performance, and Mass Effect‘s Paraphrase System, which permits the gamer from being exposed to the same vocalized inflection twice.

Much of the book’s appeal originates from Bissell’s reserved eccentricities, which provides some heft to the staid duty of describing the act of playing video games. He’s willing to go out on a limb, confessing that the emotions he experienced during a heroic rescue in Left 4 Dead were “as intensely vivid as any I have felt while reading a novel or watching a film or listening to a piece of music.” He describes the “tremendous guilt of preemptive loss and anxiety” after a round of Mass Effect, telephoning his girlfriend for advice, who tells him he’s crazy.

But Bissell’s jocular obsessions eventually exact a terrible price. Holed up in Estonia, Bissell loses himself in Fallout 3‘s postapocalyptic perdition and forgets about the 2008 presidential election. And in the book’s harrowing final chapter, describing Bissell’s near total surrender to GTA IV, he’s saddled with a coke addiction, an inability to read or write, and the distressing news that a game mission can give an experience “that nothing else can.”

Even life? While Bissell is courageous in flaunting his flaws, it’s nearly impossible to exit this volume without being overcome with pity. Iain Banks and Alex Garland are two writers who famously blew deadlines because of video game addiction, but they both eventually returned to the desk. Now here is one of our more underrated writers, a man in his mid-thirties squandering his talents for puerile investigations of Liberty City. If his gaming experiences are “as important to [him] as any real memories,” then the real question isn’t whether or not video games can be art, but whether they are becoming dangerous barriers to great artists—or writers—in the making.