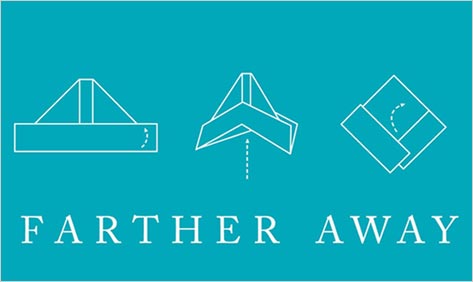 Jonathan Franzen wants you to like him. In “Mr. Difficult,” a 2002 New Yorker essay, Franzen identifies two types of authorship: the Status model, devoted to the pursuit of difficult art at the expense of commercial gain, and the Contract model, which privileges the enjoyment and connectedness of the reader. Franzen is, in his own estimation, “a Contract kind of person.” His novels don’t ask more of the reader than she is willing to give in turn. “[T]o build the reader an uncomfortable house you wouldn’t want to live in: this violates what seems to me the categorical imperative for any fiction writer.”

But if Franzen the fiction writer diligently abides by this Kantian fiat, Franzen the essayist is not in the business of building comfortable houses. In his nonfiction, Franzen violates the writerly contract he so vaunts, not by high-art subversion but simply by being a grouch. How to Be Alone, which appeared in 2003 two years after the breakout success of The Corrections, collected his essays of the previous decade into an angry bundle. Anchored by his famous Harper’s essay on the plight of the modern novelist, the book lambasted our national preference for cultural pablum and lamented the demise of a virtuous solitude. Farther Away, coming nearly two years on the heels of Freedom, follows much the same pattern. Like its predecessor, this assemblage of essays finds Franzen in a curmudgeonly mood — ranting against the encroachments of social media and other people’s cell phone “I love yous” — and like its predecessor, it contains one long essay that has already proved a lightning rod.

“Farther Away,” the essay that lends the book its title, arrived with the force of a gathering storm, an electric anticipation (literally: The New Yorker used it to bait new fans on Facebook, never mind Franzen’s public denunciation of the “like” button) giving way to a blustery fracas. Here was a major novelist, possibly even the novelist of his generation, prepared to issue a public verdict on the life and work of another literary titan, his late friend and friendly rival David Foster Wallace. And what a mournful, vengeful, bitter, sad, ambivalent verdict it was.

”Farther Away” has a deliberately inorganic quality: Franzen, having deferred the emotional work of making sense of his friend’s suicide to deal with the professional work of finishing and promoting Freedom, decides to isolate himself on the same remote Chilean island where Defoe set Robinson Crusoe, in order to contemplate the origins of the novel and work through his feelings about Wallace’s death. In Franzen’s mind, these subjects are not unrelated. The modern novel, whose genealogy begins with Robinson Crusoe, was born of a need to fill the leisure hours of a newly emergent bourgeoisie in eighteen-century England; Wallace “in one interpretation of his suicide…had died of boredom and in despair about his future novels.” The novel was meant to be a solution to boredom, and Wallace, in taking boredom as his subject in the work eventually published as The Pale King, had plunged into a fatal nihilism.

While Franzen never admits subscribing to this interpretation, he has elsewhere described his and Wallace’s shared understanding of fiction as “a particularly effective way for strangers to connect across time and distance” — a conclusion that Wallace, by his suicide, would seem to have abandoned. And yet what makes Franzen angriest, and where his sense of injury over Wallace’s death begins to show through most fully, isn’t Wallace’s implicit rejection of the redemptive possibilities of fiction. It’s the way in which Wallace’s suicide has itself transmogrified into an unlikely act of connection:

But if you happened to know that his actual character was more complex and dubious than he was getting credit for, and if you also know that he was more lovable — funnier, sillier, needier, more poignantly at war with his demons, more lost, more childishly transparent in his lies and inconsistencies — than the benignant and morally clairvoyant artist/saint that had been made of him, it was still hard not to feel wounded by the part of him that had chosen the adulation of strangers over the love of the people closest to him.

The story of their friendship is the story of two great writers caught in a dialectic of mutual admiration and resentment, each finding in the other a counterpart against whom to define his own relationship both to his art and to his public. As Franzen said in his interview for The Paris Review‘s “Art of Fiction” series, “I perceived, rightly or wrongly, that our friendship was haunted by a competition between the writer who was pursuing art for art’s sake and the writer who was trying to be out in the world. The art-for-art’s-sake writer gets a certain kind of cult credibility, gets books written about him or his work, whereas the writer out in the world gets public attention and money.” Some of Franzen’s bitterness in “Farther Away” seems to be directed at the ways in which Wallace’s inexplicable act thwarts the narrative he had constructed around their respective relationships to the Contract and the Status models:

[W]e who loved him were left feeling betrayed. Betrayed not merely by the failure of our investment of love but by the way in which his suicide took him away from us and made him a very public legend. People who had never read his fiction, or had never even heard of him, read his Kenyon College commencement address in The Wall Street Journal and mourned the loss of a great and gentle soul. A literary establishment that had never so much as short-listed one of his books for a national prize now united to declare him a lost national treasure.

Wallace dies not only with his cult credibility intact; he also gets public attention and money.

The fact that Farther Away (the collection, not the essay) opens with Franzen’s own commencement address at Kenyon makes for an instructive irony: was Franzen ever really the populist of the two? Certainly, when we enter the terrain of nonfiction, the dichotomy begins to break down. Franzen’s essays hold his reader at arm’s length, whereas Wallace’s are more readily welcoming than his fiction. Both Kenyon speeches — Wallace’s from 2005, Franzen’s from last spring — warn against the lure of narcissism. Wallace asks the graduating class to do the hard work of consciousness, of keeping their brains from flying on autopilot; Franzen rails against the techno-consumerist threats of Facebook and the iPhone. For a talk so concerned with the importance of connecting with other people, Franzen comes across as willfully obtuse: “Very probably you’re sick to death of hearing social media dissed by cranky fifty-one-year-olds. My aim here is mainly to set up a contrast between the narcissistic tendencies of technology and the problem of actual love.”

There are, it is worth noting, other essays in this collection: “Farther Away” is one of twenty-two pieces assembled from Franzen’s extra-fictional writing career since 1998. There are his environmental writings from The New Yorker, born of a midlife love affair with birdwatching; assorted literary criticism; and a handful of essays in which he uses his pedestal to plead the case of deserving, overlooked authors: Christina Stead, Donald Antrim, Alice Munro. In this last category, Franzen is at his best, shedding his perennial irritation to treat them with a nuance he fails to bring to his readings of the twenty-first-century cultural landscape. But it’s “Farther Away” — a document of one great writer tangling with the ghost of another — that we’re going to be reading thirty years from now. It’s the only essay Franzen has written that directs the current of anger that runs through all of his nonfiction at a subject actually worthy of it: the suicide of his best friend. His willingness to say the unsayable, to let all his ugly feelings show through, may not make him likable, but in finally writing for himself instead of for his reader, he’s given us a fitting tribute to Wallace — a confrontation with the problem of actual love.