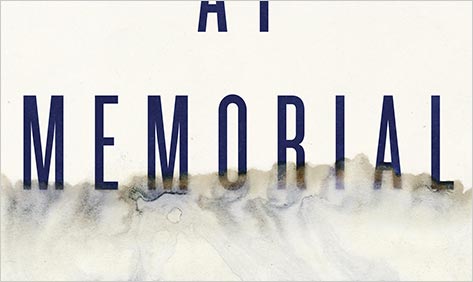 In the early-morning hours of August 31, 2005, at Memorial Medical Center in New Orleans, an exhausted nurse, Gina Isbell, stood over an 80-year-old patient, manually pumping oxygen into his lungs. Since Hurricane Katrina had pummeled the city on August 28th, conditions at the hospital had grown increasingly dire, but they had just taken an even more ominous turn with the failure of the last backup generator; the dark and sweltering hospital, which had been without air conditioning and running water and reeked of human and animal waste, was now without the lifesaving equipment that had been sustaining the sickest of the nearly 250 patients sheltered there when the storm hit. A doctor approached Isbell and told her that the hospital had run out of oxygen, saying, “You have to let him go.” The nurse reluctantly stopped pumping and stroked the man’s hair as he died, eventually wheeling his body into the makeshift morgue in the hospital chapel, where she wept in the arms of the chaplain. She later learned that the doctor had been mistaken; the hospital hadn’t run out of oxygen.

This haunting story contains within it the chaos, confusion, valor, and tragedy that characterized the aftermath of Hurricane Katrina. Five Days at Memorial is Sheri Fink’s masterful, disturbing account of that period at the hospital, and the fact that Isbell’s story merits merely a page offers an indication of how bad things got (when a disaster mortuary team finally entered Memorial two weeks after the storm, they discovered 45 decomposing bodies, more than at any other area hospital). The book, adapted from Fink’s Pulitzer Prize–winning 2009 article published jointly by The New York Times Magazine and ProPublica, focuses on an even darker episode: the apparent administration of lethal doses of narcotics to perhaps 20 patients by medical staff as the hospital was in the hectic final stages of its evacuation.

Fink, a physician-turned-journalist, devotes the first half of the book to re-creating the five desperate days, basing her narrative on interviews with hundreds of people who were there or who subsequently investigated the events that took place. There were 1,800 to 2,000 people riding out the hurricane at Memorial — patients, staffers, and their family members — and a couple of hundred pets. Initial relief that the hospital had weathered the storm was replaced by the awful realization that the levees had been breached, that the floodwaters were rising, and that help would be slow in coming. Much has already been written about the government’s bungled response; Fink reprints frantic e-mails sent from staffers to Memorial’s Dallas-based corporate owner, and Tenet Healthcare’s ineptitude is equally appalling. As communication with the outside world became more difficult, rumors started to fly — that New Orleans was under martial law, that armed looters were on their way to Memorial to plunder its drug supply. More than one person characterized the hospital to Fink as a “war zone.”

When the evacuations finally began, staffers sent the sickest patients first. Getting them to Memorial’s long-unused rooftop helipad was a grueling process that involved carrying them down flights of stairs in hundred-degree heat and darkness, passing them through a hole in the machine room wall, and carrying them up the parking garage ramp to ascend a three-story metal staircase. Doctors and nurses who, Fink notes, “had little if any training in triage systems and were not guided by any particular triage protocol,” eventually flipped their strategy, prioritizing not the sickest but the healthiest people for evacuation. This decision seems to have been made in part because of the difficulty of moving the gravely ill and in part because staffers weren’t confident that evacuees, many of whom were being dumped on a highway interchange to await rescue, would receive adequate medical care on the other end.

One doctor, despite the wretched surroundings, remained energetic and appeared comfortable taking control. Surgeon Anna Pou assumed the lead in designating which patients would go and which would remain. There was a belief among the doctors, she later said, that they wouldn’t be able to save everyone. On the fifth and final day, with police ordering that the hospital be completely emptied, Pou, along with a handful of other doctors and nurses, allegedly moved among the remaining patients, administering lethal doses of morphine and the sedative midazolam. “I’m going to give you something to make you feel better,” several witnesses reported her saying.

The second half of the book is a gripping, exhaustive account of the investigation that in 2006 led to the arrests of Pou and two ICU nurses for second-degree murder in the deaths of at least four patients. (Pou herself, citing civil suits, did not discuss the charges with Fink, but two other doctors, who were never arrested, spoke to the author about hastening patients’ deaths, with one of them defending his actions as “a no-brainer.”) The arrests were met with outrage in New Orleans, whose citizens by and large saw medical staffers as the heroes of the storm and the government as its villain. The attorney general was eager to prosecute Pou (charges against the nurses were dropped in exchange for their testimony), but the district attorney had no appetite for a case  drenched in politics that threatened to reopen the city’s collective wound. Nor did the city coroner, who believed Pou was guilty of homicide but thought a trial would lead medical professionals to leave New Orleans. The grand jury never heard much of the evidence against Pou, and it ultimately refused to indict her.

Fink is less interested in staking out a strong position on the patient deaths than in using the story to urge us to do better in the future — by patients, certainly, but also by doctors and nurses, who in this case were forced to wing it under traumatic circumstances. Compounding the original tragedy, few lessons in disaster preparedness seem to have been learned. “To the extent that protections and plans have been put in place since Katrina, recent events have often shown them to be inadequate or misguided,” Fink writes in a searing epilogue that touches on calamities like 2012’s Hurricane Sandy.

These waters are so murky, and Fink so evenhanded, that you’re likely to put down the book feeling sympathy for everyone involved. One person in particular, however, is difficult to shake. Unlike most of the other victims, who were unresponsive, critically ill, and unlikely to survive a difficult evacuation, 61-year-old Emmett Everett, a 380-pound paralyzed man among those allegedly injected by Pou, was awake and alert on the morning of the fifth day. He’d eaten tuna fish, crackers, and relish for breakfast and asked after the other three patients he’d been rooming with, who’d already been taken out of Memorial. Pou and her exhausted colleagues couldn’t figure out how they’d manage to get him down the stairs, and they worried that he wouldn’t fit through the passageway to the helipad. “So are we ready to rock and roll?” Everett had asked about his own evacuation Thursday morning, later telling his nurse, “Cindy, don’t let them leave me behind.”