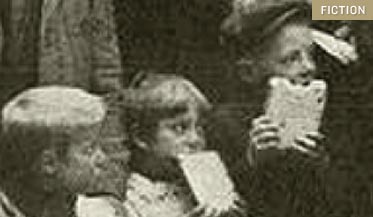 Recently, I was chatting with a friend over IM about the virtues of Stanley Kubrick’s film adaptation of the 19th-century novel The Memoirs of Barry Lyndon, Esq. After listening to me gush about how the film’s slow, deliberate pacing mimicked the languorous sentences of the Victorian novels from that era, my friend admitted that he probably wouldn’t like the picture. He sheepishly confessed that the on-demand quick fixes that define a large portion of the entertainment of our era had warped his ability to appreciate fare that was less forthright in its approach. Not being wholly immune to this phenomenon, I hastened to express my sympathies to my friend regarding his predicament.

I have recounted this anecdote as means to introduce the work of the brilliant Polish novelist Magdalena Tulli — whose books might be herded into the category of novels of ideas — to ensure that I don’t make the same mistake twice: i.e., damning with praise. Thus, let me say up front that Tulli’s work, while brimming with serious reflections, is far from dry and almost always immediately rewarding from the outset.

To grasp the context from which Tulli’s oeuvre emerges one should be mindful that throughout the last century, the constricting belts of occupation and repression that wrapped around the lives of countless Poles shaped a culture of opposition. In this climate, underground lectures and publications proliferated. Little marvel, then, that the international, multidisciplinary aesthetic movement that has come to be identified as “modernism” was ported to Poland. For just as modernist artists labored against inherited regimentation of expression, likewise did many citizens in their everyday lives. Perhaps this is why an ethical, not just an aesthetic, mandate seems to inform the compositional innovations that were practiced by some of the most dashing exemplars of 20th-century Polish literature.

One finds evidence of this tradition in the fictional creations of Tulli, who has published four novels, three of which have been translated into English. As might be presumed of a writer who is acquainted with the modernist toolset (she has translated Proust into Polish), much of Tulli’s writing flaunts its artificiality. Time and again in her new novel, Flaw, as in her previous novel, Moving Parts (2005), a high-toned mockery is made of any pretense toward explaining the reasons behind every event. Fortunately, these narrative feints aren’t superfluous. They’re used as a podium from which to disperse philosophical comments in clear, direct language.

Tulli uses a behind-the-scenes approach to begin Flaw. An unnamed narrator commissions a tailor and an assortment of tradesmen to construct costumes for the novel’s characters and sets for their actions. From a cursory viewpoint, considering the extent to which movies, alone, have made plentiful use of this meta-narrative device (one thinks, for example, of the opening scene of Godard’s Contempt or Truffaut’s Day for Night), such staginess does appear retrograde. In practice, however, Tulli immediately overcomes the familiar nature of this plot mechanic by milking it for a thoughtful effect.

As in Moving Parts, the unnamed narrator of Flaw is depicted as a sympathetic bungler who is incapable of conducting the story in an orderly fashion. This image of a beleaguered impresario allows Tulli to pack a judicious amount of buoyancy into her tale of displaced morality. It also emphasizes the writer’s marginal status as a responder to — as opposed to an instigator of — events. For instance, on account of the narrator’s monetary doldrums, the tailor becomes disgruntled with his work:

The more perfect the item that sprang from his needle in the first burst of inspired diligence, before the cash was used up to pay the rent, the greater the subsequent shame when things begin to descend into the mass production of poorly made garments. But shame decays; nothing turns to dust faster. It is wiped off with a clothes brush. Discarding his ambitions, the tailor will from now on cut the cloth sparingly and unimaginatively?. Jackets will restrict freedom of movement by creaking at the seams.

Tulli coasts from an ominous allegory about thwarted potential and diminished freedom, toward a reckoning of how something, i.e., “shame,” operates. It’s her facility with saying what something is, rather than how it feels, that identifies her as an intellectual artist.

This attention to space is a theme revisited throughout Tulli’s books — her 2004 novel Dreams and Stones ranks among the most accomplished meditations on urban planning in fiction. In Moving Parts, the narrator tracks the characters through a vertiginously interlocking spatial tissue comprised of a hotel, subway station, bar, house, and circus. Tulli’s liquefaction of boundaries allows her to dream up some genuinely trippy moments — during one part, the narrator, traveling into the bowels of the hotel, encounters a makeshift medical facility for war victims, which must be cleared away to make room for a “German gunboat slowly drops onto the floor.” This incorporation of the surreal frees the narrator to experience and comment ironically on everything from the Soviet invasion of Poland to the redenomination of Polish currency in the 1990s.

In Flaw, by contrast, spatial parameters are more fixed. Even so, Tulli unmoors her story from specifics. Action takes place either on or behind a set built to “look like some quiet neighborhood of a large city.” Beneath this universal canopy, a notary awakes one morning. Before ducking into his office — which the narrator’s contractors have neglected to erect — the notary drops by a cafe inhabited by a hungover student. At length, the notary receives a phone call from his broker, who informs him that a stock market crash is underway.

News of the disaster spreads quickly, goods are swept off the shelves of stores and a black market comes into being. (Adding to this all-encompassing instability is the fact that the “contractors” helped to engineer the crash.)

Refugees emerge, fresh from who-knows-where. “Up till now they had lived where they belonged, uninitiated into the mysteries of the freight railroad, uninformed about?the economies made in the construction of walls, far away from the notary and his safe.” Deposited by streetcar into the center of the neighborhood, their presence provokes predictable fear in the local residents.

As if all this weren’t enough, an announcement is made on the radio that the government has been ousted in a coup. This brightens the student’s day noticeably. Eager to avail himself of the shifting social climate, he stuffs his pants into his boots and buckles his belt around the outside of his jacket. In congruence with the novel’s leitmotif that clothes can shape one’s circumstances, this stab at military dress up works well enough that soon the student enjoys newfound respect as the organizer of a militia, which keeps an increasingly tight rein over the refuges.

With so much compacted allegory — what with the shady covert machinations, preyed-upon refugees, and hint of a totalitarian dawn — it’s impressive that Flaw doesn’t flounder, as the story’s narrator does, in its attempt to express the dark opportunism that soiled much of 20th-century European history. But excluding a couple of sections where Tulli indulges in a truism here (“The pity of the majority is reluctant to make sacrifices: custom dictates that its noble impulses are paid for by those it overlooks”) or an overblown description there (“Not a hair on anyone’s head had been harmed and no one had suffered any wrong, aside from a few bruises and a certain amount of spilled blood”), Flaw is agile at exploring the ever fertile soil from which dehumanization can spring.