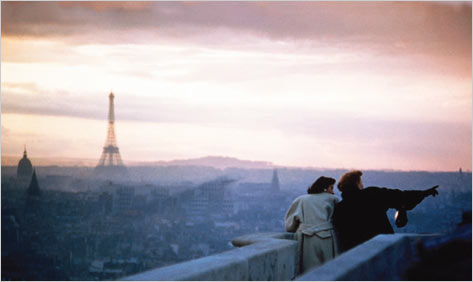 Severalyears ago the octogenarian novelist and critic Cynthia Ozick was told by a younginterviewer that her fiction didn’t engage with contemporaryculture. The complaint angered Ozick, and ForeignBodies seems to be her reply. Although set in 1952, thenovel has characters that could easily have stepped out of an up-to-datefiction by Philip Roth: a rich and domineering Jewish father named MarvinNachtigall, his depressed WASP wife Margaret, their hapless son Julian anddull-witted daughter Iris, Marvin’s poor and schlumpy 48-year-old sister Bea,and some minor eccentrics—a B-movie music composer, a mountebank “doctor,”an anti-Semitic philanthropist. From this mostly unlikable crew, Ozick squeezespredictable comedy and—after introducing a character who could not becontemporary, a young woman who survived the Holocaust—unanticipated emotionalsatisfaction.

To contrast the lowculture that her characters represent and the high culture of the earlytwentieth century that Ozick has praised in her five books of essays, sherewrites and extends Henry James’s TheAmbassadors, a novel she once called her “talisman.”In that 1903 book, the middle-aged editor Lambert Strether is dispatched toParis by his wealthy fiancée to bring back to the United States herculture-accumulating son. After weeks immersing himself in social niceties andforeign subtleties, Strether finds the “remarkable” and “wonderful”young man in immoral “intimacy” with a married woman, and the failedambassador returns alone to America. Although one need not invest a week or ayear in reading The Ambassadors to “get”Foreign Bodies, those who know James’snovel will savor Ozick’s many ironies—sometimes directed against herexpatriates, sometimes against the James who largely ignored people withoutdrawing rooms.

As Ozick’s title suggests,her characters lack Jamesian refinement. The brutish Marvin orders Bea from NewYork to Paris to convince the 23-year-old Julian, an unemployed waiter andundistinguished writer, to return home, but he has secretly married Lili, aRomanian widow wounded and deformed by Nazis, who wants to live in Israel. Tocomplicate Bea’s mission, Julian’s sister runs off to join her brother inParis, where she takes up with a fake healer familiar with “astral bodies.”Evaded and insulted, Bea loses “interest in these young people’s lives,their plots and intimacies, their alien bodies and whatever effluvium mightpass for their souls. Iris and Julian, niece and nephew, flesh of her flesh,who had never cared to seek her out, or she them. They were mutually incuriousand mutually superfluous.” Bea, like James’s ambassador, returns home afailure.

But Bea’s experiences inParis do inspire her fitful liberation back in the United States, where Jamesdoes not take his readers. Like one of Joan Didion’s globe-wandering,late-awakening women, Bea decides to act, to do. She deceives her brother,starts exorcising the influence of her former husband, travels to Los Angelesto spy on Marvin’s life and wife, helps Julian and Lili, and becomes the onlylikable character in the novel, at least until she indirectly causes anaccidental death and deprives Julian of a “royal inheritance.” InOzick’s world, no sin or good deed goes unpunished, but Bea, absorbing willpower from the prickly Lili, comes through like a feminist heroine of the1970s, and earns the author’s final words: “wasn’t it Bea who’d won?”

Ozick’s revelation of heryoung characters’ moral failings is where the novel is most contemporary in itsperspective. The youths’ ethical lassitude seems to indict the current “whatever”generation. The psychological displacements Ozick gives her geographicallydisplaced people are incisive, and her depiction of her Holocaust survivor iscomplex. But Ozick diminishes her novel’s authority and contemporaneity byassociating bodies with “foreign matter,” as if humans werehelium-balloon souls injected with heavy metals.

Physical ugliness abounds:the hairless body of the libertine Alfred (modeled on Ozick’s college friendand writer Alfred Chester), the “bisonlike” Marvin, the fat neck anddripping nostrils of Julian, Iris stiff as an ironing board when having sex.Hammer-toed Bea thinks of her own body as “a latticed basket leaking stalelost longings” and “as a floating vitrine”:

Youcould see into it, she imagined it as a movie, the movie music swirling upward,the camera trundling in for the close-ups, you could watch the heavings of theovaries and the uterus contracting, and the shining slime of liver and spleen …one of the medieval humors.

One might argue that Ozick’snegative presentation of bodies represents her characters’ 1950s Puritanism orthat the author uncovers what was veiled by layers of fancy clothes anddelicate sentences in The Ambassadorsor even that the Nazis had turned bodies to meat in the popular imagination.Yet none of these possibilities—or even all, taken together—quite explain thephysical revulsion and spleen that circulate through the novel.

Foreign Bodies may be retrograde in its physiology, but the novel is contemporary inits designed accessibility. In her last collection of essays, The Din in the Head, Ozick said that “readers nowadays willhardly tolerate long blocks of print unbroken by dialogue or action” orlanguage that is not “familiar, speedy.” In place of “longblocks,” Foreign Bodies hasfifty-seven short chapters, some of them letters by the principals, toldthrough multiple but clearly identified points of view, including those ofminor characters. With so many of them at cross purposes, the dialogue in Ozick’sbrief scenes is quick and sharp. The style is “familiar,” evencolloquial and ugly in the letters, rarely decorated with Ozick’s usualextended and original metaphors. We occupy Bea’s consciousness more than othercharacters’ minds, and as a high school English teacher she is capable ofliterary allusion and witty kvetching, but she’s no obsessively meditating,compulsively qualifying Strether. And, thankfully, Bea does not turn into apostmodernist figure who realizes she is a feminist alternative to James’s ditheringprotagonist.

In the interview mentionedearlier, Ozick insisted on her “history-consciousness.” Foreign Bodies includes references tonew televisions, loyalty oaths, and the Korean War, but her generationalconflicts between working elders and slacker youths and her pointed prose arequite contemporary, certainly not foreign to our age. Only the notion ofbodies, which seems Platonic. Overlook that and the novel gives considerablepleasure: what Bea calls “grieving hilarity” and the play of contrastsamong three periods—James’s, the 1950s, the contemporary—and threelocales—America, France, and the empyrean.

Tom LeClair is the author of six novels and three critical books, including What to Read (and Not): Essays and Reviews, which includes many pieces first published in the Barnes and Noble Review.