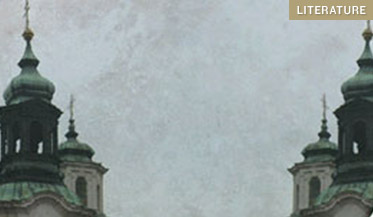 In a passage from his “On the Examination of Firms by Trade Inspectors,” written in 1908, Franz Kafka parsed the pernicious slipperiness of legal language — like the word standard. “Some inspection reports seem to feel that they have to invent the term ‘standard firms’ all over again. In such evaluations, ‘standard firms’ can mean any number of things, sometimes more than one in the same document; the term may even have more than one meaning in the same sentence. This all-forgiving vocabulary often serves to bridge the statements of fact and the conclusions, serving to superficially reconcile the two, whereas in reality they would be contradictory according to the classification regulations.” Kafka often sounds more Clintonian than Kafkaesque here when he writes about the difficulties of applying his inspectors’ findings, which were used to establish insurance premiums and risk categories within the nascent compulsory workers’ compensation system in the Austrian Empire. Then again, Kafka the clerk is writing before his surname turned into a shorthand adjective draping all manner of uncanny, phantasmagoric experiences.

“The whole world of insurance interests me greatly,” the young Kafka wrote in 1907, a confession that the editors of Franz Kafka: The Office Writings take as an unexpected point of departure in their translation and collection of 18 reports and newspaper articles (each brief is accompanied by the editors’ commentary). At the office, Kafka was no pencil pusher: After receiving his law degree in 1906, he went to work for the Italian insurance firm Assicurazioni Generali. Two years later, he left that company for the Workmen’s Accident Insurance Institute for the Kingdom of Bohemia, an agency that oversaw the local administration of the Austrian Empire’s compensation system; specifically, the institute was charged with setting and obtaining the premiums covering all manner of industrial settings (he remained its employee, in greater and lesser capacity and on frequent sabbatical, until his resignation in 1922, two years before his death in a Kierling sanitorium). The semi-governmental organization was the product of a quietly radical exercise in social engineering; in statistically calibrating and underwriting the crippling nature of industrial capitalism, the instituted attempted to integrate the interests of labor and capital through the instrument of risk calculation. “In Kafka?s place of work,” Alan Bennett has written, “only the whole man had something to hide, the real handicap to have no handicap at all, whereas a genuine limp genuinely acquired cleared every obstacle and a helping hand was one that had first been severed from the body. The world as hospital, it is Nietzsche?s nightmare.”

Initially the question of how Kafka the clerk brushed against Kafka the writer seems to have been foreclosed by his own nauseated perspective on “the office” as a ferocious burden on his creative life. “The office is a horror,” he famously griped to his fiancée Felice Bauer, whining in his signature manner that “writing and office cannot be reconciled.” But it is the argument of Franz Kafka: The Office Writings that a closer look at the actual writings the Prague bureaucrat churned out makes a more compelling case. Life at the Workmen’s Accident Insurance Institute provided him directly with material that the reader will quickly recognize from The Trial, The Castle, “In the Penal Colony,” and other works, but more significantly it branded on his thinking the strange reality of the law — its social and linguistic particularities, the coupling of a fickle arbitrariness with a fiendish absoluteness — as it both surveyed a real landscape and proscribed behavior.

The 18 reports and newspaper articles touch on all aspects of the institute’s work (not infrequently, these briefs pack a Kafkaesque tang in their very titles, such as “Petition of the Toy Producers’ Assocation in Katharinaber, Erzgebirge” and “Fixed-Rate Insurance Premiums for Small Farms Using Machinery”). Some are intended to galvanize public support for workers’ compensation or to push safety innovations onto recalcitrant manufacturers (the text “Measures for Preventing Accidents from Wood-Planing Machines,” for example, deploys images of the mangled hands of workers to tout the relative costs and benefits of a new-fangled cylindrical device); others were directed to the insurance industry bureaucrats and grappled with the imperfect system of risk classification. “The Scope of Compulsory Insurance for the Building Trades,” written in 1908, finds Kafka taking a position on the rewriting of a 1906 law attempting to close loopholes in a previous statute. While he supports the intention of righting old wrongs (the exclusion of certain workshops from compulsory insurance) through new legislation, he argues that “a repeated modification of the intepretation would only entail another dangerous confusion of legal relationships.” From Kafka’s perspective, vacillation in the law, the editor notes in his commentary, “is a greater danger to society than its possible misinterpretation.”

“Kafka was a master dialectician and seldom found himself on only one side of an argument,” writes Louis Begley in his short biographical essay “The Tremendous World I Have Inside My Head” (Begley, an attorney himself, would seem a perfect guide to the material addressed in The Office Writings, and one wishes that in writing his book, a fine thumbnail guide to the major themes in Kafka?s life — particularly his vexed relationship to his Jewishness and his vexing epistolary to-and-fro with Felice — he had had recourse to the juridical writings). The Kafka who emerges from The Office Writings is, somewhat surprisingly, a realist — or rather, one reads backward from his later short stories and novellas to discover the realist hiding under the surface, not so much because Kafka lifted material and scenes directly from his working life. Instead, it emerges in his translation of the experience of interpretively reading legal fictions about, say, the attempts to classify automobile ownership under the rubric of workers’ compensation (the argument being that since chauffeurs were employees, then automobiles must be seen as “firms”) that Kafka seems less engaged in mythical fantasy and more a writerly observer of a jurisprudential reality.

The editors of The Office Writings are at pains to erase the lingering image of Kafka as a prophetic otherworldly poet of the absurd and reconnect his writing to his life as lived. James Hawkes has perhaps a similar goal in mind with his odd little Why You Should Read Kafka Before You Waste Your Life, an all-out debunking maneuver on “the K.-myth.” “Most English-speakers seem to pick up Kafka’s writings vaguely expecting something like a mixture of Edgar Allan Poe, The Fly, Philip K. Dick, and 1984, ” Hawkes observes. “No other writer’s work suffers from this kind of prejudgment. It means that readers come to Kafka already beholding the (alleged) man, forgetting that in the beginning were his words.” Caught in Hawkes’s fusillade is seemingly every other commentator on Kafka’s legacy, from Max Brod on, including especially what Hawkes sees as the warped academic community comprising Kafka Studies.

Hawkes’s Kafka is a moneyed, skirt-chasing, life-of-the-party type with a weakness for hookers and Aubrey Beardsley — like period porn. Hawkes’s book is an exasperating exercise in pulling masks off the writer’s face as he thinks we remember it. Jewishness, it turns out, had virtually nothing to do with his Kafka’s work; Kafka’s dad was actually a pretty nice fellow; even the TB he suffered from wasn’t really that bad, at least until it killed him, of course. Preposterously literal and rather dubiously dedicated to the notion that if Kafka the man is made more human, the K. myth — a shaky thing to begin with, despite Hawkes’s view — will disappear like chimney smoke, Why You Should Read Kafka is a strange brief: “The plain fact seems to be that scholars just don’t want to know — which, they being the gatekeepers of the facts, means that they don’t want you, dear Reader, to know — about the real Franz Kafka, warts, porn, whores, and all. The effect is one of censorship pure and simple.” Hawkes’s iconoclasm grows tiresome very fast (in part because he is more assiduous a promoter of a sort of anti-myth of Kafka than even the most evangelical of his opponents). Then again, even a good prosecutor will have a hard time winning if his case is weak.