Friendship in Eden, and After 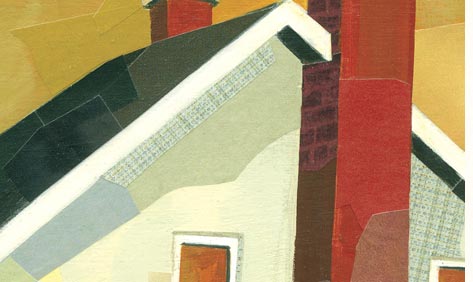 It’s a good time of year to lose yourself in an absorbing, transportive story that has nothing topical, tropical, stormy, or smarmy about it. Wallace Stegner (1909-1993) may be better known for his 1972 Pulitzer Prize-winner, Angle of Repose, but it’s his last novel, Crossing to Safety, which quietly celebrated its 25th anniversary this year, that keeps drawing me back. This is the kind of book — the apt first selection for Will Schwalbe’s The End of Your Life Book Club, by the way — that reminds you why reading is such a wonderful solace and escape.

Achingly poignant and nostalgia-steeped, Crossing to Safety is about a close friendship between two couples that spans some forty years, for richer and for poorer, in sickness and in health, till death do them part. Taking its title from a line from Robert Frost’s poem, “I Could Give All to Time,”  the novel’s concerns are the inexorable passage of time and inevitable loss, but also what one holds onto — “The things forbidden that while the Customs slept I have crossed to Safety with” — most notably, memories (both heartwarming and difficult), and love.

The two couples meet during the Depression on a college campus in Madison, Wisconsin, where both men — one a wealthy but middling would-be poet, the other a dirt-poor but highly talented aspiring novelist — are happy to have landed hard-to-come-by academic jobs as instructors in the English department. Their pregnant wives hit it off, and the exuberant, dazzling wealthier couple, Charity and Sid Lang, take Sally and Larry Morgan under their munificent wings, helping them out repeatedly in times of trouble, and exposing them to a world they never knew existed.

The beating heart of that world is Battell Pond, the Lang’s “discreet and understated” family compound in Vermont, like something “out of a Hudson River School painting, uniting the philosophical-contemplative with the pastoral-picturesque.” It is the antithesis of a trophy property, where even conveniences as basic as telephones are eschewed with a self-imposed austerity. Stegner nails the “simplicity expensively purchased and self-consciously cherished, a naturalness as artificial as the Petite Trianon” that characterize such enclaves of Old Money, rich in simple pleasures. But, as in Poussin’s 17th century pastoral painting, even in Arcadia, there is death.

Stegner’s alter-ego novelist, Larry, narrates the story of this lifelong friendship, which is not without its tensions. The novel opens with the Morgans’ return to Battell Pond after what we learn is an eight year absence. The time is August, 1972, and Larry, whose successful literary career has more than fulfilled expectations, is now 64. He and his wife, long hobbled in body but not spirit by polio, have been summoned back from their retirement home in New Mexico to “the place where during the best time of our lives friendship had its home and happiness had its headquarters.”

They have come, despite the hardship of the trip for Sally with her cumbersome leg-braces and crutches, because their dear, imperious, generous, captivating, and exasperating friend Charity is dying of cancer. Entirely in character, she wants to stage her exit with the same rigorous control with which she organized picnics, her husband’s disappointing career, her children’s lives, and everything else. (The couples’ offspring, by the way, are conveniently peripheral through much of the action, left with caregivers for stretches of time likely to astonish modern-day sensibilities.)

After setting the scene, Larry circles back to the 1930s, when the two families met, and then works his way back to the novel’s present, 1972. The circular structure is significant, for as Stegner writes, “In fact, if you could forget mortality, and that used to be easier here [at Battell Pond] than in most places, you could really believe that time is circular, and not linear and progressive as our culture is bent on proving.” What does Stegner mean by this? He pans out for a broader, more expansive view that reflects his deep connection with the natural world, which fueled his passionate, early championing of environmentalism: “Seen in geological perspective, we are fossils in the making, to be buried and eventually exposed again for the puzzlement of creatures of later eras…. Here everything returns upon itself, repeats and renews itself, and the present can hardly be told from past.” Readers may recognize a shared sensibility with Jim Crace’s  Being Dead (1999), which chronicles in luminous prose what happens to the bodies of a middle-aged married couple murdered on a beach just as they are reconnecting with their old passion for each other. Crace’s unusual narrative is very different from Stegner’s but still highly recommended for another stirring yet quiet read grounded in an appreciation for nature.

So many of Stegner’s lines invite discussion, and so many of the narrator’s remembered events, occurring “at a time in our lives when the smallest pebble on the track could derail us,” were pivotal: “I never heard of anybody’s life but ours being changed by a dinner party,” he writes. As for young promise: “Talent lies around us like kindling waiting for a match, but some people, just as gifted as others, are less lucky. Fate never drops a match on them.”

Of course there is a snake in the grass in this luxuriantly evoked Eden — or rather, several. One is the polio virus that attacks Sally. More troubling, the Langs’ marital dynamic creates disturbances which ripple out and threaten to swamp them all. Sid’s need for “direction and reassurance” and Charity’s compulsion to take charge result in a level of henpecking that becomes increasingly uncomfortable for the Morgans. When the Langs’ daughter urges Larry to write about her parents, hoping he can explain their warped relationship and why they have stayed together, he responds that writers “don’t understand any more than other people. They invent only plots they can resolve. They ask the questions they can answer.” We readers are of course shaking our heads — for in Crossing to Safety Stegner has raised numerous questions not just about the Langs’ marriage, but about loyalty, love, and the most beautiful sort of longterm caring — questions without easy answers.

Part of the wonder of this book is the high level of dramatic tension Stegner manages to render from essentially quiet lives. Compared to the reams written about romantic or family relationships, surprisingly little ink has been spilled about lifelong, life-changing friendships. Alice Mattison’s When We Argued All Night is a recently published novel about friends whose close connection mutates and endures through decades of political upheavals. I’d be interested to hear from readers about some of their favorite books that involve going the distance — crossing to safety — with old comrades and kindred spirits.