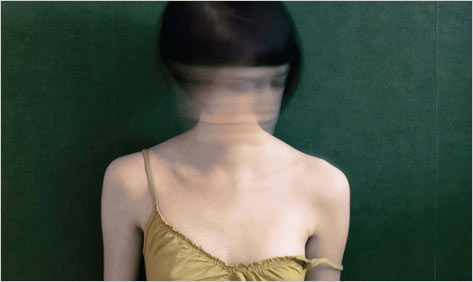 Though its title suggests volcanic rage, Koren Zalickas’s second memoir, Fury, is really about the struggle to access her anger after a lifetime of repression. The epigraph quotes Emily Dickinson: “Anger as soon as fed is dead—Tis starving makes it fat.” When her British indie-rocker boyfriend dumps her after weeks of bickering, she flees their home in England and arrives safely (but not so soundly) at her parents’ home. Initially, she sets out to write a book about different techniques for anger management. A list of remedies attempted include, in no particular order: Homeopathy, Chakras, Psychoanalysis, garden-variety therapy, life-coaching, chain-smoking, banging a toy drum, beating a pillow, group therapy, meditation, Reiki, and Yoga. (Alcohol is sensibly absent; Zalickas’s first memoir, Smashed, chronicled her binge drinking). But in researching strong emotions, Zalickas realizes she’s unable to articulate her own. Her therapist, Alice, questions her about her family’s relationship to anger, and the floodgates open.

Zalickas’s exhaustive play-by-play of her daily activities makes Fury read more like a diary than a finessed memoir, leaving little room to make a specific statement on anger and women’s relationship to it. Still, albeit somewhat clumsily, the book finds its purpose more than halfway through when Zalickas realizes she used her boyfriend as a scapegoat for her anger at her parents, particularly her mother. The difficulty of their relationship is evident. In response to a pregnant woman who comes to her group therapy to insure she won’t contaminate her fetus with negative thoughts, Zalickas writes, “It struck me as a nice thought  . . . I mean, whose mother was that considerate?” This is perhaps meant to be funny, but it speaks volumes to the tension in her relationship with her own mother, who once told her, “If you get angry like that out there in the real world outside of this house, people will lock you away.” So Zalickas avoids expressing angry feelings, holding her fury inside until it explodes in spurts—leading her family to believe she has an “anger problem.” In one particularly painful passage, Zalickas suffers a miscarriage at home and finds little support—even some disdain—from her mother and sister. While justifiably upset, her response is nowhere near out-of-control, considering this is only one glaring example of the many hurts and upsets that shaped her. Given her reaction, a more appropriate title for this memoir might be “Repressed.”

While the book could end with a group hug, thankfully it doesn’t. Zalickas acknowledges the storm of emotion and misunderstanding that sits beneath any domestic surface, and this is refreshing. There is no forgiveness or clearing of the air, despite her attempts at reconciliation. The ultimate revelation, ushered in by the birth of her daughter, is about tolerance. Zalickas vows that her child “will be free of the legacy of anger, repression, narcissism, self-sabotage, and abandonment” that she felt. “I want to have the presence of mind to see her not as a version of my grandmother, my mother, or myself, but rather for the person she inherently is and will be.” Though this may be easier said than done, Zalickas has ended her journey with wisdom that feels real—and more importantly, earned.

Jessica Ferri is a writer living in Brooklyn. Her work has appeared in The Daily Beast, Time Out New York, Bookslut, The Millions, The Second Pass, This Recording, and PLANET˚. Find her at jessicaferri.com and snobber.blogspot.com.