Give the Drummer Some 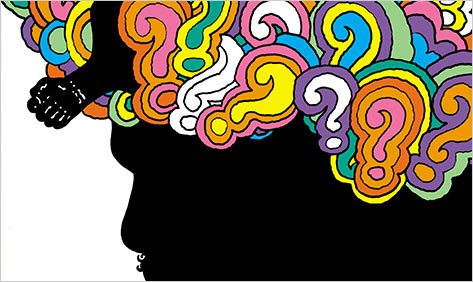 Ahmir Thompson’s emergence as a major celebrity is the kind of anomaly that seemed beyond the reach of popular music in the 21st century. Not because he’s a hip-hopper: Jay-Z, Kanye West, Lil Wayne, and many lesser others are boldface names. But they’re all rappers, natch, and even the brightest of them isn’t as damn verbal, or as damn humane, as Questlove, who’s only a damn drummer. Which is also an anomaly — groups are rare in hip-hop these days, bands like Questlove’s Roots unheard of, Questlove himself the first major drummer to emerge from the music since Sugarhill’s Keith LeBlanc and arguably the best working anywhere. And for his band to somehow become the house band of Late Night with Jimmy Fallon is very nearly miraculous. Questlove’s range and acuteness are so integral to the show that many believe they’re why Fallon is about to displace Jay Leno and turn a hip-hopper into the thinking man’s Paul Shaffer.

As is clear from Mo’ Meta Blues, Questlove isn’t precisely an intellectual. Although he attended private school for a while, his family wasn’t middle-class enough to afford college, and if they had been it would have been Juilliard. But where all musicians know music better than the vast majority of their fans and many are fairly encyclopedic about it, Questlove is a musical polymath of monumental obsessiveness — a polymath who needs a warehouse for his record collection, a polymath who once sent out a drum greeting to D’Angelo by quoting “a Prince lick that wasn’t in the song we were playing, but that was in my head while I was thinking about the song we were playing,” a polymath who points out that the Milli Vanilli song he chose for Ashlee Simpson’s Fallon walk-on was the VH-1 version. (Really now — hadn’t you always wondered about that?) This guy thinks so much about music he’s devoured reviews since he was eight. As a kid he made a mind game of predicting Rolling Stone grades in advance, complete with supporting rationale.

As is also clear from Mo’ Meta Blues, this phenomenally intelligent 42-year-old is in most things an autodidact, the exception being one you wouldn’t figure from a be-Afroed galoot who prefers hoodies and T-shirts to the suits he wears on TV. To wit: Questlove is a showbiz kid. His father was a doowop stalwart who, after his boutique went under in the late ’60s, built a family nightclub act on the nascent oldies circuit. Financially, it was a living, nothing more. But in addition to preparing Questlove for the trying life of a touring musician — pre-Fallon, the Roots were getting up to 200 gigs a year — growing up on the road broadened young Ahmir in a way unknown to the kids in his West Philly hood or even at CAPA, the Philadelphia High School for the Creative and Performing Arts, a monument to public education that just in Ahmir’s time generated the seminal Boyz II Men and jazz standard-bearers Christian McBride, Kurt Rosenwinkel, and Joey DeFrancesco. It was at CAPA that nerdy Ahmir met streetwise Tariq Trotter, who as lead rapper Black Thought has been Questlove’s partner in the Roots since before Tariq bestowed that name on them.

In a world where there are many more rock memoirs than anyone dare read, my own perusing, skimming, and gossiping indicate that three stand out as literature: Bob Dylan’s, Patti Smith’s, and Richard Hell’s. But several hip-hop entries are strikingly competitive — formally adventurous, multi-vocal. Aided by Ghostwritah Chris Norris, the RZA’s 2005 The Wu-Tang Manual begins with solid character sketches of the nine original Wu-Tang Clan members and devotes 50 pages to close readings of various Wu gods’ lyrics. With who knows how much advice from Dream Hampton, Jay-Z’s 2010 Decoded toggles back and forth chronologically and drops key info and insight in footnote-sized glosses on the many lyrics it “decodes.” But Mo’ Meta Blues is even more extreme. Quest twice pauses his memoir early on to debate and interview the Roots’ manager, free-jazz intellectual Rich Nichols, who then withdraws — more effectively, I think — into dozens of footnotes, some of which directly contradict Quest’s recollections. One-paragraph album reviews — of Sly’s There’s a Riot Goin’ On, the Police’s Synchronicity, Sheila E.’s The Glamorous Life, Ice Cube’s AmeriKKKa’s Most Wanted, and many others — dot the first half. And every so often the narrative pauses to reproduce the emailed second thoughts of collaborator Ben Greenman to editor Ben Greenberg.

“Ahmir has, for the most part, always been surrounded by other voices,” says Greenman in the last of these, continuing: “He’s reiterated that several times now: how Tariq represents the red-state constituency (street cred, the barbershop crowd) and he represents the blue-state constituency (art-rock, record nerds, and the avant-garde). But he doesn’t say it to privilege one over the other, at least explicitly. He says it to privilege the synthesis.” This principle accounts for most of the mess in this wittingly messy book; my only complaints, really, are that it rushes the ending and that although Questlove brags that the Roots are “an actual group,” he — unlike the more hierarchically inclined RZA, notice — doesn’t really explain who constitutes the group and how its parts mesh. Only his old partner Tariq, with whom he admits a troubled relationship, inspires detailed commentary, and although Quest regrets several times that the Roots have never shown the go-for-the-gut instinct smash singles generally require, he doesn’t really expand on why.

Thus he fails to address my tentative theory of the Roots, which is that early on they bogged down in jazzmatazz keyboard beds that happen to be a pet peeve of mine, only later evolving toward a more guitar-oriented approach, with keyboards evoking piano rather than organ. Nor, more understandably, does he address the delicate question of just how major a rapper Black Thought might be. Without doubt Tariq is an exceptionally deft rhymer with the rare gift of representing the street and the barbershop within the constraints of the “conscious” mindset. And without doubt he’s got a nimble flow. But I’d say his grit lacks “sound” — the vocal charisma that attracts casual listeners not just to world-historical rappers like Chuck D and Lil Wayne but such déclassé hitmakers as Soulja Boy and Flo Rida and even overachiever West, who’s still accused occasionally of barely being a rapper at all.

On the other hand, maybe Questlove just thinks it’s diplomatic to leave the obvious yet remarkable truth unsaid — that the Roots are dominated by their anomalous drummer. Tariq is the wordsmith, but in the public realm Ahmir has always been mouthpiece-in-chief — the leader, just as he is with Fallon. Not for nothing did the great lost profile writer Touré partition his 2004 Believer Q&A with Q off in its own section of his Never Drank the Kool-Aid collection, which he designated “Microphone Fiend,” an honorific for “rapper” that goes back to the great Rakim himself. And although it’s no surprise when a beatmaker defines hip-hop music, that’s because in hip-hop “beats” really means “music” — not just rhythmic movement but all manner of soundscapes, change-ups, hooks, and decorations. Questlove is merely a drummer. Yet over the years it’s his sound that has come to ID the Roots’ music.

Although Mo’ Meta Blues could say even more about drumming than it does, it perfectly complements The Wu-Tang Manual, which details the painstakingly makeshift production strategies the young RZA devised back when the leap from the two-second snatches of a Casio toy to the 10-second capacities of the Ensoniq RPS made it seem as if “you could do practically anything!” Read those pages and you’ll never equate sampling with theft again. But for Quest it was different. Coming from a strict, traditional R&B family, and a drummer long before Afrika Bambaataa saw the inside of a studio, young Ahmir Thompson was compelled to figure out ways to play hip-hop breaks live. That’s how he hooked up with Tariq, who would order him to tap out a famous break in the lunchroom so he could rhyme over it. As the Roots began to play out, Questlove realized that a lot of what he did on his kit was too fancy for hip-hop, and mastered the metronomic snare hits that remain a signature. But that didn’t satisfy either, and in the late ’90s — inspired above all by the much-mourned beatmaker J. Dilla, but with plenty of auxiliary input — Quest came to realize that the best hip-hop was by then striving to reinsert what he calls “human quality” into its rhythms. Thus ensued his alliance with D’Angelo, who in 2000 released the Questlove-produced Voodoo, widely regarded as the greatest R&B album of the post-Prince era, and the occasion of a tour whose Radio City stop I remember as topping even the best Youssou N’Dour I’ve seen, and I can offer no higher praise. Questlove dominated that amazing band too.

As a showbiz kid, Questlove is careful to salt his book with starbait — subbing for David Letterman at an awards ceremony, roller-skating with Prince after hours, furnishing Dave Chappelle’s music for a season, retreating as Tracy Morgan gets freaky. He tells how in early 1997 Nichols convinced Geffen to cater an ongoing jam session at Quest’s West Philly home that attracted a cornucopia of then-unknowns who included Jill Scott, India.Arie, Eve, Bilal, Musiq Soulchild, and Jazmine Sullivan, every one now a name artist. But he also uses his latest soapbox to wax philosophical, topping the book off with one of those musings on the mysteries of memory that promise to become as unwelcome in memoirs as “That’s Life” and “Feelings” are in sets by Michael Bublé wannabes. He also holds forth on politics, where he’s an outspoken left Democrat who got into big trouble with NBC by deciding that the right walk-on for Michele Bachmann was Fishbone’s insufficiently obscure “Lyin’ Ass Bitch.” Before that, he had treated his two million Twitter followers — this guy was made for Twitter, and for once that’s a compliment — to regular updates in re Zucotti Park. “People liked to say that the Occupy movement was like one big protest song, but the grievances weren’t always specific enough for that,” he says. “Sometimes it sounded to me like one big blues song.”

Just before he waxes metaphysical on us, Questlove reflects: “Part of me would just like to relax and have one job that pays me the amount I need to survive. And another part of me wants the creativity that comes out of struggle and frustration and fear.” He’s clearly ready to use his celebrity for whatever it’s worth. But just as clearly, attaining yet more celebrity isn’t part of that agenda. While sucking up 40 hours a week eight months a year, Fallon somehow leaves him enough time to produce, DJ, teach, tour, and record with his band. So far the result has been the Roots’ most substantial and then their most ambitious album: 2010’s How I Got Over, an exceptionally soulful and straightforward exploration of middle-class, middle-aged anxiety, and 2012’s Undun, a first-person portrait of a small-time crook. As a showbiz kid, Questlove admires Paul Shaffer. But with all due respect, Shaffer is Ed McMahon by comparison.