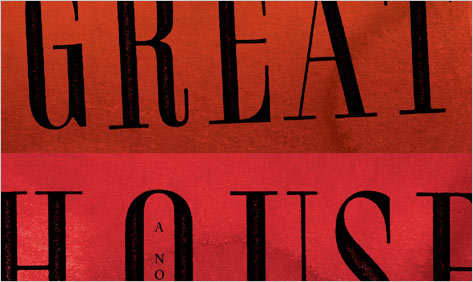 Nicole Krauss’s third novel is a montage of four haunting human portraits, each soengrossing that the effect is of a spotlight switching from one character toanother. The object that connects her disparate cast—a magisterial desk thatpasses in and out of their lives—serves to shuttle us back and forth throughtime and terrain, while providing a fulcrum upon which Krauss balances storiesabout the power of writing to anchor and also isolate those who devotethemselves to it; the ebbs and flows of memory as it washes over a lifetime;and the tenderness and damage-dealing of the bonds between parents andchildren. As in her last novel, TheHistory of Love, the Holocaust is a caul through which her Jewishcharacters perceive the world and their place in it, imbuing them with a deep,dislocating sadness.

In The History of Love, Krauss ingeniously used a lost-and-found bookmanuscript to bring together a grab-bag of characters. Great House employs a subtler device, the towering mahoganydesk whose provenance is never revealed, and the connections between thecharacters are more oblique. After I finished the book I made a diagram so thatI could comprehend the crosshatch of human and temporal relationships. But themere co-existence of these characters, in Krauss’s beautiful prose, is reasonenough to read this marvelous book. GreatHouse is a more sober work than TheHistory of Love. It depends less on the deployment of eccentricities andantics, more on Krauss’s astounding capacity for creating empathetic and fullyimagined characters who, in the few pages allotted them, manage to relay thefull spectrum of happiness, anguish, anxiety, self-doubt, and hope that hascolored their lives.

The novel is divided into eight sections, each ofwhich presents a confession of sorts. Only at the end of the book do many (andeven then not all) of the attenuated connections among the storytellers becomeclear. We begin with Nadia, a writer in New York City, who inherits theaforementioned desk from a young Chilean poet before he returns to his homecountry and becomes one of the disappeared. From the moment the desk isdelivered, it focuses her struggle to balance art and life: “I didn’t wantthe movers to leave because I was afraid . . . of being left alone with theshadow it cast across the room. It was as if my apartment were suddenly plungedinto silence, or as if the quality of the silence had changed, like the silenceof an empty stage versus the silence of a stage on which someone has placed asingle, gleaming instrument.”

Eventuallya woman appears who lays claim to the desk. Nadia relinquishes it, and hersubsequent effort to reclaim it sets in motion a chain of events that willalter the lives of several characters in Israel, among them an antiques dealerpainstakingly reassembling his father’s study, whose contents were scatteredthroughout the world after the Nazi occupation of Budapest in 1944, and afather and son groping to reconnect after the death of their wife and mother.There are other characters with their tales to tell, too. Isabel, who loves theantiques dealer’s son, seeks to wedge her way into the tight familial vise inwhich he and his sister are clasped by their father—but to which they alsoacquiesce. And in England, Arthur Bender, the husband of a very private woman,begins to unravel her troubling past only after she slides into dementia. Foryears she sat at the same desk, writing the dark tales that made her reputationand saved her soul.

Krauss excels atincubating moments of human understanding—epiphanies, if you will, though thatword can suggest a cheap or easy realization, and Krauss’s epiphanies feelorganic and earned—that resonate with readers as much as they do with her ownfictional creations. Take the devastating moment when Arthur suddenly sees thathis late wife’s survival, of the Holocaust and then the life she madeafterward, necessarily limited her capacity to love him. “Herself-sufficiency—the proof she carried within her that she could withstandunthinkable tragedy on her own, that in fact the extreme solitude she hadconstructed around herself, reducing herself, folding in on herself, turning asilent scream into the weight of private work, was precisely what enabled herto withstand it—made it impossible for her ever to need me as I needed her.”Krauss’s remarkable achievement with GreatHouse is to atomize the essential isolation that is part of the humancondition and reflect it back to us in a way that makes us feel a little lessalone.

Sarah L. Courteau is an essayist and critic who has written for The New York Times, The Wilson Quarterly, and The Oxford American, among other publications. She is at work on a novel about a murder committed by four brothers in the rural Ozarks.