“Many would call me a dishonest man, but I’ve always kept faith with myself. There is an honesty in that, I think.” So begins a tale of sorrow and betrayal of trust told in the voice of Aziz, a present-day Afghan soldier and the narrator of Green on Blue, a first novel by Elliot Ackerman. The next couple of hundred pages show what it means to live in a country in a state of perpetual war among ever-mutating alliances, in which everyone is forced to choose sides. But here, no side is what it seems, except as a target for destruction — and, as it happens, the potential means of a livelihood.

Aziz tells his story in clean, direct prose, textured with occasional Afghan terms. He starts by describing his boyhood and family — father, mother, and older brother, Ali. His father is forced to fight periodically for one of the country’s many warring groups; still, the little family’s essential way of life is farming: “Like most men, my father farmed a small plot. He understood the complexity of modest tasks — how to tap the ever shifting waters of an underground karez, how to irrigate a field with that water, how to place a boulder at the curve of a furrow so the turning flow would not erode the bend. He taught these lessons to me and Ali. We grew, working by his side, our land binding us together, sure as blood.”

Sometime in the period between the Soviet evacuation and the American invasion of Afghanistan, when Aziz is around ten and Ali almost thirteen, their traditional peasant life is extinguished. Off collecting pine nuts, the two boys witness from afar the destruction of the their village by Taliban forces, their parents and the other villagers taken away, presumably murdered. The orphaned boys spend a couple of years as beggars in the nearest city, Orgun, before finding work making deliveries for shop owners, eventually saving enough money for Aziz to attend a madrassa, where he begins an education. 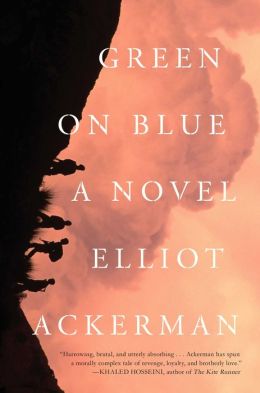 Meanwhile the Americans have arrived, bringing increased turmoil and violence: “The militants fought to protect us from the Americans and the Americans fought to protect us from the militants, and being so protected, life was very dangerous.” A bomb set by a militant group explodes in the city’s marketplace, gravely injuring and mutilating Ali. Aziz’s takes up the mission of securing hospital care for his brother and, equally important, visiting revenge upon the group’s leader, a man called Gazan. A recruiter of Afghan soldiers for units supported by the Americans snaps him up, promising to pay for Ali’s care and to provide Aziz the opportunity, as a soldier, for vengeance.

Aziz is sent to join a military outfit called the Special Lashkar with other young Afghan men, all opportunistically recruited, in whose every chest “lived that hard little pit” that seeks vengeance. Aziz undergoes harsh training and is eventually issued a Kalashnikov, helmet, body armor, night-vision goggles, and a place in a barracks. There, he tells us, he finds blankets and sheets printed, with “cartoon characters I’d never seen but would soon know — GI Joe, SpongeBob SquarePants, Masters of the Universe, and others.” This detail hits a note of bathos that nicely captures America seen from Afghanistan: its remoteness, frivolity, and intervention pursued in trappings of childlike innocence. Ackerman doesn’t hammer away at this particular theme: His story is rigorously that of an Afghan — a man not quite so taken up with us and our nature as we are — but it is, nonetheless, essential to the book’s message.

Aziz becomes witness to the struggle of the little village of Gomal to remain neutral in the war in the face of American and allied Afghan insistence that it become the site of a fire base. The village’s de facto leader, Atal, resists the plan, as it will draw enemy attack — which, as it emerges, is precisely what the Americans and the leader of the Special Lashkar want, for reasons I will not reveal but which are so cynical that it pretty much takes the reader’s breath away and leaves Aziz no longer knowing who his real enemy is.

Also at work in the story is Aziz’s love for Fareeda, a young woman whose family has been killed and is now under Atal’s protection. The plot follows the gradual evaporation of Aziz’s innocence as he confronts an accumulation of contradictions and bewildering inconsistencies that are, in their smaller way, emblematic of the war itself: a concatenation of ill-defined goals, bootless strategy, power mongering, and profiteering. With growing clarity, Aziz sees that “some wars only feed themselves. They cannot be won, only starved.”

Elliot Ackerman, who served five tours of military duty in Iraq and Afghanistan, knows the territory and has not, it would seem, come away with feelings of national accomplishment. The novel’s one American character, Mr. Jack, a great blond creature shelling out dollars and medicine and driving an enormous truck, is rarely spotted by the reader. The last time we do see him, he is all tricked out in his idea of what to wear when making common cause with the natives:

His shalwar kameez still held the creases from where it’d been folded in plastic packaging. A green T-shirt peeked from beneath its high collar and I could see where the cuff of his blue jeans snuck from beneath the traditional baggy trousers, the same worn by Atal and me. He stood as we entered and crowned his head with a wide Waziri-style pakol. The pakol framed his blond hair and faded blue eyes, making his whole face seem as happy and bright as a sunflower. His costume now complete, he extended his hand in friendship and spoke in Pashto: Aziz, I am Jack. . . .

I paused gripped by the incredible whiteness of his teeth. I’d seen Mr. Jack many times from afar in Shkin. He was a sort of celebrity to me. I gladly shook his hand, but as I did my awe of him melted away. His friendliness, American Pashto, and awkward wardrobe made him ridiculous.

The expression “green on blue” of the title refers to attacks by Afghans on Western troops, but, for Aziz, “of all the ways one could be killed in this war, and of all those who could do it, I couldn’t think of a single way to die that wasn’t green on blue. The Americans had a hand in creating all of it.”

Previous Previous Post: Kill Chain: Drones and the Rise of the High-Tech Assassins
Next Post: Finding Solace: George Hodgman and Will Schwalbe in Conversation Next