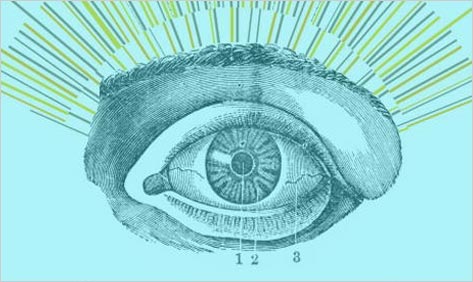 Science is life.  In our increasingly compartmentalized world, where specialists speak only to other specialists about the arcane complexities of their fields and it seems possible to believe that neurology and biochemistry and physiology are locked rooms we have no right to enter, it almost comes as a shock to be reminded that science begins and ends with us. It is a very welcome shock when the bearer of this news is also a fluid and generous writer, a polymath who over the course of a dozen books has given us back our brains. Oliver Sacks is a specialist in despecialization, vaulting over boundaries in his exploration of the organ from which everything — hope, sensation, art, fear, our gods, and the inclination to write about them all — emanates.

Sacks’s territory is expansive: neurology ranges over nothing less than the originary landscape of human being.  And although his books tend to give us the picture in negative, by examining how the brain copes with deficits, the result is paradoxically richer than a depiction of positive traits could ever be.  In previous books, Sacks (whose enormous popularity rests equally on a fairly universal morbid fascination with medical mystery and on his peculiar sensitivity to literary tone and pace) reviewed case histories in a wide variety of afflictions from Parkinson’s to autism, Tourette’s to deafness and colorblindness.  With Hallucinations he shades his portrait of this experiential Eden by investigating a phenomenon as mundane as it is  bizarre.  Nowhere is the artistic creativity of the human mind more vividly on display.

Nature abhors a vacuum, and so does the brain: wired to receive information from the senses, it creates its own if faced with an absence of input.  So it is that people who have lost their sight in whole or in part “see” things that are not there; patients who are no longer able to hear are subject to auditory hallucinations of sound, music, or speech (sometimes grammatically correct but in a foreign language they don’t know).  And then they notate the music, too.  One partially blind patient, a musician, reported seeing “staves and clefs boldly printed on a white background” that he first thought might be a compositional gift from his Charles Bonnet syndrome but that upon scrutiny revealed itself as “inordinately complicated, with four or six staves, impossibly complex chords with six or more notes on a single stem, and horizontal rows of multiple flats and sharps.”  Among the most fascinating in this taxonomy of hallucination is the phylum of geometric shapes that visit a variety of patients, especially sufferers of migraine: they are wildly inventive, enlivened patterning so fantastical that no artist could ever have drawn them.  The final amazement that Hallucinations offers is the possibility that there is a locus in the brain for the infinite everything — for rhomboids and blobs of color, for flowers that multiply in the drapes and Hebrew letters dancing onstage, for the populating of neighborhoods and even the passages of history with visions that appear real but are conjured solely by electrical impulse. Indeed, the brain makes these projections but then does not recognize them as its own work: that they are received as a product of the senses is what distinguishes them from imaginings.  You can’t  — honestly — make this stuff up.

As alluring as one finds the book’s litany of the strange and wondrous, fearsome or ecstatic, gorgeous or troubling, it is when the author speaks from experience that it begins to truly transport.  Like most of us, Sacks has been subject at times to sights or sounds caused by life’s transient debilities — fever, say, or bereavement. (Though visions of the dear departed are common, it is still piercing to read a mother’s description of her nine-year-old’s visual resurrection of his dead father; it is a form of authorial kindness that Sacks often permits people to speak for themselves, without intervention.)  He calls up personal memory to sometimes astounding effect, as when he relates what his probably sleep-deprived mind was capable of contriving:

Once, while reading Gibbon’s autobiography in bed — this was in 1988, when I was thinking and reading a great deal about deaf people and their use of sign language — I found an amazing description by Gibbon of seeing a group of deaf people in London in 1770, immersed in an animated sign discourse.  I immediately thought this would make a wonderful footnote for the book I was writing [Seeing Voices], but when I came to reread Gibbon’s description, it was not there.

Perhaps only a writer like Sacks, who had here inserted a passage of his own “in a flash, between two sentences of text,” is worthy of this transitory collaboration with one of the eighteenth century’s great historians.

The brain itself may be boundlessly ingenious, but what can be said of it is necessarily confined. After so long and so engagingly documenting the far-flung lands of the human brain, mapping its extraordinary capabilities by visiting its bizarre abnormalities, an author must inevitably refer to old cases in his collection of new ones, which in this instance can lend a sense of listlike abbreviation to the proceedings.

In Hallucinations, Sacks redeems this shortcoming again and again, but nowhere more spectacularly than in one chapter that alone is worth the price of the book (or the back issue of The New Yorker in which it originally appeared).  A first-person literal travelogue, “Altered States” offers accounts of the trips Sacks took via humankind’s oldest means to “transcendence on demand.” As befits a true scientist, experimentation followed a scholarly grounding in the literature of drug taking: he downed LSD, Artane, morning glory seeds, morphine, and others, and the result is a phantasmagoric addition to the library that already contains De Quincey, Baudelaire, Huxley. We have all been here before . . . but with Oliver Sacks as our guide, a trip to the familiar always becomes enchantingly, enduringly, strange.