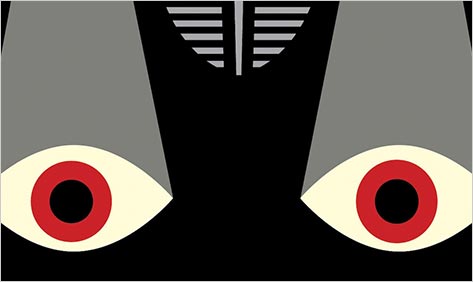 Keith Ridgway’s Hawthorn & Child is a detective novel that reminds us of the special affinity between the literary mystery and the work of philosophy. After all, the attempt to discover the true nature of Y or pin down why Z happened are questions that undergird the craft of both the phenomenologist and the private eye.

Moreover, as the most provocative works of philosophy often remind us, there are no guarantees that a diligent investigator will always find the answers he’s looking for. The French philosopher Jean-Paul Sartre located the source of the problem in the gulf that separates one from the world and from other individuals. A gulf in whose figurative place words and comprehension falter — leaving one with a tangible gap, an explorable absence.

Indeed, if novels carried public service announcements, Hawthorn & Child would come packaged with a warning to mind the gaps! “[There] was just a simple gap where there had previously been something complicated,” thinks a young pickpocket after a clumsy altercation with Hawthorn, one of the book’s titular detectives. “He lives, he tells us, in the gaps, with his fellows. His fellow wolves,” says an editor, endeavoring to summarize a manuscript he hides from the detectives. “There was a gap,” declares the book’s narrative voice, after a tragedy entangles Child, a newborn baby, and a deranged man. Enigmas, not solutions, are on tap here; and Ridgway is keen to signpost it.

At the beginning of the novel, Hawthorn awakens from a dream whose sadness cannot be accounted for. Disoriented, he wonders where he and his partner are driving to in such a rush. From Child, who is behind the wheel, he learns that they are en route to question what appears to be the blameless victim of a drive-by shooting. In the recovery room, Daniel Field tells them that he remembers “a black car. Low down. With those running boards. And those old silver door handles. Like in a black-and-white film.” Daniel’s recollection of a vintage car clashes with footage pulled from the traffic cameras that places a blue Hyundai coupe —  driven by two men who are known associates of an automobile chop shop in Tottenham — near the crime scene. Coincidentally, Hawthorn and Child have been on the trail of an underworld power broker named Mishazzo, who has ties to that shop.

Out of this relatively localized mystery, the novel unfolds to explore the lives of Londoners who are all varyingly connected to the detectives or Mishazzo. There is the pickpocket turned informant who drives for Mishazzo; a book editor — who may or may not be a psychopath — who has been entrusted with a manuscript, purportedly written by one of the employees at the Tottenham mechanics’ shop; the daughter of the detectives’ boss, who loves abstract art; the mentally unstable man who breaks into a residential home; and a soccer referee — also Hawthorn’s lover — who claims and then denies that he sees ghosts.

The coil looping these and other characters together is the abrasive contrast between each character’s internal conceptions of the world and what he or she encounters. Thus, for example, Child, who is straight, has a difficult time relating to Hawthorn, who is gay. Late in the novel, perhaps seeking to bridge this gap, Hawthorn endeavors to do something kind for Child and his wife. But his deed comes across as intrusive. As readers we are made to feel that Hawthorn’s action has violated the couple’s sense of propriety. It is only after the initial flush of awkwardness has abated that they are able to somewhat appreciate Hawthorn’s gesture in its intended light.

Hawthorn’s own experience at a gay bathhouse points up the grotesque distance between fantasy and reality, as his physical aversion to an overweight man robs the latter of any individuality. “The fat man is still there…. Hawthorn sees only his shape — a bulge of cold grey with a whiter band around his middle, like something ready for the oven.” In Nausea, Sartre’s fictional narrator is overwhelmed by the press of sensory experience. In Hawthorn & Child, it is the reader who is made to feel the press of objects, of bodies like objects, of bodies that get in the way.

Ridgway pushes the story in different directions that leave the reader guessing as to what the next chapter will bring. To be sure, the book doesn’t play out on as grand a scale as other shape-shifting novels like Cloud Atlas, which treat readers to a vaster range of prose styles. Though Ridgway’s elegant, understated language accomplishes what it sets out to do with aplomb, which is to remind us how unknowable we are to one another. There is a moral dimension to this project. For as the editor who hides the manuscript about the wolves from the detectives observes, “Knowing things completes them. Kills them. They fade away, decided and over and forgotten. Not knowing sustains us.”