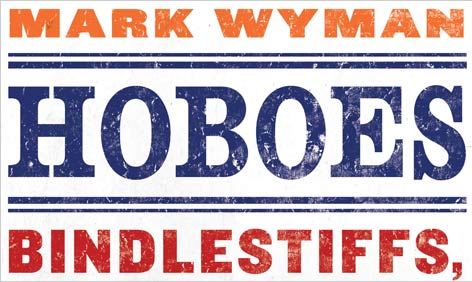 Turn the title (Hoboes: Bindlestiffs, Fruit Tramps, and the Harvesting of the West) around for this fact-heavy historical narrative of the American West. It’s less about hoboes than about the new agricultural frontier that came about with the rise of the railroad. Between the Civil War and the early automobile — think from Mark Twain’s San Francisco to The Joads’ overloaded jalopy — the West developed into America’s garden. As tracks were laid across the land, irrigation projects boomed with them. The once-dry landscape began to yield its cornucopia, with different regions specializing in all sorts of crops. Kansas became the breadbasket and King Cotton moved west into Texas and Arizona. With northwestern hops, brewers no longer relied on Europe, and sugar beets from Colorado replaced foreign cane. Picked clean of most of its gold, California gave up new treasures: almonds, grapes, citrus fruit, peaches, apricots, and berries.

Trains (with eventual improvements in refrigeration) delivered produce across the country, and farms grew exponentially, way beyond the Jeffersonian ideal of land worked by family and friends. Agriculture expanded where there were no towns or people, and into this labor gap stepped the hoboes of lore, but also an array of immigrants from around the globe. Scandinavians flocked to northwestern states, Mexicans came across the border into Texas and California, and Asians worked up and down the Pacific coast.

Wyman, a historian of labor and the West, relies on a wealth of public documents, regional histories, and personal testimony to give voice to these forgotten men (women and children joined in later years). While landowners bemoaned labor shortages, they also encouraged a vast oversupply. Conditions were usually poor, and the work seasonal, with long travel between harvest areas. Hence the worker with his stick bearing his bundle (“bindlestiff”) tramping across a country ever hostile to his presence. Wyman appreciates the pressures on farm owners as well, especially with shortages created by WWI. The arrival of the automobile also changed a lot about the labor supply, but it’s easy to see the relevance of this fine study for today, when cheap labor continues to spill into the country, dividing American opinion. An untold chapter in American labor history: solid if unexciting.

Thomas DePietro, a former contributing editor of Kirkus Reviews, has also published in Commonweal, The Nation, and The New York Times Book Review. He recently edited Conversations with Don DeLillo, and his book on Kingsley Amis is forthcoming.