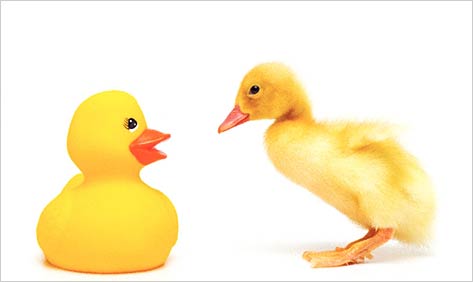 Words have once again become subversive. Last February, when Helene Hegemann, the 17-year-old German author of the sex, drugs, and rock ‘n roll “novel” Axolotl Roadkill, was said to have plagiarized portions of this 2010 book from a blogger, she responded by hurling a grenade of a sentence back at her accusers.

“There’s no such thing as originality anyway, just authenticity,” the Berlin-based writer said, ironically issuing this subversive statement through her venerable publisher Ullstein-Verlag, a business which, for nearly 140 years, has been predicated upon selling copies of its authors’ original words.

Note that Hegemann didn’t just place authenticity above originality within her pantheon of creative values. The teenage writer’s statement actually denies that originality—a central assumption of the creative economy for the past 150 years—exists.

“There’s no such thing as originality anyway, just authenticity.”

In Hegemann’s creative universe, where it’s impossible to be original because everything has been said before, all that is left for the author to cultivate is the virtue of individual authenticity by, it seems, transparently reorganizing other people’s work. But in the shadow of the death sentence Hegemann imposes upon originality, what distinguishes authentic from inauthentic writing?

According to Hegemann, it’s the uniqueness of the author’s organization of other people’s material, rather than the uniqueness of his or her writing, which defines authenticity. As she told the daily newspaper Berliner Morgenpost, “I myself don’t feel it is stealing, because I put all the material into a completely different and unique context and from the outset consistently promoted the fact that none of that is actually by me.”

Artistic truth, for Hegemann, lies in the supposedly collaborative creativity of the remix. Many of her German readers and reviewers appear to share her perspective, or at least to not hold it against her. In early February, after the plagiarism scandal broke, not only did Axolotl Roadkill shoot up to #5 on Spiegel’s hardcover bestseller list (which, appropriately, includes both fiction and nonfiction), but it was also short-listed for the $20,000 prize in the best fiction category of the Leipzig Book Fair.

Yes, we live in vertiginous times, an age in which much of what was culturally solid appears to be melting into air (Joshua Cooper Ramo has dubbed our epoch The Age of the Unthinkable). The last time this happened on the same scale, as the Viennese historian Philipp Blom shows in The Vertigo Years, was in Europe before The Great War, an equally uncertain time when dramatic technological, cultural, and social upheavals combined to produce what Virginia Woolf called, in a 1910 essay, a “change” in human character.

It’s not just Helene Hegemann, of course, who is questioning the central creative dogmas of the last hundred years. The Creative Commons mass movement on the Internet, the meteoric success of Pirate political parties in Europe, and an increasingly widespread ambivalence about the value of copyright are all both cause and effect of our contemporary zeitgeist.

This cult of intellectual appropriation has been most seductively packaged in David Shields’ anti-book book, Reality Hunger, a self-styled “manifesto” that follows the trajectory of Hegemann’s thinking. If Hegemann deploys single sentences as grenades to blow up the traditional cultural establishment, then Shields has written, or, perhaps, borrowed (since he acknowledges that many passages in Reality Hunger aren’t quite his own words), a bomb of a book designed to explode all our assumptions about writing, truth, and creativity.

In 587 aphorisms, organized in sections with fuzzy titles like “doubt,” “memory,” and “blur,” Shields fires the same polemic time after time after time, arguing that experience itself is “ambiguous.” To be alive, Shields unrelentingly hammers at his reader, is to be uncertain.

“When we are not sure, we are alive.”

And if we acknowledge this state of uncertainty, then what? We are admitted, you guessed it, into the kingdom of authenticity:

“Authenticity comes from a single faithfulness: that to the ambiguity of experience.”

Given Reality Hunger’s cult of unoriginality, it shouldn’t be surprising that the book pursues a rather unoriginal thesis. In Vertigo Years, Philipp Blom quotes some words from Hegemann’s compatriot, Friedrich Nietzsche, about truth as “a mobile army of metaphors” fighting against empirical certainty. And, a century ago, everyone from Nietzsche, Wittgenstein, and Russell to Picasso, Braque, and Mahler took up arms in the relentless early 20th-century promotion of the powers of relativity and the slipperiness of reality.

In The Authenticity Hoax: How We Get Lost Finding Ourselves, Canadian cultural critic Andrew Potter offers a brisk riposte to the ideology of the remix. Anchoring his argument in a critique of Jean-Jacques Rousseau’s atavistic version of the modern self, which, he says, “upends” the Cartesian search for certainty, Potter sees our longing for authenticity as a persistently destructive feature of the modern condition. From “lifestyle” populist politicians like Sarah Palin, to chiliastic cults like Al Qaeda, to the marketing of “coolness” products like $400 working-class Prps denims, to the “quirky” aesthetic of Dave Eggers’s hipstream McSweeney’s publication, Potter sees the hoax of authenticity everywhere, seducing us with the possibility of impossibly true or meaningful experience.

Authenticity is a hoax, Potter argues, because it’s a consequence of, rather than a solution to, the intrinsic anxiety of the early 21st century.  Just as Shields borrows Nietzsche’s aphoristic style to build his narrative of doubt, so Potter takes Nietzsche’s rejection of the philosophical “thing-in-itself” as the foundation of his argument. The Authenticity Hoax is therefore a relentless attack on what Potter considers empty concepts like “transparency” and the “meaningfulness” of experience. The more we try to find ourselves, he argues, the more lost we become in the infinite loop of self-discovery.

While Potter lacks Shields’s sophisticated playfulness, his work is much better grounded in serious philosophical thought. He is most convincing in his observation of the anti-social consequences of the pursuit of the authentic. “We are caught in the grip of an ideology about what it means to be an authentic self, to lead an authentic life, and to have authentic experiences,” he argues. “At the core of this ideal is a form of individualism that privileges self-fulfillment and self-discovery, and while there is something clearly worthwhile in this, the dark side is the inherently antisocial, nonconformist, and competitive dimension of the quest.”

Therein lies the fatal crack in the altar of authenticity. For all the relentless skepticism in Reality Hunger, for all the questioning of notions of truth inherent in Shields’s thesis and Hegemann’s provocations, their ideas invoke a fierce conviction in their own veracity—a conviction that gives the lie to the pervasiveness of the ambiguity they describe with such unrelenting—well, certainty.

Shields rallies his readers towards a self-absorbed creativity of the self, a self-referentialism akin to an always-on confession from Jean-Jacques Rousseau:

“Every documentary film, even—especially—the least self-referential, demonstrates in its every frame that an artist’s chief material is himself.”

“Every sound we make is of autobiography.”

Andrew Potter explains Shields’s autobiographical ideology in terms of what he calls Harold Bloom’s “quasi-oedipal phenomenon.” Giving the example of a scene from the movie The Squid and the Whale, Potter cites an untalented musician in the film who, when confronted with having claimed a Pink Floyd song as his own, argues that he has a right to the song because it expressed his “deepest feelings and creative impulses.”  It’s our inability to “escape our influences” Potter suggests, which explains why plagiarism has become, ironically enough, a seemingly authentic form of self-expression.

But, as Potter would remind us, this is actually cant. The truth about the nonconformist orthodoxy peddled by talented writers like David Shields and Helene Hegemann is that it actually drives us deeper into ourselves, thereby isolating us from one another. Rather than a radical subversion of tradition, the doubt they champion is not a hunger for reality, but a hunger for their own reflection in every window looking out upon the world.