I Am the Market 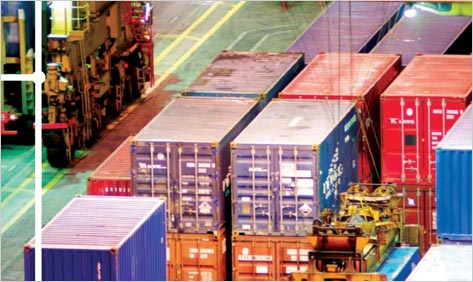 What kind ofcraziness are they teaching in Italian journalism schools these days? The newgeneration of Italian nonfiction crime writers has gone rogue, forsaking theancient gods of clarity and journalistic remove, and instead going so deep intocriminal netherworlds that the criminals’ voices and the writers’ have becomeindistinguishable. Writers like Roberto Saviano have embraced the nonfictionversion of what some are calling “the New Italian Epic”—a sprawling,undisciplined form whose goal is not to explain the netherworld but to become,in a way, part of it. (This undertaking can be as dangerous as it sounds, as inthe case of Saviano, whose 2006 exposé Gomorrah soangered the criminal syndicates of southern Italy that they put a contract onhis life.)

At 192 pages, Luca Rastello’s I am the Market is theshortest of these epics, and probably the one that tries hardest to get intothe minds of its subjects. Told in the voice of a convicted Italian cocaine smuggler,the book is structured as five cautionary “lessons.” The smugglerimparts many practical tips for the would-be narcotrafficker (mask yourshipments with coffee or mustard—dogs will sniff right past ketchup), but isstrongest when giving a glimpse of the life of those living a few steps aheadof the law and the competition, and of the death of those to whom thecompetition and the law have caught up.

The early lessons recount the misadventures of unfortunate colleaguesin Latin America. These tend to end very badly, with decapitations and worse. Asthe narrator scales up in the final lessons and begins describing his own work,which involves smuggling cocaine by the ton, the business becomes both morelucrative and safer. In cocaine smuggling, as in most other aspects of life,fortune favors the brave, and punishes those who try to sneak by just a littleat a time. The small-timers—the ones who grease up a few condoms full of blow,then gobble them down in an airport bathroom and hope the latex doesn’t ripbefore they get to a toilet on the other side of customs—earn pay-offs in thelow thousands, with a risk of three years in the slammer. The condom-gobblersand other small-time mules are playing a mug’s game, and just waiting to bebusted or, as is all too often the case, murdered by their paymasters. Theunluckiest are Brazilian peasants, lured out of grinding poverty and ultimatelyslaughtered in a swamp. “The cleaning up afterward was done by theanacondas and crocodiles,” the smuggler says. “In a very short timenot a trace remained.”

So far, soghastly. What’s most amusing in this sick narrative, however, is the jarringand faintly ridiculous shift in tone in the final two lessons, which explainthe techniques of bulk smuggling. Scaling up the quantity of drugs vastlyscales up the profit, but only slightly increases the jail-time: when you startmoving cocaine by the ton, you graduate into multi-million-dollar pay-offs,with a lower risk of capture, and a potential sentence of just a coupledecades. A ton of cocaine is roughly six heaping wheelbarrow loads, and deliveringthese amounts multiple times per year made the narrator extremely wealthy untilhis betrayal to Italian police.

The narrator sounds at first like an amoral thug, then like an amoralsupply-chain manager. He is a maestro of doctored paperwork and concealedshipments. The banality screams from the page; the phrase “integratedsystems of transport and delivery” has never been deployed so ruthlessly. Thosewho move cocaine in bulk are called sistemistas, and their signaturetrick is to secrete their product in large industrial shipments and sneak themthrough customs under the names of reputable Italian companies. The trick, hesays, is to avoid bribing anyone (“all it takes [to get busted] is adrunken customs officer boasting to a whore”) and, instead, rely on an “almostdemonic ability to infiltrate shipments of healthy, virginal companies withouttheir knowledge.”

The product itself traveled (the method is blown, and probably won’twork anymore) in shipments of fine marble tiling. “The expenses are alwayssmall change,” he advises, so don’t skimp on the quality of the marble;the fine white Cararra marble that Michelangelo used for the Pietà is suitablefor toilets, so nice black stone at twice the price is easily worth it, sinceit will attract less suspicion. The narrator gives long, lovingly detailedadvice on how to drill the marble to fit the cocaine. “Use a 16-centimeterbit and the plug comes out perfectly,” he says. “What you need is alittle disk about 15.8 centimeters in diameter and 15 centimeters long.”

This is Pablo Escobar meets Bob Vila. I find that the wild swings intone and the relentless amorality of the narrator are at times difficult totake: a sociopath is still a sociopath, and 192 pages in the company of one isno less tiring because he turns out to be an ingenious smuggler withhome-improvement tips. The catalogue of botched smuggling jobs and dead campesinosin the early lessons does serve to remind us how serious this business is;perhaps the business is also serious enough to merit a footnote or two, and arounder perspective than that offered by the narrator alone. The book is luridand sensational, in the best and worst senses, and doesn’t pretend to be morethan a confessional by its principal source. It would have been nice, though,for it to speak more broadly about the consequences of this trade and thedesperation of those less ingenious than the narrator. Unfortunately, many ofthe bit players in this sordid drama—including all the ones who are in thebusiness for normal human motivations, such as desire to feed their starvingfamilies—are either dead and buried, or working their way through the guts of aswamp-snake. It’s a pity they weren’t available for an interview, too.