I’ll Be Right There 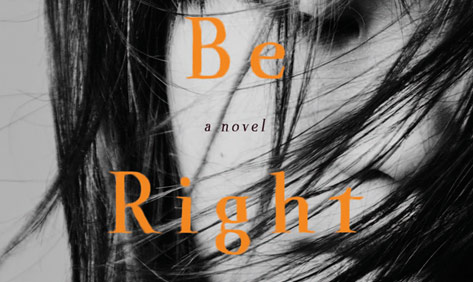 Late one night, Jung Yoon receives a call from a friend she hasn’t heard from in eight years, informing her that their beloved college professor is dying. The message takes her back to a memory of schooldays in 1980s South Korea when “I could look at a single book title and think of a dozen other books related to it.” College, for most, is a carefree time — but for Yoon and her friends it’s a time of turmoil, violence, and ominous disappearances — all related to the era’s political upheaval and protests against an South Korea’s military-backed regime.

A year after her mother’s death from cancer, Jung Yoon has been passing her time aimlessly walking the streets to the point of exhaustion. Ready at last to return to university, Yoon meets Myungsuh and Miru, a mysterious pair who will become her close friends. She soon becomes desperate to know the story behind Miru, a young girl who always wears the same summery skirt despite the weather, keeps track of everything she eats in a journal, and whose hands are completely covered in burn scars.

Shin is the only woman to win the Man Asian Literary Prize, for her 2012 Please Look After Mom. I’ll Be Right There unfolds through three different voices — Yoon’s, Myungsuh’s (through a journal), and letters home from Dahn, a childhood friend of Yoon’s who joins the army. Yoon’s adventures with Myungsuh and Miru are set against a backdrop of constant political protests. Out for a walk, Yoon is caught up in a rioting crowd and and knocked unconscious. She wakes up bloody and disoriented. Seeing she is injured, Myungsuh carries her home. Miru joins them for their first meal together, and their friendship is solidified.

Miru, as we and Yoon learn, is on a tireless quest to find a man who disappeared — taking up the reins from her sister, who loved him. It’s insinuated that the man spoke out against the corrupt government. One night he was abducted, never to be seen again. Myungsuh begs Miru to give up her search. The mystery eventually winds through not one but two devastating plot twists, which I won’t reveal here.

Yoon tells us her story as an adult, through a veil of nostalgia and regret. Though Shin’s writing style is simple, even sparse, Yoon’s revelations bear a beautiful sadness that hints at the connection between our emotional lives and the natural world. “When Myungsuh called me for the second time in eight years to tell me Professon Yoon would not last the night, when he said my name and then nothing more, the memory of those long forgotten words, Let’s remember this day forever, came rushing back to me like a school of salmon swimming up a cataract.” Translator Sora Kim-Russell does an excellent job of capturing Shin’s matter-of-fact delivery, even in moments of intense emotion.

Yoon’s journey to discover the truth about Miru is, in many ways, related to the loss she’s already experienced. Her mother, upon discovering she was dying, sent Yoon away to live with her cousin. “Sending me away was my mother’s way of loving me.” In a sense, her mother had already disappeared. Even after her mother’s death Yoon still returns to the pharmacy to wait to pick up her medication. “It was my Wednesday routine. I no longer had a number to wait for, but each time the pager dinged, I would look up and watch the display change.”

In her author’s note Shin writes “I’ll Be Right There is the story of young people living in tragic times . . . Their story takes place in the 1980s and early 1990s in South Korea . . . However, in this novel, I do not specifically reveal the era or elucidate Korea’s political situation at the time. This was a deliberate decision on my part as a writer, because I believe what happens to the characters in I’ll Be Right There is in no way limited to South Korea. Everything that happens in this novel could happen in any country and in any generation.” But although we all may be looking for someone in the abstract, the people in Yoon’s world are irretrievably missing. A phone rings every night in an office where Myungsuh is staying. He finally picks it up to hear a desperate voice. “I guess Miru was not the only one,” he writes in his journal. “A lot of people were searching for someone. In other places as well, places I’d never heard of, there were probably other phones ringing off the hook in search of someone.”