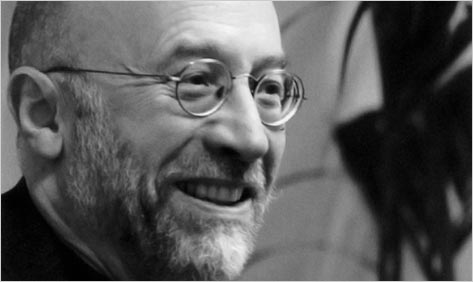 Until a year ago, Tony Judt was a prolific historian of twentieth-century Europe and a frequent critic of American foreign policy. Then he was stricken with amyotrophic lateral sclerosis (ALS, or “Lou Gehrig’s disease”). As his mobility has dwindled, his thoughts have turned from scholarship and polemic to memoir and prophecy. A series of exquisite autobiographical essays have appeared in the New York Review of Books, revisiting his boyhood and adolescence in post-World War II England. Ill Fares the Land is a political valediction, a distillation of his career-long engagement with the vicissitudes of twentieth-century history and ideology.

Thinking back on many conversations in recent years with “young people on both sides of the Atlantic,” Judt recalls hearing frequently “a general sentiment of frustration: ‘we know something is wrong and there are many things we don’t like. But what can we believe in? What should we do?'” An intellectual could hardly put his or her ebbing energies to better use than by offering, with eloquence and humility, an answer to these questions, as Judt does here.

Anyone of an age to have asked Judt the above questions has lived through a period of decline. For a golden quarter-century, from the late 1940s to the early 1970s, the promise of American life seemed at least partly fulfilled. Thanks to the New Deal, labor unions, and a flexible economic policy aimed at full employment, prosperity was more widely diffused and more solidly based than in any other period of American history. But over the last few decades we have lost — mostly squandered — our apparently insuperable advantages and seemingly indestructible national well-being. How?

Judt reprints a very striking set of charts showing that, compared with twenty or so other developed countries, the United States, though at or near the top in per capita Gross Domestic Product, ranks at or near the bottom in measurements of mental and physical health, trust, law-abidingness, and intergenerational mobility. (One could also add leisure and job security to the list of things Americans generally have less of than their European, Canadian, Japanese, and Australian counterparts.) The reason for America’s poor performance emerges clearly from those same charts: economic inequality is far more acute in the United States than elsewhere in the developed world — except for the UK, which also scores relatively low on most measures of well-being. The lesson of the data is hard to miss: large-scale inequality is not good for a society.

It’s a little easier to miss this lesson, however, if you agree with Margaret Thatcher’s famous dictum: “There is no such thing as society.” What explains that apparently puzzling assertion is the second, less often quoted half of Thatcher’s remark: “there are only individuals and families.” In other words: every man for himself and his kin; others can look out for themselves. Social solidarity is a sentimental fiction; the common good is a bureaucratic hustle. Private enterprise is always more efficient than public; market outcomes are optimal, by definition. Above all, taxes are theft, except for the purpose of funding high-tech weapons and unnecessary wars, subsidizing Big Oil and Big Agriculture, or rescuing Wall Street shareholders and executives.

Although Thatcher and Reagan liked to pose as traditionalists, their (selective) hostility to government was hardly traditional wisdom. As Judt emphasizes, from the 1930s through the 1970s it was generally agreed that the state had an indispensable role: to moderate the business cycle, to insure equal opportunity, to guard the society’s natural and cultural heritage, and to help the hapless and helpless. Americans called this set of undertakings the “welfare state”; Europeans called it “social democracy.” Judt defines it pithily as “belie[f] in the possibility and virtue of collective action for the collective good.”

The trauma of the Great Depression and the authority of Keynes, who explained it more convincingly than anyone else, stood behind that consensus. The shared sufferings of World War II also predisposed European societies, in particular, toward a modicum of trust and cooperation. It paid off handsomely. From roughly 1948 to 1973 — that is, from the Marshall Plan to the end of the Bretton Woods international economic regime — social-democratic policies produced unprecedented prosperity and stability.

The main reason for the decline of social-democracy in recent decades is the ascendancy of free-market economic theory, which Judt traces back through Milton Friedman and other University of Chicago economists to the Austrian refugees Friedrich Hayek, Ludwig von Mises, and Joseph Schumpeter. At first Keynesian economists and policymakers paid no attention to their views. “Only when the welfare states whose failure [Hayek and von Mises] had so sedulously predicted began to run into difficulties did they once again find an audience for their views: high taxation inhibits growth and efficiency, governmental regulation stifles initiative and entrepreneurship, the smaller the state the healthier the society, and so forth.”

Judt’s explanation is mostly right but perhaps leans too heavily on a belief in the causal priority of ideas. He quotes Keynes approvingly: “Practical men, who believe themselves to be quite exempt from any intellectual influences, are usually the slaves of some defunct economist. Madmen in authority, who hear voices in the air, are distilling their frenzy from some academic scribbler of a few years back.” True, but there are always plenty of defunct economists and academic scribblers, with every variety of opinion. Why do some, but not others, prevail?

In fact, free-market ideology did not triumph because economists and statesmen began to find it more persuasive than they had formerly. It triumphed because a great many businessmen never accepted the New Deal, never stopped trying to roll it back, and eventually found the right strategy: concentrated ownership of the media; increased business funding (and with it, control) of scientific and economic research; the growth of corporate public relations and business-funded think tanks, directing a constant stream of propaganda at Congress and the media ; increased spending on electoral campaigns and political debate, especially through new forms like PACs; revolving-door employment of former legislators and regulators; and coordination of these efforts by the Business Roundtable, the U.S. Chamber of Commerce, and industry associations. They became a juggernaut, then simply hired or promoted economists and statesmen with suitable opinions. “In every age,” Marx pointed out, “the ideas of the rulers are the ruling ideas.”

Still, however we lost social democracy in the United States, Judt is unquestionably right about the importance of regaining it. He has packed a great deal of wisdom into this short book and leaves us very much in his debt.

George Scialabba is the author of What Are Intellectuals Good For?

George Scialabba is the author of What Are Intellectuals Good For? and TheModern Predicament (forthcoming), both from Pressed Wafer.