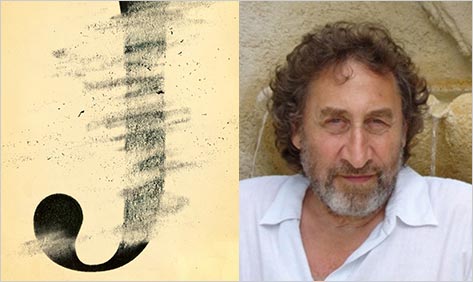 “What was culture but ghosts?” asks British novelist Howard Jacobson in the searing, impeccable book that is his thirteenth work of fiction. It’s his trenchant question in response to another, the so-called Jewish question, one so hideously framed it found direct answer in Hitler’s “final solution.”  Neither is the kind of question that has an answer. It is Jacobson’s almost immeasurable achievement to confront such incomprehensibility and to have made emotional, moral, and historical sense of it. His novel is a painstaking work of art that is also a pleasure — but not an easy or simple one — to read.

The title is a suggestive fragment of the overriding subject, the genocide of Jews, and the seemingly impossible circumstance (happening even now, Jacobson intimates) of its forgetting. The imperativeness of remembering and the purposes of hatred are the important subthemes of this masterful fiction that has been justly shortlisted for the Man Booker Prize. (Jacobson won previously for The Finkler Question.)

The setting is a dystopian future in which remembrance is not exactly outlawed but subtly dissuaded: not too many heirlooms of any sort are permitted, just one or two, to a citizenry that has been stripped of any but a vague legacy. Promulgating vagueness of all sorts, including aesthetic — jazz is nowhere heard; “love” is chirpily encouraged; pretty art is taught in academic departments of Benign Visual Arts — is the Orwellian motive of the government.

People’s new names, delivered in an initiative called Operation Ishmael, are a collision of Celtic and Semitic: Kevern Cohen; Densdell Kroplik; Lowenna Morganstern. It is just one of J‘s pileup of sober ironies that, old though it is, Moby-Dick is itself still in print — mainly in graphic editions and because it may be of interest to local fishermen. Its true themes now bear a “remoteness otherwise from the nation’s calamitous recent history.” That calamity? Well, it might or might not have occurred; the government branch called Ofnow, charged with regulating the Public Mood, makes sure no one really knows. So it is widely known as what happened, if it happened, Jacobson neatly (and acidly) evoking the abomination of Holocaust denial.

Melville’s classic is not just a detail inserted into the story of woodturner Kevern Cohen and his literally fated love for a mysterious beauty named Ailinn Solomons. It lends its central motif to the argument woven throughout the book; and, yes, this is a novel with a thesis, powerfully argued. It is also a post-apocalyptic fiction, a parable, an elegy, a murder mystery, and full of sly if dark humor: its subject is so large, and its author’s command of it so exhaustive, it is as if no single form could encompass all that needs to be said about a moral issue so dizzyingly bottomless. “Twitternacht” indeed. 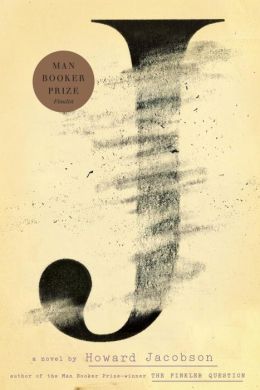 Ailinn confesses to her lover that Moby-Dick is her favorite book, in fact “the story of my life,” and moreover that not only does she identify with the whale, she has realized she is the whale. The strange place in which the couple lives, an English coastal village called Port Reuben(!), seems to agree: a pervasive sucking sound in the air is described as coming from a great blowhole somewhere above. They inhabit, in more ways than one, the hated White Whale.

The import of this odd detail, at first seemingly tossed like a prop into the fantastical future world’s mise-en-scène, like its glowing “utility phones” and the fact that a violent undercurrent is building among the populace (expressed in their lovemaking, which often draws blood), later becomes heartbreakingly, stunningly large.

The Jews, to whom Ailinn is destined to represent both savior and origin of a repeat cycle of doom, are in the author’s view the historical object of humanity’s need to oppose, a scapegoat for its natural urge to despise. An epigraph from the classic novel of the search for an enemy posits Jacobson’s belief that to the “crazy Ahab” of the Gentile world, the Jews came to be “all evil . . . visibly personified and made practically assailable.” Assailed they were.

And assailed they will be again, according to J, if we continue on our path to a “morally Botoxed” culture, one that prefers the apparent convenience of forgetting. A price for the suppression of malice is always paid, Jacobson holds; when society is engineered to avoid acknowledging our darkest impulses, they necessarily explode — and often in savagery. The novel warns we may well be on the verge again. (I gasped when I came to one oracular pronouncement in particular: “Any crisis in society manifests itself in the behavior of young men.” This author keeps up with current events.)

One of the book’s subtle villains remarks that in the new world “some things are no longer felt, and I am glad of that.” The project of J is to impress on us the dire necessity of feeling everything, no matter how expressly painful. It is the only hope for avoiding — let it be said, yes, expressly — another Holocaust. Look hard, and then harder again. “You have to see a version of yourself — where you’ve come from or where you might, if you aren’t careful, end up — before you can do the cheek-to-cheek of hate.” In all of us, hatred continually searches for a victim. It remains resistant to any attempt to legislate magnanimity, for that is its nature, and ours. “You’d think the sight of people behaving so unlike themselves would surprise you but it doesn’t,” points out one witness to “WHAT HAPPENED.”

In the tragedy of young Ailinn and Kevern, paranoia is a shadow character, everywhere present but rarely spoken to. Sometimes suspicion leads to terrible acts, and sometimes it is the only warning that will save us from them. History alone will tell. In J, Howard Jacobson gives it full cry.