Jill Lepore: Of Ruckus and Rumpus 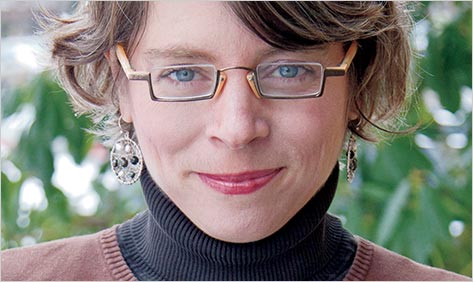 The author of The Secret History of Wonder Woman isn’t one for gift shops and reenactments: “History isn’t a museum store. It’s a junk yard guarded by a fat old dog who’s meaner than hell.”

What is your earliest memory of writing a story?

When I was six, I wrote a short story called “James the Dog,” in pencil, on blue-lined white notebook paper. I still have it. Suffice to say: the character arc is slightly flat.

When and where do you write? What does your workspace look like? 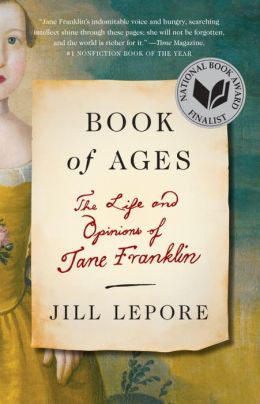 I write anywhere. So long as there’s an armchair. And best if there are two armchairs: one for me, one for my dog. His name is Noah Webster. Like the dictionary. No one messes with Webster.

Who are your favorite heroines of literature? Of history?

Heroines? Hmm. My genealogy of heroines has a kind of Everygirl quality: you go from Ramona the Pest to Harriet the Spy to Elizabeth Bennet and then, when you get to be eleven years old or so, all hell breaks loose and the next thing you know you’re reading Norman Mailer. When I was a kid, I loved a lot of writers that are rotten at writing about women. Hemingway. I read Hemingway like crazy one summer. If I like a writer, I have a thing where I have to find and read every word he ever wrote, right down to the letters and diaries. You can kill a lot of time that way. Russian novelists: I went nuts for Russian novelists when I was twelve. Heroines of history? So, so not my thing. That said, I really did fall in love with Jane Franklin when I was writing Book of Ages. I struggled with her deference and her endless demurrals and submission to Providence. But she also knocked me out: the reading, the grit. Twelve kids, and she read and read and read.

You grew up in West Boylston and now live in Cambridge. Did an upbringing in Massachusetts — where landmarks of colonial America are ever present — inspire your interest in history?

Nope. A lot of that stuff is pretty twee, isn’t it? Quaint, precious. Nostalgic. Blech. I had to dress up in a mob cap and make my own dress out of yellow calico for the Bicentennial parade. It’s everything that’s the opposite of what I love about history. History isn’t a museum store. It’s a junk yard guarded by a fat old dog who’s meaner than hell. 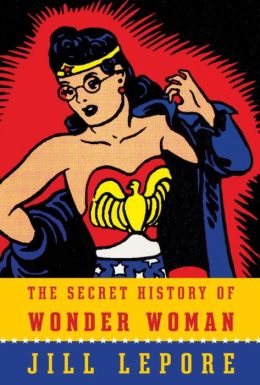 Wonder Woman’s creator, William Marston, had several attempts at other careers before landing on the comic book at age forty-seven: were historian, professor, and writer not options, do you have other occupations you’d have liked to try your hand at?

You’re a professor of American history at Harvard: what tools make for a good scholar of our past?

What do you do to relax?

I have three kids, a dog, and four cats. There’s no end of ruckus and rumpus around here.

What is the best advice you’ve received as a writer?

Read a poem every day. And then read it twice.

Previous Previous Post: Stephen Collins: The Gigantic Beard That Was Evil
Next Post: Way, Way Out There: The 10 Greatest Science Fiction Movies You Haven't Seen Next