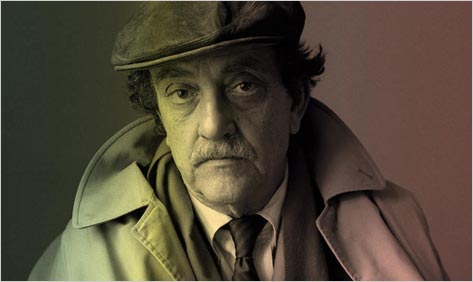 Letters can serve all kinds of purposes for writers. For F. Scott Fitzgerald, the epistolary realm provided a forum for a virtual vomiting up of the soul (and a handy venue for cadging loans). For Keats, dispatches to friends and family served as a barometer of his own progress as a poet, a reminder to himself of the latest checkpoint he had come to and the next awaiting on the horizon. For Kurt Vonnegut, a more irascible, rough-hewn writer than many, there’s a needed sense of justification, of the gatecrasher, the autodidact having stormed the canon — at last — and now committed to expressing indignation at a system that would have preferred to keep him out.

That Vonnegut’s letters have a purgative quality is no surprise to any reader of works like Cat’s Cradle or Slaughterhouse-Five, books that seemed most emblematically Vonnegut-esque, the indicators of what the man hoped to be at his best. A cynic might knock Vonnegut for a kind of cultural sententiousness painfully representative of the 1960s, a cultural moment without which Vonnegut, as a literary phenomenon, would probably not, as Dan Wakefield notes in an explanatory aside here, have existed. But exist he did, especially as a writer primed to rail against injustices. The latter tend to take the form of noxious crusaders who seemingly loved nothing more than rounding up a bunch of so-called counterculture books — Vonnegut’s foremost among them — and having an old-fashioned book burning. His conscionable rage ranges far — all the way to Drake, North Dakota, in a 1973 letter to an anti-Vonnegut school chairman: “If you were to bother to read my books, to behave as educated persons would, you would learn that they are not sexy, and do not argue in favor of wildness of any kind. They beg that people be kinder and more responsible than they often are.”

There’s a temptation, at the close of such exchanges, to add a silent “Hear, hear!” But Vonnegut, as this volume reveals, was no moral paragon: sighs are inevitable when examples of cronyism and favor trading begin to dot the pages or, worse, things seem to happen in Vonnegut’s career that have more to do with dumb luck and personal relationships than anything else. Not that this is Vonnegut’s fault, of course, but more like an inevitable reminder of the vicissitudes of the writer’s life, then and now. Vonnegut, for his part, even when depression creeps in and he fights to keep his scattered family together, is wryly aware of all of this. “When things go well for days on end, it is a hilarious accident,” he notes in a letter to his daughter. That notion of accidental humor – which accompanies a sense that  the universe is busy trying to put one over on us —  is in evidence throughout this compendium. You might say Vonnegut laughs without emitting much in the way of truly happy sounds — a laugh with a well-meaning snort, like the way, one imagines, Twain laughed.

Not that there isn’t legitimate, Keystone Cops-type humor throughout the expanse of this correspondence, like when Vonnegut falls ass-backward into a teaching gig at Iowa, despite not having a degree and being anything but an MFA practitioner. He treats the job as one giant piss-take, something the universe conferred upon him — the universe being prone to irony — and which he uses to his advantage. Perhaps less than surprisingly, pre-fame Vonnegut comes off as a man who could give his lionized (by readers; the critics and gatekeepers were always another camp altogether) successor a well-timed kick in the britches. Vonnegut never lost his work ethic, though, and if you don’t see extended accounts of how some new mode of narrative was invented or passionate, late-night rundowns of how a recent chapter came together, you can mark Vonnegut’s productivity. The man chopped a lot of wood, so to speak, and then chopped some more, and he reports his progress with the laconic voice of a worker marking how many cords had piled up that week. For Vonnegut, more than anything — and certainly more than self-eulogizing — cared about audience. These days that’s a  no-no in the university culture of creative writing, a term Vonnegut would have despised.

“I am trying to give my course strong undertones of sociological realism, making my students think hard about not only what stories and authors are, but what audiences are, too,” he writes to magazine fiction editor Rust Hills. In Vonnegut’s ethos, one we get to know better thanks to these letters, sociological realism isn’t so much the story about the greengrocer or the person one encounters on the street but a degree of believability, of authenticity, something that can equally ballast a sci-fi story or an account of a bombing in Dresden. That reality quotient, regardless of setting, is what sets both Vonnegut’s best work, and his best letters, apart from those we’re used to encountering. The key to so much — everything you might value, one imagines Vonnegut thinking — is to make all of this less the stuff of happy accidents and instead the center of any artistically and morally informed life. And then we can all have ourselves a big, proper laugh over how far we fall short.