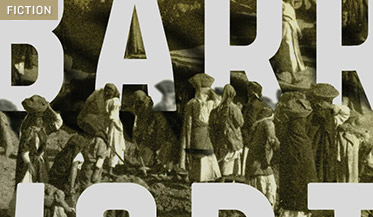 The past, William Faulkner wrote, is never dead and isn’t even past. He might have added that the present, at least in fiction, is always present. Just as the past keeps creeping into our contemporary lives, so do writers and readers like to insinuate our current preoccupations into stories about what went before.

This kind of sly time-bending is a hallmark of the novels of Barry Unsworth. Born in an English mining village in 1930, he’s the author, since 1966, of 16 books, many of which range across time and space from 12th-century Sicily (The Ruby in Her Navel, 2006) to the last days of the Ottoman Empire in the early 20th century (The Idol Hunter, 1980). Like all fiction, Unsworth’s historical novels both reflect on and are influenced by the age in which they were made. His latest book, Land of Marvels, returns to territory he has covered already — Mesopotamia in the beginning of the 20th century — while illustrating, through the story of an archaeological dig, the way time’s layers “were jumbled up and the dawn of history confused with the day before yesterday.”

The year is 1914, and the setting is an archeological mound called Tell Erdek, located about 100 miles from the left bank of the Euphrates River, in what will eventually become western Iraq. Excavations like this are going on throughout the region, conducted by archaeologists from France, Germany, England, and America, all of them anxious “to get out of the earth as much as possible, before it was barred to them.”

What’s the urgency? Only that the European nations, on the brink of war, are all intent on grabbing pieces of territory as the Ottoman Empire disintegrates. As a Turkish commissioner puts it, “We see that the British have designs on Mesopotamia as far as Basra, the French have their eyes on Syria, the Russians are seeking to absorb Armenia.” Meanwhile, the Germans are building a railroad, designed to link Constantinople to the Persian Gulf, whose path threatens to cut directly through the heart of this particular excavation.

In addition to the greed for land, there’s a hunger to begin tapping Mesopotamia’s vast oil fields. The race is on to obtain prospecting rights: with oil about to replace coal as the world’s major fuel source on land and sea, “he who owns the oil will own the world,” Unsworth writes. Sooner than anyone here might imagine, “the day will come when oil will be more desired, more sought after than gold.”

To make the geopolitical personal, Unsworth introduces a cast of engaging international characters who are all trying to maneuver through these tumultuous circumstances. At the center is John Somerville, the 35-year-old British archaeologist in charge of the Tell Erdek excavation. After years as an assistant on previous digs, this is his first opportunity to lead an expedition, and as he has failed thus far to make any major discoveries, it may well be his last. Somerville is hardly the hero he or his demanding wife, Christine, had expected he would be. With his funds running low and the railway’s advance looming, he’s feeling anything but optimistic.

It doesn’t help Somerville’s cause that everyone involved at the site is stewing with self-interest, including his scholarly young assistant; his Bedouin informant; an officious British major; and the resentful Turkish commissioner quoted above. The anxiety reaches a crescendo when several fateful events coincide: Somerville suddenly unearths what looks to be the royal palace of the last king of Assyria, while the American geologist sent by a calculating British industrialist to pinpoint the location of nearby oil fields makes some crucial findings of his own, managing at the same time to capture the imagination of Somerville’s disenchanted wife.

The conventional storytelling elements of Land of Marvels are mostly pretty solid. When the book impersonates a thriller, the action is thrilling, although its momentum doesn’t truly get going until the end; when it plays at being a romance, it’s genuinely romantic. The characters are unfailingly lively: Somerville’s hard-to-please wife feels contempt for his assistant because “there was no splendidness in him,” while Lord Rampling, the British industrialist meddling in the region’s affairs, reflects that “accusations of mismanagement and incompetence brought out a strain of patriotism in his fellow countrymen like almost nothing else.”

If there are moments when Unsworth’s narrative feels a little clunky — it can’t quite reach the level of unforced radiance in Sacred Hunger, his novel set aboard a 19th-century British slave ship that shared the Booker Prize in 1992 with Michael Ondaatje’s The English Patient — there’s a good reason to forgive him. That’s because his story is much larger than its specific details might suggest. He’s not just writing about the overreaching and aggrandizement of the rivalrous European powers but about imperial greed through the centuries; not just about the dissolution of the Ottoman Empire — “one of the greatest and most enduring empires the world had ever seen” — but about the termination of every empire.

Without being didactic or trite, Unsworth uses the archaeological mound to show how intimately the ancient past and the quotidian present are fused: at Tell Erdek, they both lie just under Somerville’s feet. At one point, he reflects on

?the powers that had marched and countermarched across this land of the Two Rivers: Sumerians, Babylonians, Hittites, Assyrians, Medes, Chaldeans, all bent on conquest, all convinced they would last forever, building their cities and proclaiming their power, empires following one upon another, their only memorial now the scraps that lay belowground, which he and his like competed in digging for.

It’s a long story with shifting particulars, this rise and fall of empires, each built atop the shards of another, each deaf to the warnings of the ones before it, each caught up in what the writer Will Self has called its own “centrifugal strivings.” But it is always the same story. What distinguishes Unsworth’s tale of evanescence is the implicit way he links archaeology and fiction, proving that once the present has leaked away into the past, after the same lessons have been forgotten all over again, “what chiefly remained was a story.”

Previous Previous Post: Banquet at Delmonico's: Great Minds, the Gilded Age, and the Triumph of Evolution in America
Next Post: The Liberal Hour: The 1960s and the Remaking of American Life Next