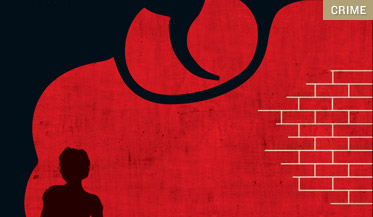 Rumor holds that the thermostat for Hell is located in Chicago, and that if the Cubs were to win the World Series, the infernal regions would freeze over. The Cubs haven’t threatened the natural order lately, but I wonder whether the sinners down below shouldn’t start reaching for their overcoats anyway — because Richard Stark is being published by the University of Chicago Press.

Chicago runs one of the toniest scholarly presses in America. Richard Stark, the best-known pseudonym of the prolific Donald Westlake, wrote 29 of the least mannered novels in the annals of crime fiction. Twenty-five of them feature an antihero named Parker (there is no first name), a thief by trade who is as laconic as he is competent. Chicago’s reprinting of the first six Parker novels would appear to be the most unlikely possible meeting of prestige and pulp.

Westlake — who died in 2008 with over 100 novels published — started writing the Parker books in the early ’60s, as part of a great onrushing cataract of creative energy that led him to worry about flooding the market under his own name. The first half-dozen Parker books originally came out as paperback originals between 1962 and 1965, and they have a different style and tone than Westlake’s other work, as though his pseudonym were insisting on its own individuality. (Stephen King has admitted that when he wrote The Dark Half, a 1989 novel about a pseudonym that comes to life and demands just that, he had Westlake/Stark in mind. That King’s own pseudonym, Richard Bachman, shares a first name with Stark is no coincidence either.) Westlake as Westlake is light, witty, and clever. Westlake as Stark is, well, stark. The writing is as spare and unadorned as the plains in winter.

The first three Parker books, The Hunter, The Man with the Getaway Face, and The Outfit, which Chicago reissued together in 2008, form a loose trilogy that describes Parker without giving him a back-story. He’s a professional robber who lives as an independent craftsman in a marketplace dominated by organized crime, which is known as the Outfit and, in the words of one of its operatives, “conforms as closely as possible to the corporate concept.” Parker insists on remaining outside the Outfit’s bureaucracy, relying on his ties with his fellow independent contractors. “We don’t have any organization,” says Parker, “but we’re professionals.”

Parker is all about the professional work he does, for it was “while working, while a job was being set up and run through, that he felt most alive.” The early Parker books center on his workplace rules. When Parker feels he’s been cheated by an employee of the Outfit, he takes on the enterprise as a matter of fairness. Those first three books (which can, like all the Parker novels, be read out of order) give Parker an identity as a coldly raging entrepreneur who cares enough about the work to take on the whole system.

The second trio of books, The Mourner, The Score, and The Jugger, released this year, show Parker at different jobs. The Mourner fits a classic type of crime story that one critic describes as the “Object X” plot, about the search for a mysterious and valuable prize. The most famous Object X in all of crime fiction is surely the Maltese Falcon, and as in Dashiell Hammett’s classic 1930 novel, the characters in The Mourner chase an old and valuable statue. The Score centers on the audacious mass burglary of a whole town, while The Jugger shows Parker in cleanup mode: one of his main underworld contacts dies, compromising Parker’s legal front, and he must restore order to his affairs.

Sixties crime writers reacted variously to the postwar vision of suburbia and corporate life enshrined in bestsellers like Sloan Wilson’s 1955 The Man in the Gray Flannel Suit. Fictional detectives like John D. MacDonald’s bohemian Travis McGee (who made his debut at around the same time as Parker) reflect an anxious preoccupation with the transformed view of what it meant to be professional.

The Parker series offers a criminal’s take on the business of working, with Parker as a central character with no inner life at all — he just eats, sleeps, has sex, and works. He never talks, except to say something concrete. He has no permanent home and no friends, just business associates and sex partners. Parker never ruminates; he just plans. When wronged, he becomes a fearless revenge machine. (In one of the later Parker novels, Parker brazenly seeks out a homicide detective who’s looking for him. Parker uses his presence at the man’s home as a dare; he knows that the cop can’t go after him without risking his wife and children. The detective’s conclusion: “He used my weakness.”) In short, Parker is Westlake’s vision of a skilled professional manager run amok.

Absolutely humorless, Parker is also pitiless. He takes no pleasure in killing, for he’s “impersonal, not cruel,” and killing represents an additional complication to him. But he’s nobody’s philanthropist either. When he tells a gun merchant, “I don’t give a damn about you,” he could be talking to anyone, anytime, anywhere in any Parker book. Westlake said of Parker that he’d “done nothing to make him easy for the reader.” Indeed. The character is all hard surfaces and sharp edges, so it’s no surprise that “his clothes fit him like an impatient compromise with society.” (I love that line.)

Yet Parker is oddly easy to root for. To start with, he’s better than the company he keeps, so he rarely suffers by comparison. But more important, Parker cares about doing things right. He weds precise skill to total self-interest without emotional complications like greed — he never wants more than he can use — or sentiment.

Like any good boss, Parker makes everyone accountable for the jobs they do. Do your job, and Parker will value you. Stop doing it, and he will scorn you as “a stupid old man” even if you’ve worked with him for years. In this sense Parker is as uncompassionate as they come: he measures all people by their value to him, and all of his decisions about how to treat them — including whether to kill them — arise from simple cost-benefit calculus.

In this respect, Parker resembles no one so much as Hammett’s Sam Spade, the amoral detective of The Maltese Falcon. In a 1934 introduction to his novel, Hammett described Spade as a “dream man” who is “able to take care of himself in any situation” and “get the best of anybody he comes in contact with.” Parker and Spade are both ingenious escapist fantasy figures who permit the reader to imagine extraordinary competence and life experience with no encumbrances.

Crime novels have gained greatly in cachet since Westlake/Stark’s Parker paperbacks first appeared, with critics and readers now recognizing the substance of the genre. The Parker books meditate with surprising profundity on human desire and attachment at their fantastic extremes — at a time when a roiling national debate was beginning about individual and social priorities, a debate which is still going on. Perhaps the surprise isn’t that Chicago is publishing Parker, but rather why it took so long.