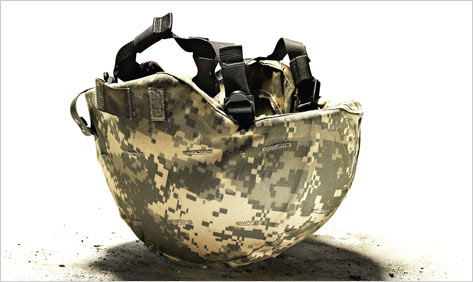 If you’dlike to know the toll that our wars in Iraq and Afghanistan can take on thelives of innocent Americans here in the States, look no further than the caseof Erica Ham: one early morning in Colorado Springs while the nineteen-year-oldwoman walked toward a bus stop she was purposely struck from behind by a car.Her body rested on the hood of the vehicle, until an occupant of the vehicledragged her to the ground, punched her repeatedly in the face, stabbed her inthe left eye and in the lungs, stole her backpack, and left her to die; as shefell into shock and stumbled to her feet, looking for help, another assailantpointed a pistol at her and told her to stay on the ground.

The perpetrators of thissenseless, near-deadly assault were members of an Army unit from Fort Carson,Colorado that saw some of the worst fighting in Baghdad during 2005 and 2006. The506th Infantry Regiment were the storied Nazi killers of World War Two, whosecombat feats and shared suffering had inspired the monicker “Band ofBrothers.” A reconstituted version of the unit took on the nickname”Lethal Warriors.” And they brought their lethality home to ColoradoSprings.

In Lethal Warriors David Philipps does an uncompromising, even heroic,job of unraveling the root causes, the meaning, and the implications of theviolence these young men visited on Erica Ham and the destruction that othermen from their unit practiced on the population of Colorado Springs. He linksthe extreme carnage the men witnessed, as well as the illegal acts manyparticipated in there, with a subsequent condition of moral impairment.Returning soldiers were ready to booze up, drug up, and armor themselvesagainst all threats real and imagined. The city of Colorado Springs and thecommand structure at Fort Carson were totally unprepared for the tsunami thatreturned with these warriors. The numbers alone provide a shock: “Arrestsof military personnel in the city shot up 65% between 2005 and 2006.”

But the significance ofthe book isn’t only to reveal the problems facing these returned soldiers. Philippswants to dispel the popular myth that the Vietnam War was the first conflictwhich saw combat veterans suffering the severe and debilitating psychologicalwounds that, left untreated, have the potential to wreak havoc on the civilianpopulace. The cycle, as a few statistics show, is as old as the idea of thedemobilized soldier: after a post-Civil War uptick in New York City crime, the Times noted that it was caused by “roughmaterial turned loose upon society by the close of the war.” The chapter”Casualties of War” follows this thread and provides an engrossingand enlightening distillation of the last thirty years of PTSD research andtheory. That chapter alone—in which Philipps matches his keen journalistic eyeto a storyteller’s timing and a social historian’s breadth of research—is worththe price of admission.

In a world where thisaccount of the history of combat trauma is little understood, the “badapple” theory is instead often used to dismiss the toxic aftermath offront-line service. And some of the men Philipps portrays in the book had hadtrouble with the law before joining the Army and/or came from fracturedfamilies. But the overwhelming evidence from an epidemiological researchproject of Fort Carson soldiers supports the fact that, while these men mighthave become scofflaws, their experiences at war hard-wired them for violenceand criminality: “war nudged guys that might have struggled with minorcrime into something major.”

Thelist of villains in this book is long: the criminals themselves; the sergeantsand commanders that ridiculed psychologically damaged soldiers; the overallArmy culture of machismo and the undermanned Army sent to fight by cluelesspoliticians; doctors who pumped kids full of psychotropics in order to keepthem in the fight; social workers who facilitated the illegal and amoral generaldischarges of combat-injured warriors who should’ve received medicaldischarges.

But there are a fewheroes: Georg-Andreas Pogany, a former special forces interrogator and tirelessadvocate for soldiers’ rights and mental health services; and the tragic-heroicGeneral Mark Graham, who’d lost his own two sons to the Army—one a suicidewhile enrolled in ROTC, another a greatly admired lieutenant killed in thestreets of Iraq while at battle. Graham has done radical things to protect themental health of combat soldiers, including the design and implementation ofthe Comprehensive Soldier Fitness Program.

Still, as long as we wagewars, young men will return from battlefields scarred and hurting, prone toviolence, damaged, frail, and at loose ends. Lethal Warriors is a new and brilliant perspective on these men andof the long-term costs that our warring costs us all.