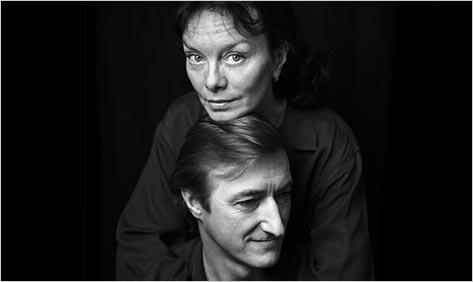 Julian Barnes’s Levels of Life is a strange book about loving someone and losing them. Barnes’s wife, Pat, to whom the book is dedicated, died in 2008. A photo of her, embracing Barnes, appears as the author photo on the back flap. But the first two sections of this short book have little to do with Barnes — they are a whimsical history of ballooning, and a related story about the romance between Sarah Bernhardt and Fred Burnaby, a soldier who crossed the English Channel in a hot-air balloon in 1882. Barnes begins the book with the following line and repeats it at the beginning of each section:  “You put two things together that have not been put together before. And the world is changed.” Ballooning seems to be a metaphor for the spontaneous nature of love and the horrible risk that you open yourself up to in falling in love — the crash of losing that person. “Every love story is a potential grief story,” he writes.

Unlike other memoirists who have attempted to make some kind of sense of grief, Barnes — who previously addressed the problem of mortality in Nothing to Be Frightened Of — is confident that death is an absolute ending. “I do not believe I shall ever see her again. Never see, hear, touch, embrace, listen to, laugh with.” There is a kind of beauty about his devastating honesty; he even tells us he has considered suicide. Again, with the ballooning analogy — not being able to experience life alongside his wife results in a loss of depth. “Everything you do, or might achieve thereafter, is thinner, weaker, matters less. There is no echo coming back; no texture, no resonance, no depth of field.” Though there can be no greater meaning for his loss (as he puts it, “What is ‘success’ in mourning?”), Barnes succeeds in transmitting to those lucky readers who have never lost someone,  this experience of grief as one among many “levels of life,” utterly subject to change, without reason, at any moment.