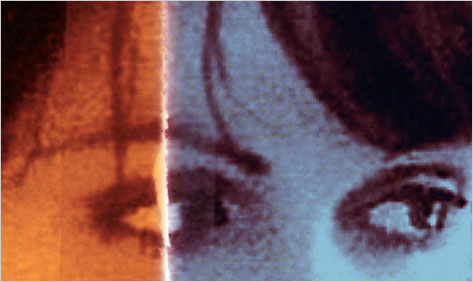 In 1995, a poet by the name of Mary Karr helped change the landscape of publishing, making memoir the mountain every writer wanted to climb, because from its heights one could survey literary fame and sizable royalty checks. This she did with The Liars’ Club, the energetically written — if at times suspiciously too-vividly recalled — personal history of growing up in a Texas backwater with a dizzy nutcase of a mother who liked to hit the sauce (and occasionally other things) a bit hard. The author’s recipe of colorful episodes of destructive behavior retold in down-homey locutions, childish pain revisited from a distance that allows for reader-friendly humor, was so winning it inspired many others to join the Sin Sweepstakes. Still, no one rules the genre of misconduct autobiography quite like Mary Karr.

In Lit, following on Cherry, the sequel to The Liar’s Club that tells the story of her adolescent years, we have a Kunstlerroman that braids three narratives (each of them expressing a variant meaning of the word “lit”): Karr the writer of literature; Karr the survivor of a marriage that burned to the ground; Karr the suicidal drunk who got sober, and sane, by finally recognizing her higher power.

Her success at this type of self-portraiture depends on making the reader relate to the emotional universality of a life lived very specifically. Yet that is also the source of a slight unease: how loose a rein is the storyteller’s hand giving fact? While many of us have trouble recalling what we had for breakfast, the plausibility of Karr remembering entire meals eaten a quarter of a century earlier — along with enough detail (taste, temperature, smell, sound) to pack full the trunks of three volumes of memoir — is, if not suspect, at least proof that the best personal histories are neither fiction nor nonfiction, but their own beast.

As in her previous efforts, Lit is plumb crammed with tough stuff, drinking and cussing and vomiting and hurting of all kinds. She shakes a sort of glee off it, and her audience applauds, because we all approve of flinty-spirited girls who instead of crying in the face of abuse, stick a thumbnail under their teeth while standing their ground with a squinty-eyed (but cute) determination. And whether or not she was that full of piss and vinegar as a child, Karr the grown-up writer is self-aware enough to deftly arrange for that approval. She keeps the loping gait of backcountry rhythms in her patois (she is a poet, after all), whether by artifice or nature it is hard to tell, but easy to guess: “I padded out of my room to ask Lecia was she coming to bed” (from Cherry); it’s just not the same to write, “to ask if she was coming,” and it’s not as easily likable. Because no matter what she reveals here — primarily the crime of drinking on the job as a mother — she remains likable.

In so being, she takes aim at her youthful self as black-clad scrivener of woeful verse, aching to be gone from her dreary oil-town past. And she hits the red center of the target when slinging arrows at the family of Warren, the man she marries, a blue-blooded Eastern litterateur. (Of her father-in-law’s reaction to the child they eventually had, she writes: “[H]e seemed to eye Dev’s festive ramblings as he might have a cockroach’s. He once made the boy cry by calling him — beyond my earshot, of course — an ignorant little crud. ” Then, in perfectly emblematic Karr style, she adds, “Dev’s teary response, which Warren reported — You’re a big fat man with a red nose — proved Dev had enough Texan in him to take the patriarch in a verbal tussle.”) One gets the idea her ex-husband and his family will not find their portraits as humorous, or as sympathetic to the author, as will her readers, who by this point have pitched all their tents in her camp.

The book is not only slingshots and spitballs, of course. Karr has a flair for inserting the meaningfully evocative into her story, but in the right proportion, as a fine chef knows how and when to add the seasonings that will heighten flavor without overpowering a dish. Such a (dare I say it) poetic moment is the one that takes place in a cab on the way to her rehearsal dinner: “I take no comfort in sharing anxiety with my once towering, powerful mother, for any ways we favor each other feel distinctly unbridal. I show her my throat, adding, Make me smell like you.” Karr knows exactly how to deploy these striking images, sparingly, whether or not they actually occurred. One does not ask of a poem if its facts are straight.

It is the third strand of this tale, however, that breaks the literary bank. She has set herself a high bar with the religious conversion tale, certainly; as with writing convincing sex scenes — the action that defies words — how one came to see the One True Light lends itself poorly to entertainment. Reading of it can only make you feel like you should get converted too.

Blame it on the Twelve Steps, perhaps. She could not have gotten clean without the program — she tried on her own, with the usual results, and then she tried not to try, but finally the wisdom, sanity, and caring of her AA compatriots broke her resistance — and thus she would not have written this book. But the opportunity comes at the cost of the high luster to which she customarily polishes her prose; here it becomes instead discursive, a letter of explanation directed at her family (sometimes literally: “Thanks, Warren, for…”). She credits the career breakthroughs that enable her to rise from penury, not to mention poetry — first a Whiting Award, then a chance meeting with an agent who presses her to turn a failed autobiographical novel into the memoir that becomes a bestseller — to her growing acceptance that there is a god who is responsive to supplication.

If preaching to the already converted, this will seem like a foregone conclusion, but the only thing the rest of us have to go on is her say-so. And say-so belongs in another genre of work; essay, maybe, or apologia, but not the rollicking storytelling Karr has trademarked. Indeed, she seems a little defensive, for tough-talking intellectuals are not supposed to become church-going believers — especially not Catholic ones — and so the book ends with the small whimper of insular experience, not the bang of universal identification.

For a minute there I found myself wondering just what exactly it is about the tunnels and byways of one person’s very particular emotional life that can make the best memoir so satisfying to read. It is, after all, her individual history, her upbringing in a place we will likely never know, with its depressing VFW bar and its grade school and its arguments behind closed doors. Then I realized that in the end, we all have only these few things: love, loss, family, family love lost. We may prefer not to look. But when a good writer does it on our behalf, she lends us her courage for the duration.