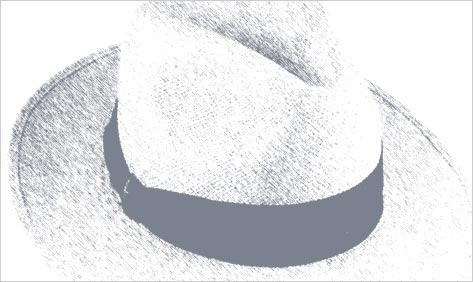 The options for the evening seemed simple: either I go toballet class, despite one of those headaches that feel like someone is tryingto enlarge my left eye-socket with a Phillips-head screwdriver, or I stay athome, take something for the pain, and go to bed. Simple. One of two.

The problem, however, was that Ihad been reading Dr. Brian Greene’s book The Hidden Reality, whereinhe explains that in an infinite universe, there are an infinite number of JessaCrispins, living out an infinite variety of different lives. The idea of theparallel universe is a logical leap from what we know of our finite world andwhat we assume infinity to be. The theory is impossible to prove, and yet it iscapable of ruining your evening nonetheless. I was a bit paralyzed by themathematical implications. How many of the infinite Jessas sitting on the edgeof their beds cradling the left side of their face would choose to suck it upand go to class? And if I stayed home, how would our paths diverge from thispoint forward?

I wrote out a list: The PossibleConsequences of Going to/Skipping Ballet Class:

All thatjumping around makes my headache worse and I have to spend the next day in bed.

I comeacross a 50-euro note lying on the street.

I passsomeone on the pavement, our eyes meet, and my life turns into a John Cusackmovie.

I landwrong from a jump or a turn, and I break an ankle.

Each of these possibilitiessplintered further.

Witha broken ankle, I would have to cancel an upcoming trip, and then…

Witha 50-euro note, I would buy tickets to operas, and there…

As I wrapped myself in a quiltand told myself staying in bed seemed safer, what with these infinitecause-and-effects to deal with, I couldn’t stop thinking about those infiniteJessas. How many were rendered unrecognizable due to a lifetime of these tinylittle decisions? How many of them were dead already? How many of them would Ihate if I met them? How many of those traumas that in my past look so hulkingand immovable—so fated—had been successfully skirted?

I better understand now why somany of the mathematicians who put their hands on theories of the infinitehanged themselves in hotel rooms or were carted off to the asylum. Faced withan infinite number of myselves, I did not feel expansive and infinite. I felttrapped in a tiny fragment, one that was perhaps getting everything wrong. Itfelt unfair that I couldn’t check in with the others, do a little side-by-sidecomparison.

But then, the narrator of Dezső Kosztolányi’s Kornél Estispent most of his life not wanting to know. He grew up with all of those littlealternatives personified in his identical counterpart, named Kornél—not a twin,at least not by blood, but a true lookalike. Perhaps just a citizen of aparallel universe, displaced in space and time. At first, in childhood, the contrastis invigorating. Kornél pushed the narrator out of his timidity and hisrespectability. But that other version began to get embarrassing once hereached adulthood. He found this other self distasteful, and couldn’t stand tobe near him anymore. The contrast was too striking.

We all carry around what the poet Eavan Boland calls our “anti-history,””a place where some turn was taken that seemed to put the future in doubt.”If that turn was traveling beside you, in human form, chatting you up, living yourunrealized potentialities, disabusing you of the self-delusion that helps uslive life without regret constantly bursting through our membranes, you’d stopreturning his calls, too.

But then. “I had passed themidpoint of my life, when one windy day in spring, I remembered Kornél Esti.”Of course that happens at that midlife marker, traditionally celebrated withinfidelity, cars without tops on them, and the burning down of yourmetaphorical or literal house. After years of closing yourself off to the alternatives,to prevent yourself from ending up a neurotic mess with one shoe on and oneshoe off, the allure of the other life unlived is overwhelming. That’s anexcellent time to check in with your shadow, and see the results of all ofthose times you zigged and he zagged.

If one has to choose betweenbelieving in infinite choice and fate, fate seems like the sanest option.Apologies to Brian Greene and all of the scientists throughout time. NickDormer appeared to be faced with a choice in Henry James’s novel The TragicMuse: hecould either continue his life as a politician, or he could throw it over for alife as a painter. The life of a politician would be comfortable financially;it would even have a fiancée in it. And when it’s revealed he has realtalent—talent that needed time and work to be nurtured—Nick’s reaction is not arevitalized choice, but an exhausted resignation. It is a very tired god damnit. “I’m a freak of nature and a sport of the mocking Gods,” he tellshis friend, as he realizes what must be done. From then on, it’s fate. He doesnot defend his decision to his detractors, his girlfriend, his family. They allfall away, despairing at what happened to their Nick, the one they knew andloved—but he does not question or regret. He steels himself against all of theother possibilities so that he can attend to his new life.

I think he, too, would refuse tocall on his politician doppelganger. Because there are sacrifices, even if itlooks like you’re choosing the glamorous life of greatness and artistry over aquieter domestic scene. James makes that clear in The Tragic Muse, asNick loses nearly everything familiar to him, including the woman he loves. Shehas a specific path she’d like to be on, and she has no interest in looking at thealternatives. In Kornél Esti, the narrator seems the dull one, the manwith the shirt always tucked in. Kornél is boisterous and lively, and he leapsoff the page. But eventually he is exhausting. For every adventure, you give upa molecule of stability. For every wild impulse followed, you sacrifice thepossibility of discipline. There are compensations, for both paths.

Kornél reassures his staid opposite, as he stands there alittle embarrassed of all the times he decided to stay home, rather than hop ona train to Bulgaria: “One must not be ashamed of anything. Our fate isstars and rubbish.”

Fiction is all of the paralleluniverses I need (and apparently, all I can handle). Lives played out that aren’tmine, except for tiny intersections and coincidences. An impassioned argument Ihad with a lover, only to read an account of it in my Henry James novel a monthlater. An emotion I didn’t know had a name, defined for me by Elizabeth Bowen.The consequences of waiting for the next train, rather than dashing for thefull one, written out in Kornél Esti.

I made a decision. When it camedown to how to spend a 100-euro windfall, I chose reserving a train ticket toSwitzerland over buying the pair of shoes I had been admiring through a window.I agonized over it, because that’s who I am in this universe: someone who spinsso quickly in different directions it becomes stasis. But finally, action, andI put my money down on a bed on the overnight train to Zurich. Perhaps if I hadbought the shoes, I could have worn them to the opera, and there an importantwoman would have admired them, and as she came over to compliment me on them…

However that story ends, it’snot mine; it belongs to the Jessas in universes #580,208,405,692 -#789,902,974,755. There’s always the possibility that this train ride will endin a derailment, high in the mountains, and we passengers will be forced tocannibalize one another… but there are other possibilities, an infinite arrayof them. I just need to wait and see where things go from here.