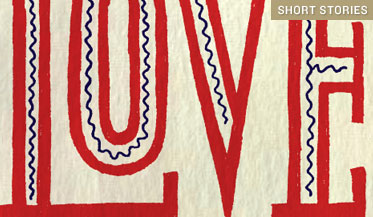 If his new collection of stories, Love and Obstacles, is any indication, the Bosnian writer Aleksandar Hemon is suspicious of both coming-of-age stories and the dysfunctional family memoirs that have turned out to be a publishing staple. That may be an odd way to describe a collection of linked autobiographical stories, told in the first person, that carry the Bosnian narrator from adolescence to the first flourishings of his writing career.

But Hemon seems to understand the potential for narcissism that lurks in both the coming-of-age tale and the memoir. As welcome as depictions of our adolescent awkwardness can be, if only to affirm that we were not alone in the uncertainty and embarrassments of those years, too many writers have confused callowness with charm. They expect us to be won over by lumpen young protagonists, usually male, whose shallow souls are often as pimply as their faces. And the torrent of family memoirs that shows no signs of abating can make you wonder if we will see some kind of affirmative action for writers who had happy childhoods in order that they, too, may get a book contract.

Perhaps growing up in the waning days of the Soviet bloc and reaching adulthood during the war that followed the disintegration of Yugoslavia gives a writer a larger perspective to begin with. (Hemon was visiting Chicago in 1992 and was stranded here in the United States when war broke out in Sarajevo.) For all that, Hemon is very reluctant to put himself forth as the voice of his ravaged country. “I contemplated going back to Sarajevo early in the war,” says the narrator of “The Conductor,” “but realized I was not and never would be needed there.” There’s a sense of relief in that blunt admission, especially coming right after the narrator says, of a Bosnian poet who has become a representative of his country, “If you are the greatest living Bosnian poet, if you write a poem called ‘Sarajevo,’ then it is your duty to stay.”

Reading Love and Obstacles, it is sometimes easier to figure out what Hemon doesn’t want to say than what he does. He’s a gruff, hardheaded writer who isn’t particularly out to charm us. But the unsparing eye he turns on his stand-in, and every other character, is what makes Hemon trustworthy, if not exactly endearing.

“Everything” finds the teenage protagonist having been designated by his family to travel by train and bus to the city of Murska Sobota and obtain a freezer chest. A conventional writer would have provided a tale that tied our guts up in knots, waiting for the young man to blow the money he’s been entrusted with before heading home broke and shamed. Hemon’s narrator completes his mission; no catastrophe awaits him or the relations who have put their faith in him. That doesn’t mean he escapes a sense of shame. Bursting with an excess of hormones unmatched by common sense, he gets knee-walking drunk and, in the wee hours, bangs on the door of the buxom American tourist staying across the hall in his faded pile of a hotel. Chastened by the ancient night porter, he winds up hung over and embarrassed, failing miserably in his fantasies of being footloose in the big city — or at least footloose in Murska Sobota.

The tale ends with what turns out to be a Hemon trademark, the deflating deadpan punchline:

The freezer chest arrived after seventeen days. We filled it to the brim: veal and pork, lamb and beef, chicken and peppers. When the war began in the spring of 1992, and electricity in the city of Sarajevo was cut, everything in the freezer chest thawed, rotted in less than a week, and finally perished.

That unmistakable but understated metaphor for the waste of war is a sharp way of avoiding the graphic descriptions of casualties we expect in war fiction. (It may also reflect Hemon’s feeling that it would be dishonest to describe what so many of his countrymen saw while he was safely in the U.S.)

Such deliberate distance from the subject at hand can be also in seen in “The Conductor,” which peaks with Hemon’s descriptions of preening young poets hanging out in cafés, and the narrator who dreams of joining them. “I’d totter home alone, composing a poem that would show them all that Muhamed D. had nothing on me, that would make Aida, Selma, and Ljilja regret never having let me touch them.” This section of the story is funnier, more exacting, and more compact than the similar comedy of young poets that opens Roberto Bolaño’s “The Savage Detectives.”

The trouble, though, is that Hemon’s distance results in a book that’s difficult to warm up to. Love and Obstacles has passion, but passion that is expressed in gnarled disgust, thwarted hopes, drunken bitterness, and, it must be said, the heavy-spirited gloom that the Eastern European soul seems particularly prone to. The final two stories in the collection, “Death of the American Commando” and “The Noble Truths of Suffering,” come close to the self-absorption the book has avoided until that point, partly because they are steeped in the backbiting nastiness of the literary world.

But it also must be said that, finally, the unsatisfying conclusion doesn’t diminish Love and Obstacles. Hemon will never be called a companionable writer. You don’t live the life he has and come out of it ready to make nice. I don’t want that to suggest that the tragedy of Sarajevo was, for Hemon, some kind of literary boon. But when American readers have become used to exquisite writing that seems to have no concerns outside of style, a writer who has been forced to look outside of himself counts for something. Reading this hardheaded book is like spending time with a friend who has never quite learned how to carry on a polite conversation. It’s occasionally exasperating, but you know you’re not wasting your time.

Previous Previous Post: God Says No
Next Post: Rosenfeld's Lives: Fame, Oblivion, and the Furies of Writing Next