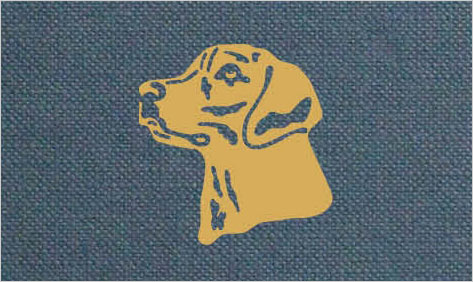 Loyalty, as the subtitle of the new book by Wall Street Journal columnist Eric Felten reminds us, is indeed a vexing virtue—so much so that we might wonder, at times, whether it really is a virtue at all. Has loyalty not, at times, motivated people to do the foulest deeds? (Hitler demanded loyalty above all of his followers, and the September 11 hijackers were undeniably loyal to their cause.) And have people not been asked to make the greatest of sacrifices in its name? The ironic distance between the rhetoric of patriotism and the reality of what patriotism demands can be jarring: one thinks of Wilfred Owen’s poem, “Dulce et Decorum Est,” or of Randall Jarrell’s “The Death of the Ball Turret Gunner.” And after reading Felten’s book one will also find oneself thinking of the following message, sent by the Japanese-American Citizens League to their constituents at the outset of their internment, following the attack on Pearl Harbor, by the U.S. government:

You are not being accused of any crime. You are being removed only to protect you and because there might be one of you who might be dangerous to the United States. It is your contribution to the war effort. You should be glad to make the sacrifice to prove your loyalty.

Is a “virtue” that demands not only that we make such sacrifices, but that we make them happily, really something to admire at all?

But for all these doubts, Felten wants to insist that loyalty is, indeed, a virtue, one that has been neglected and under-appreciated in “our glib, sarcastic, postmodern age. . . . Loyalties—whether to people, to community, or to God—are essential in shaping and defining our identities. . . . We are, you could say, what we are loyal to.”

Though it is clear where Felten stands—he strongly approves of marital fidelity, loyalties between friends, and, in an allegedly limited form, patriotism—Loyalty is not a book of theory; it is composed mostly of stories and examples, both real and fictional. Many of them are entertaining, though their import is not always made clear, as Felten is more of a recounter than an interpreter. The result is a book that is reasonably fun to read, and at times deeply interesting, but which is unlikely to change the minds of those who find the claims of loyalty dubious.

“We’ve been so discouraged by abusive demands of allegiance that we’ve come to see loyalty as a threat to freedom and self-government,” he writes. “In truth, it is just the opposite. For self-government to succeed, we have to be able to trust our countrymen. We have to believe that our disagreements are family squabbles, that even our most vigorous disputes are nothing but differences about what is best for the nation.”

It is, perhaps, the “nothing but” that should concern us, for it suggests that, despite Felten’s insistence that patriotism is not “rooted in unjustifiable beliefs about one’s country’s superiority,” the friendly face that he attempts to put on that particular (and particularly dangerous) sentiment is at best skin deep. Surely, in this increasingly complex and increasingly globalized world, there are things to consider other than what is good for our own selves and fellow citizens? And just how far from “my country, right or wrong” is “my country—nothing else matters”? Much of what Felten says about patriotism, and loyalty in general, is sensible and even common-sensical, but at moments like this he seems not to grasp the truly deep tensions that loyalty gives rise to. Despite his choice of subtitle, it may be that loyalty is more vexing than Felten himself is able to recognize.