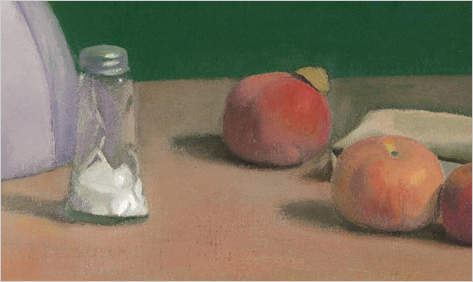 On December 8, 2007, Roger Rosenblatt’s 38-year-old daughter, Amy, collapsed while running on her treadmill in her Bethesda, Maryland, home. The two eldest of her three children, ages 6, 4 and 1, were playing nearby and ran for help. Amy’s husband, a hand surgeon, rushed to her and performed CPR, but it was too late. Amy — mother, daughter, sister, friend, doctor — had died instantly of a heart defect she hadn’t known she had. What happened in the months following this unimaginable event, how a family reassembles itself after a devastating loss and moves on, is the subject of Rosenblatt’s spare, moving book Making Toast. And while Rosenblatt’s story, which originally appeared as an essay in the New Yorker, is deeply sad — about 20 pages in, I had to put the book down and hunt down a box of Kleenex — it is never sentimental. Neither is it angry.

Convinced of the meaninglessness of Amy’s death, Rosenblatt, who calls himself “nonreligious,” doesn’t go looking for big answers. Instead, he seeks a way to get through each day — and to help his suddenly motherless grandchildren make it through as well. He and his wife, Ginny, move into Amy’s house to help care for the kids. They take them to school, soccer games, piano lessons; arrange playdates; attend class events; prepare breakfasts, lunches and dinners. “I am leading Amy’s life,” Ginny observes, heartbreakingly. It is in these everyday moments — mastering the art of making toast precisely the way his youngest grandson likes it — that Rosenblatt, who has been a Time columnist and “McNeil/Lehrer News Hour” contributor, finds the answer he hadn’t sought, a lesson not about death, but about life. The key, he discovers, is “to value the passage of time.” That’s a lesson for us all.

Previous Previous Post: Howl in Court
Next Post: He Crashed Me So I Crashed Him Back Next