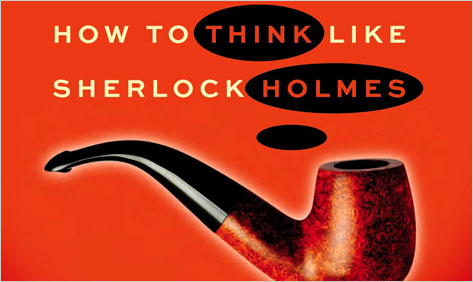 He has inspired countless iterations in print and film at the hands of interpreters as diverse as Nicholas Meyer, Michael Chabon, Billy Wilder, Jeremy Brett, and Nicol Williamson. Most recently, we’ve seen Guy Ritchie’s lumbering, noisy feature films go head-to-head with the BBC’s superb modern-day Sherlock. Add to the mix Elementary, NBC’s wan Sherlock clone, and it’s clear that more than a century after he tumbled into the Reichenbach Falls, Sherlock Holmes’s grip on our imagination remains unshakable.

But why?  It can’t be entirely on literary merit; the Holmes canon of fifty-six short stories and four novels by Arthur Conan Doyle can be wildly uneven. (Try reading The Valley of Fear, or most of the stories from His Last Bow, for that matter. Holmes was never quite the same after he emerged from the falls.)  Many of the stories lack suspense, at least by twenty-first-century standards. So why do we keep returning to 221B Baker Street?

“You have been in Afghanistan, I perceive” is the observation that launched a thousand films, sequels, and imitators. The first words (after “How are you?”) that Holmes says upon meeting Watson in A Study in Scarlet have become the template for all that follows: A display of extraordinary, apparently superhuman deduction, seemingly arbitrary but, upon closer inspection, the result of the methodical assemblage of a handful of details. Other men see; Holmes observes. And who among his fans has not, even briefly, imagined that we, too, might observe as Holmes does?

Maria Konnikova takes this impulse and gives us hope in her first book, Mastermind: How to Think like Sherlock Holmes, although the book might be more accurately titled How Sherlock Holmes Thinks like Sherlock Holmes. Readers looking for a prescriptive program to turn them into Holmesian cogitation machines may come away disappointed. But those seeking to understand the neurological and psychological underpinnings of the great detective’s mind will find a knowledgeable guide in Konnikova.

She deploys two useful metaphors as the scaffolding upon which she builds her examination. First there’s the Holmes system and the Watson system of thinking. System Watson is characterized by “lazy thought habits — the ones that come most naturally, the so-called path of least resistance.” System Holmes, on the other hand, is “a world where every single input is examined with…care and healthy skepticism.”   Throughout the book, several well-known scenes from the stories are effectively parsed through the lenses of System Holmes and System Watson.

Konnikova also devotes considerable time to the notion of a “brain attic,” a term used by Holmes himself in A Study in Scarlet. She examines both the attic’s structure and contents through a series of chapters — Stocking the Brain Attic; Exploring the Brain Attic; Navigating the Brain Attic; Maintaining the Brain Attic — that look in detail at aspects of memory formation, retention, and retrieval. She is particularly astute in her examination of the role of imagination and creativity, traits that seem, on the surface, to be superfluous to Holmes’s strictly logical approach but turn out to be crucial.

Konnikova, a doctoral candidate in psychology at Columbia University, knows her Holmes well and deploys the stories effectively to illustrate her more technical points. She also includes numerous recent psychological case studies, most of which reiterate the importance (and difficulty) of being mindful, being aware of bias, and holding back instinctive responses. System Holmes, in a nutshell.

Although English is not her native language, she writes it fluently. She is not, however, a memorable stylist, and Mastermind has its longueurs, especially in the Brain Attic chapters; long passages of dry, technical language, perhaps inevitable given the subject matter but not easy to wade through:

In other words, the neural loci for evaluating logical implications and those for looking at their empirical plausibility may be in opposite hemispheres — a cognitive architecture that isn’t conducive to coordinating statement logic with the assessment of chance and probability.

Konnikova has, however, saved her best for last. The book comes together beautifully in the penultimate chapter, in which we get to the main event — the deductions themselves — as she unpacks the memorable opening of The Hound of the Baskervilles throughthe prism of all the science she has previously examined. Examining a walking stick left behind by a missed caller, Watson develops an entirely erroneous picture of the man, fueled by his own biases and associations, whereas Holmes, sticking to Konnikova’s system and utilizing his formidable brain attic, captures Dr. James Mortimer down to the size of his dog. It’s a bravura turn.

Konnikova reserves the last chapter for the cautionary tale of Doyle and the Cottingley fairies, in which the creator of fiction’s greatest exemplar of rational thought failed to follow his own precepts and was taken in by a photographic hoax dreamed up by two young girls. System Watson is, in the end, the one likely to master us all.