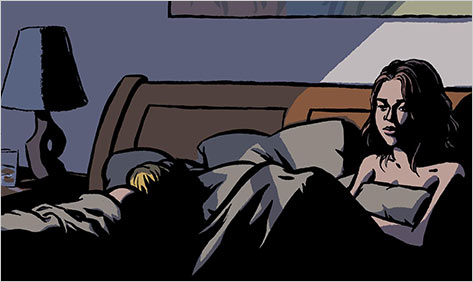 Susan Choi’s fourth novel, My Education, could be lumped into the ever-growing pile of coming-of-age-via-shattered-innocence  tales — like Lynn Barber’s memoir of a very similar title, An Education. But Choi turns the cliché on its head by having her protagonist, Regina, an English doctoral student, fall in love not with her older male professor but instead with his mysterious and pregnant wife. Seeing Martha for the first time, Regina feels the impact of her attention. “Without pausing she threw a look at Brodeur that seemed to drop on him like a grenade…she was impressive in that way that preempts every other impression.” And her depiction of the ensuing affair is suitably steamy: “We lay hours on end raptly stroking the other’s smooth face…we endured our orgasms like shipwreck survivors with hoarse shrieks of actual fear.”

This is not Choi’s first time at the rodeo. Her second novel, American Woman, was a nominee for the Pulitzer Prize. But her flowery language occasionally goes overboard, as in this mouthful of SAT vocabulary: “My classmates constituted a cabal of highly specialized persons, and once the spell was broken they piped up in an elaborate argot.” Subplots and minor characters are introduced too late or neglected for too long to make much sense of the novel’s ending. But all that said, My Education is more than just a juicy summer read. Choi’s accomplishment is her ability to capture the feeling of falling in love. When Martha comes to visit Regina’s new apartment, Regina marvels, “How had she done it? She had bound the room deftly together…now all was snug.” My Education shows us just how ignorant we are at that first bloom, and how little skill most of us have at discerning the difference between lasting love and utter infatuation.